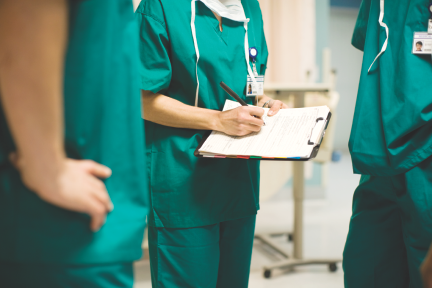 Dr. Wynand Wessels, a Grande Prairie surgeon, has been found guilty of unprofessional conduct by the College of Physicians and Surgeons of Alberta (CPSA) after he shaped and hung a rope in the shape of a noose on an operating room door.

The CPSA says the noose was directed at one or more of his colleagues.

The Order of the Tribunal documents says the noose was placed on the operating room door June 24, 2016 at the Queen Elizabeth II Hospital in Grande Prairie.

Wessels will face a four-month suspension on his practice permit along with two weeks of that suspension remitted for an unpaid leave requested by Alberta Health Services, says the CPSA.

He will also be responsible for 75 per cent of the costs of the merits hearing, sanction hearing, and investigation.

The total costs are still unavailable.

“CPSA had asked for a longer suspension, but we must respect the independence of the hearing tribunal,” says Dr. Scott McLeod, CPSA Registrar.

“It’s important not to lose sight of the fact that Dr. Wessels has been found guilty of unprofessional conduct, and a suspension demonstrates this behaviour is not appropriate or acceptable.”

The merits hearing tribunal found that Wessels hung the rope with the intent to send a threatening message to one or more individuals.

“There was insufficient evidence to prove Dr. Wessels was motivated by racism,” according to the CPSA.

“Whether Dr. Wessels’ intent was racist or not, CPSA believes the evidence presented demonstrated his actions were perceived by colleagues as racially-motivated and left a negative impact on many Albertans and the profession,” said McLeod.

According to court documents, Dr. Oduche Onwuanyi assisted in the operating room where the noose was taped to the door. He said he saw it placed as a message for “blacks need to be cautious,” according to the documents.

This item is reprinted with permission from Town & Country News, Grande Prairie, Alberta.