‘Granfondo’ brings over over 3,000 cyclists to Okanagan BC

For Sean Dougherty, his summer homecoming trip from Chile was all for a 153-kilometre bike ride and a bit of holiday.

Dougherty is the former director of the Dominion Radio Astrophysical Observatory in Kaleden, just south of Penticton. He returned home to join 3,000 other cyclists in Sunday’s 2022 Okanagan Granfondo.

“I haven’t been back for five years and I just wanted to come back and do the bike race,” said Doughtery, standing with his bicycle on Main Street just prior to the race start at 6:30 a.m.

“We still have our house in Kaleden so it was also a chance to catch up with old friends.”

He is currently working as director at the ALMA observatory in Chile in the Atacama Desert at a elevation of just over 5,000 metres. The observatory has the largest telescope in the world.

After finishing the grandfondo (153 kilometres) race in a time of just over four-and-a-half hours — along the roads of his old stomping grounds in the White Lake area — he had just one word for his two-wheeled adventure: “Awesome.”

There were 1,572 men and women in the granfondo portion and about the same number combined in the other three divisions of 121 km, 85 km and 48 km.

According to organizers, 82% of the riders were from B.C. but other countries represented included the U.S., Brazil, Australia and Germany.

For Ben Bounds of Nelson, this year’s Granfondo was his first ever and he was all smiles after completing the mediofondo event (85km).

“I did it in under four hours, so at 78 years of age, I’m just super happy,” said Bounds. “I’ve been waiting for this race for two years and I just kept getting older so I was a little worried about how I was going to do.

“It was just beautiful out there and really exciting. These young guys don’t realize that when you get to my age, you can still do these things.”

Paul Sutton of Squamish was just pleased to make it to race day after discovering a hole in his tire after doing the Summerland descent down Highway 97.

“It didn’t inspire a lot confidence so I’m very glad I’m here,” said Sutton as he fixed his tire Sunday morning before the race start. “I really enjoy riding in a group and seeing the terrain, it’s amazing, really nice here.”

In the end it was Vancouver’s Jeffrey Werner crossing the Main Street finish line in three hours, 49 minutes, nine seconds.

Right behind him in the 153-kilometre race was Manuel Fehlmann of Vernon in second place and North Vancouver’s Alexander Timmer in third.

There were 1,572 men and women in the granfondo portion and about the same number combined in the other three divisions of 121 km, 85 km and 48 km.

The event took riders on a variety of courses that included the regions of Summerland, Oliver and Osoyoos.

This year included a change at the beginning, using waves instead of the usual mass start.

On the women’s side of the grandfondo it was Esia Davill of North Vancouver finishing first in 4:10:15, seven seconds ahead of Elliot Kulach of Vancouver. Megan O’Boyle of Vancouver was third.

In the Velocefondo (121 km) James Hawkins of Vancouver was first in men and Alesha Miller of Vernon was the top woman.

Kelowna’s Jacek Synoradzki was first in the Mediofondo (85 km) and the women’s winner was Lori McLaren of Victoria.

Registration is now open for the 11th annual Okanagan Granfondo scheduled for July 9, 2023.

To view a complete set of race results from all four races visit: okanagangranfondo.com

This item reprinted with permission from The Herald, Penticton, British Columbia 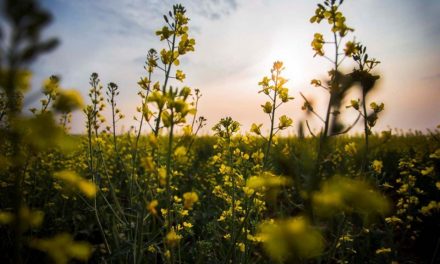 ‘Running With the Bulls’ good times at Strathmore AB Stamede 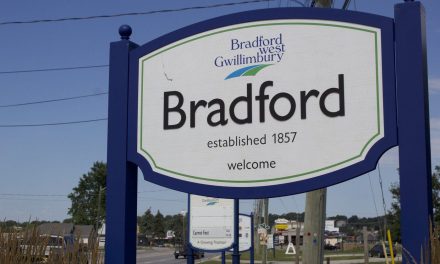