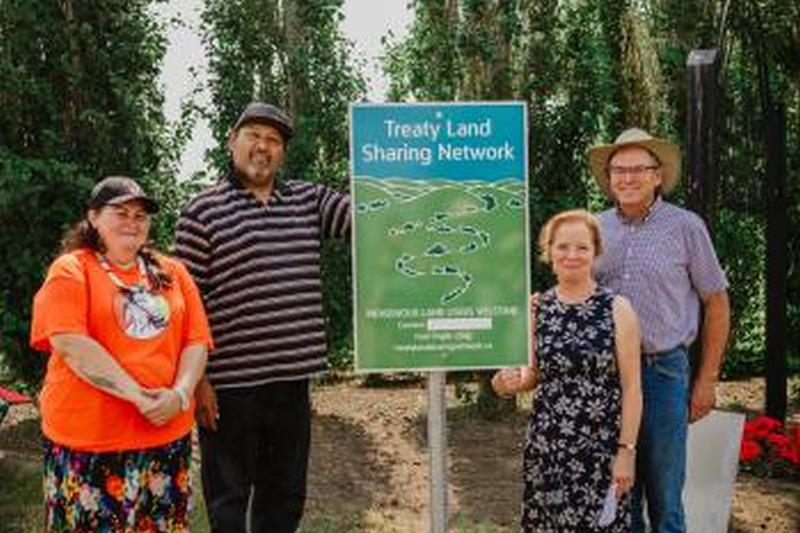 As the province of Saskatchewan verges on making land less accessible to Indigenous hunters and gatherers through pending trespassing legislation, a group of farmers and ranchers are acting as a “counterpoint.”

He admits, however, he wonders what the catch is even though he was part of the launch event July 15 for the new Treaty Land Sharing Network (TLSN).

TLSN is a grassroots group made up of farmers and ranchers who have joined to share land that they farm. They actively welcome First Nations and Métis people to practice their way of life on that land. They have not gone through any formal steps with any Indigenous organization in the province. They are making their intentions known through the July 15 launch and a website.

Land within the network can be accessed for gathering plants and medicines, hunting, holding ceremony, and other uses.

“I can’t figure it out. I tried. Yesterday I was at the launch and I was still trying to figure out. There must be an angle… because I grew up in Saskatchewan,” said Desjarlais, who has been a bow hunter for the past 20 years and raised his four children on wild meat.

“When we access our game and our roots in the province of Saskatchewan we are accustomed to game wardens being called, being accosted, farmers to kick us off their land,” he said.

This item is reprinted with permission from Windspeaker.com. For the complete article, click HERE