Agroforestry could be the next belt that city council buckles up, after one councillor advanced the idea to the next strategic planning session.

Keith Page petitioned council to consider discussing establishing a “greenbelt” encircling the city which would protect Nelson from the effects of wildfire and also add another facet to the city’s economy.

He took the provincial response to a resolution the city put forth last year — which passed through the Union of B.C. Municipalities (UBCM) — that urged the city to delve deeper into consideration of the developing of agroforestry tenure licences.

The Ministry of Forests, Lands and Natural Resource Operations (FLNRO) applauded the work of the Selous in Bloom project — a collaboration between the regional district and Kalesnikoff Lumber Co. Ltd. — whereby land laid bare by clearing the beetle-infested Douglas fir and wildfire mitigation would be put to agricultural use.

Page had spoken in the past about the need to establish a greenbelt — like a working community forest — around the city and establishing a direction where Nelson was going in terms of its long-term growth.

“But (the province) really sent us in that direction, and there is a lot of good stuff there that we should refer this conversation to for our next strategic planning session, either for ourselves or for the next council,” he said during the last city council meeting on April 5.

“But I’m not entirely clear about the encircling of the city. If I’m not mistaken, we either have parks or private land that surrounds us and, in my mind, the community forest operates on Crown land,” he said.

“So, is the thinking there that … to establish a community forest enterprise it would push into Crown land, and go further out?”

“I think that it would start small and grow, it might also be about red tape pulling,” said Page.

“It is a discussion we need to have in a strategic priority setting to understand are we going to establish a small community forest downstream of Cottonwood Lake and expand it and bring in these agroforestry values?

“I think what is important here is we supported a resolution that made its way all the way through … UBCM and the province, and the province has come back and said the forests are alive and vibrant and productive and the things we are talking about could live inside one of those.

A motion was passed to move the topic of agroforestry to the next city council strategic planning session.

Called an agroecology approach to climate change adaptation, the Selous in Bloom project aims to put land laid bare — in the process of clearing the beetle-infested Douglas fir and wildfire mitigation — to agricultural use.

Proposed by Kalesnikoff Forestry Products forest development manager Gerald Cordeiro, agroecology “is the application of ecological principles to agricultural systems and practices,” meaning there is a lot of benefit back to society in marrying up natural ecosystems with artificial or engineered ecosystems.

“It’s a bit of a science, it’s a bit of an art, there is a lot of experimentation going on,” he said three years ago. “I really think the West Kootenay is a very forgiving place to grow things. How come we are not (producing) things we are paying a lot of money for? They could be grown right in our backyard.”

The underlying intent of the project is food security, Cordeiro noted, with an emphasis on turning local land capable of producing food — but not currently doing so — into production.

“The idea is we could maintain these areas in a less flammable state while getting some other benefits back to society, including food security and a beautiful place to enjoy,” Cordeiro said.

He envisioned some sort of permaculture food forest in the fuel break.

Last fall Kalesnikoff started a large-scale Selous Creek fuel break — a climate change mitigation strategy adjacent to the city — trimming out the fuel that a wildfire could utilize.

This item reprinted with permission from the Nelson Daily, Nelson, British Columbia 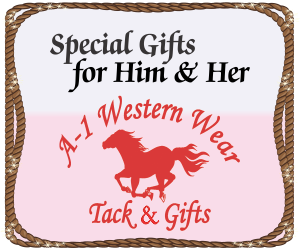