Many people tried new hobbies due to the Covid-19 pandemic cancelling routine events. One activity that has seen major growth since 2020 is disc golf.

The Professional Disc Golf Association had an 84 per cent increase in members during 2020, with over 6,200 sanctioned tournaments taking place in 2021. Interest in the sport has grown locally too, with Pincher Creek hosting the Southern Alberta Summer Games disc golf event July 9.

Residents in Crowsnest Pass are looking to add to disc golf’s popularity by building a nine-hole course in the municipality. A delegation led by Jarrod Elliott attended the June 21 regular meeting of council to pitch the idea of building the course behind Crowsnest Consolidated High School.

“Honestly I’m kind of surprised we don’t have one here yet,” Elliott said. “It’s a big, growing sport.”

The group estimates installing the baskets, signs, tee pads, surveyor flags and garbage bins would cost $5,000, all of which would be covered by the $6,100 already raised through donations and funding the group has applied for like the Lethbridge Southwest Alberta Community Foundation grant.

Maintenance would be provided by volunteers from the local disc group, added Elliott.

“There’s not much maintenance up there — it’s pretty easy to take care of,” he said.

The tentative design would place five baskets on the front of the hill, with the remaining four in the woods. The group has already talked with the high school and Isabelle Sellon School about setting up student leagues, and teachers at the high school have agreed to make the tee markers and painted maps in the shop and art classes.

Elliott said the delegation had also amalgamated with a separate group that had presented to council earlier this year to build a disc golf course in Flumerfelt Park; the preference was now to locate behind the school due to the smaller likelihood of discs crossing paths with people using trails.

Given the use of the parking lot and school grounds during school hours, the course schedule would be restricted to weekends and later in the afternoons on weekdays.

Once built, the municipality would be able to register the course on an app called UDisc, which allows golfers all over the world to search for courses in registered areas, and draw people to Crowsnest Pass.

Coun. Lisa Sygutek was in favour of the proposed course, particularly because it would provide an inexpensive recreational opportunity for families. Getting local students involved, she added, was also a great idea.

“This is a fantastic opportunity to engage youth. When you see the youth doing stuff like this, it just gives me such hope for this community,” she said.

While agreeing to the general concept of the disc golf course, council needed to check with the school division to see what land behind CCHS actually belonged to the municipality. Administration was also directed to determine if the municipality could take the lead in emptying garbage bins on the course since a similar arrangement already exists for the UROC biking trails.

The next council meeting is Tuesday, August 16, 7 p.m. in council chambers.

This item reprinted with permission from Shootin’s the Breeze, Pincher Creek, Alberta 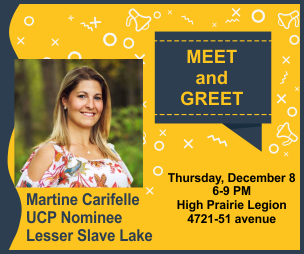