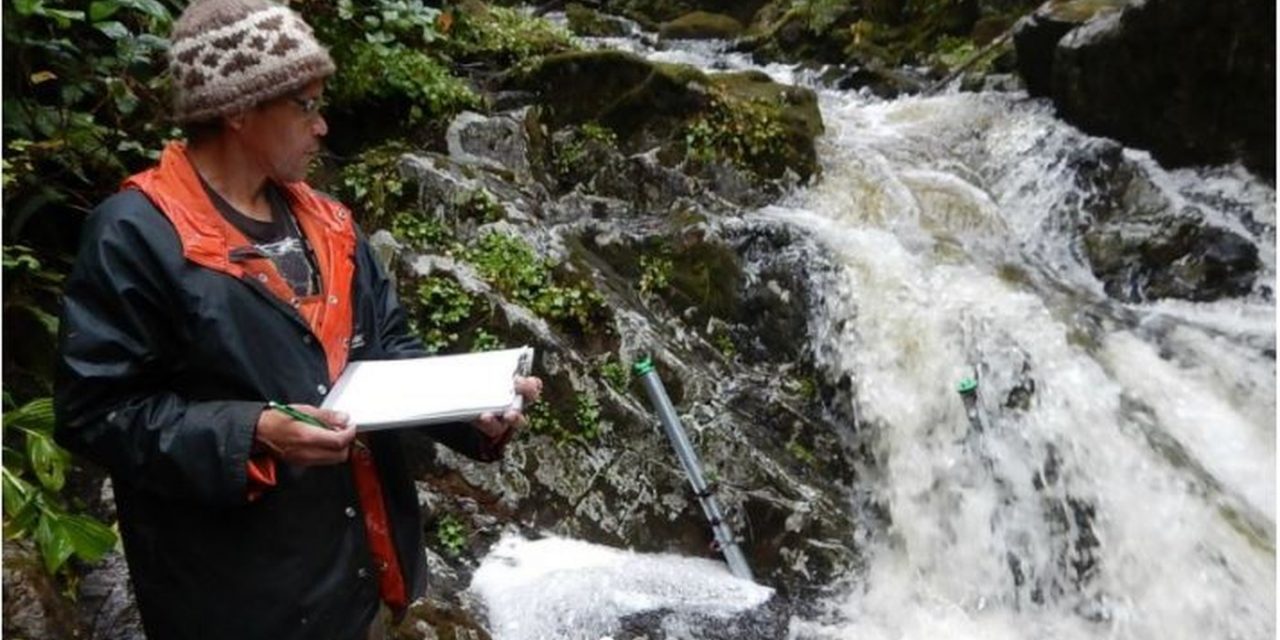 Hot Springs Cove, BC – In early November, Hesquiaht First Nation turned off the diesel generator that normally powers their entire community at Hot Springs Cove, off the west coast of Vancouver Island.

It was the first time the nation ran solely on green energy, which was made possible by the Ah’ta’apq Creek Hydropower Project.

“It was extremely exciting for us,” said Hesquiaht First Nation Elected Chief Joshua Charleson. “It’s exactly what we wanted.”

Widely championed by the late-chief Richard Lucas, the project has been over 10 years in the making.

When Charleson was elected in 2020, he said the project “landed” in his lap and attributed much of the groundwork to Lucas.

The late-chief worked “tirelessly” to secure funding and the necessary resources to complete the project, he described.

“A lot of work has been put into this,” said Charleson. “Everybody’s just super thrilled that it works because it’s been such a long time coming.”

The project will cut around 80 per cent of the community’s reliance on diesel, he added.

“Ever since I can remember there have been barges of diesel that have had to come up to Hot Springs Cove,” said Charleson. “It’s always dangerous transporting anything by water, especially during winter. This is really good for the whole region – for the sensitive ecosystem in Clayoquot Sound.”

Stephanie Charleson has been working on the project as an environmental monitor for around 13 months and said it’s been “amazing” to be a part of.

When the diesel generator was first turned off, she said the whole community was warned to expect some power outages. But they never came.

“Everybody was pretty happy to know it went quite smoothly,” she said.

To supplement the hydro power, a solar system is being installed on the community centre’s roof, which will cut an additional 10 per cent of the nation’s diesel consumption.

The goal is to create a true microgrid that optimizes the use of solar and hydro energy, said Ben Whyte, Barkley Project Group Ltd. vice president of engineering and construction.

Whyte said the nation is trying to secure additional funding to expand their solar system and include a battery bank, which would limit their reliance on diesel altogether.

Remote locations always present challenges when it comes to construction projects, said Whyte. COVID-19 added to that through social distancing protocols and its impact on supply chains.

Despite that, he said the project is on schedule and on budget with the contractor.

Charleson said the community plans to hold a celebration in the spring, once the winter storms and the fourth-wave of the pandemic levels off.

Hesquiaht First Nation artist Jeffery Ignace was commissioned to carve a plaque in honour of Lucas that will be presented at the ceremony and displayed in the powerhouse.

After seeking approval from Lucas’ family, Ignace carved the late-chief’s name into the plaque, along with a thunderbird paired with lighting bolts on either side.

Ignace said that he had a personal relationship with Lucas, so the process of creating the design was one of great contemplation.

In the end, Ignace said he settled on the thunderbird because they are regarded as a “powerful animal.”

Over the next year, teams will continue to monitor the creek’s water flow to ensure that it’s maintained at a healthy level for the fish that are further downstream, said Whyte. Adjustments will be made as needed.

Restoration efforts will also be carried out to encourage growth and re-establish a natural environment, he added.

“Now that we have reduced our diesel consumption by 80 per cent with this hydroelectric project, that means 80 per cent less fuel is going to be coming through our waters, and also through our logging roads,” Charleson said. “We’re reducing the risk to a very important ecosystem … by turning the lights on with our green energy.”