Summer is normally a time when most Manitobans look forward to camping, road-tripping, or even visiting family and friends who live far away.

Rising fuel costs, however, mean it’s not just vacation plans being interrupted, it’s livelihoods — especially for rural commuters and people who must travel to acquire the necessities of life.

Higher oil and gas prices could very well prove to be the new normal, according to Douglas Porter, Bank of Montreal chief economist. Gas prices jumped 12 per cent between April and May. It’s been a spring of scrambling to save enough money to simply make it to and from work for some Westman commuters.

For Amanda Bradshaw, who drives around 900 kilometres a week for work, it means prioritizing everything from groceries to recreation. The direct service worker with Prairie Mountain Health, who lives in Riding Mountain, said when you add in the fuel she and her husband spend to operate their farm equipment, their wallets are strapped, even with the 45-cent-per-kilometre fuel allowances she gets at work.

“I get a good wage, but there are days leading up to payday where I don’t know if I’m going to have enough money in my bank account to keep filling up my car to go to work.”

Audrey Vivier is a retired pensioner, but just because she’s not commuting to work doesn’t mean she’s not feeling the strain prompted by the price at the pump. A lot of seniors, the Minnedosa resident said, are in the same boat when it comes to the cost of living.

Vivier’s husband died five years ago. She has two sons — one in Portage la Prairie and one in Cypress River — who help her out as much as they can, but she doesn’t get to see them as often as she’d like because of the cost of gas.

From isolating for her own safety during the COVID-19 pandemic to being housebound due to the cost of travel has Vivier and other seniors feeling forgotten.

“I never thought I’d be living like this. The price of food is going up because of transportation, but our income isn’t going up. Something has to give. Either we cut back on our food, or we cut back on where we can go and what we can do.”

Vivier said seniors need to be looked after far better by both the provincial and federal governments. She’d like to see an increase in old-age pension payments, access to old-age pension at an earlier age, and affordable housing for seniors.

When she thinks about the future, however, Vivier is not only concerned for seniors but for young people and families just starting out in life.

Jordan Kondratiew and Marcus Driedger, an engaged couple who are both 23 years old, share her concerns. Kondratiew and Driedger live outside of Neepawa and both commute around 35 kilometres a day for their jobs. Faced with soaring expenses at the pump, they’re finding it hard to stretch their budget to get by, relying on smarter shopping, growing their own food and hunting, carpooling whenever possible and cutting back on recreation and even visiting family.

“I can’t even remember the last time we’ve bought more than $60 worth of groceries at one time,” Kondratiew said. “We can’t even go and spend time with our families, let alone our friends.”

It’s even worse than what life was like during the pandemic, because now, the couple explained, they’re forced to stay home since even finding enough fuel to get them to work can be a struggle. Add to that the pressure from older generations who don’t seem to understand their predicament, and it can be hard to be optimistic, even for a young couple whose wedding is coming up in November.

“We’re a young couple trying to make our way and save some money, but you can’t save money or do anything, you’re basically living paycheque to paycheque. That’s not the way you want to spend your youth,” Kondratiew said. 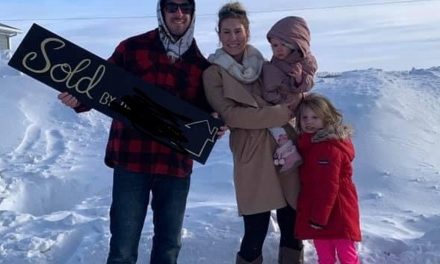 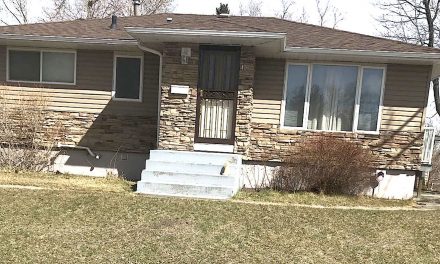