Dr. Robin Laughlin and his staff want to thank everyone who phoned and emailed Minister of Health Jason Copping, Premier Jason Kenney, Alberta Health Services [AHS] officials; and offered their support to the High Prairie Medical Clinic [HPMC] over the past two months, and also to those of you who have been supporting us for the past 50 years. The response to Dr. Laughlin’s plight, and his fight with AHS to get doctors to this community, has been overwhelming. Thank you!

I wanted to update everyone on the situation. I wrote to Kenney [not the first time] advising him of AHS directors blocking HPMC from hiring doctors. I also advised Kenney that his current minister of health has not done anything, and has stated to the mayor High Prairie and other councillors that he cannot do anything. The premier and his minister were also made aware that we are drastically under doctored.

The response I received from the premier was from one of his aides, stating that they have “forwarded your concerns to the minister of health”.

In other words, the premier was not interested and is quite happy to let his minister of health do nothing.

Meanwhile, the patients of the HPMC are having to travel out of town to get a doctor’s appointment, some have been lucky enough to get the new doctor at the AHS run clinic in High Prairie. I truly hope they do not burn out Dr. Jerryton Oriabure by overwhelming him with patients from our clinic.

There are more than 900 patients who do not have reasonable access right now to a doctor. These patients are faced with using the Emergency Room as a clinic as they have no other choice; they are unable to travel, or they cannot afford to travel for a regular doctor’s appointment. These “patients” are real people, they are our friends, neighbours, grandparents, mothers, fathers, etc.; they have voted politicians into positions of power in the provincial and municipal governments. They were probably trusting that whomever they voted for would represent their needs to the Alberta government and various government entities such as AHS.

This system is a catastrophic failure!

The hundreds of voices who reached out in different ways to the premier, minister of health, MLAs, and AHS directors were given pat answers such as, “There is a Workforce Plan in place” and one of my favourites is, “We should be grateful that we have some doctors.”

In all of the answers given, not one response addresses why the HPMC was denied the ability to hire doctors for this community for nearly nine years.
Another favourite of mine is, “AHS does not hire doctors for private clinics.” This not quite true. AHS for years told our town council and county council that all doctors brought to High Prairie were available to be hired by the HPMC, that it was the doctor’s choice where they went.

Has AHS misrepresented to the mayor, town council, reeve and county council that these doctors were free to choose to work at the HPMC, AHS Clinic, or set up their own clinic?

Not one politician or North Zone AHS employee has yet addressed why the HPMC is apparently in a different category to the other private medical clinics in the North Zone.

I think C.S. Lewis, writer and theologian, got it right when he wrote: “The greatest evils in the world will not be carries out by men with guns, but by men in suits sitting behind desks.”

This item is reprinted with permission from South Peace News, High Prairie, Alberta 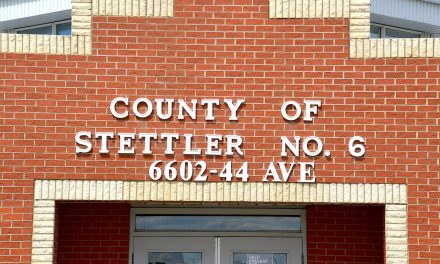 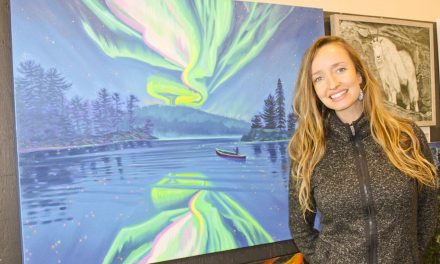