How scam savvy are you?

The Canadian Department of Justice (CDOJ) said about ten percent of Canadian seniors are victims of crime each year, with the vast majority being property crimes, including burglary, theft, vandalism, and arson. The most prevalent form of elder abuse, according to the CDOJ, is either financial or emotional. Scams that utilize both include Ponzi schemes that rob investments, false promises for prizes, aggressive telemarketing, and fraudulent home repairs.

The United States Department of Justice (USDOJ) estimated that between 20 and 40 percent of elder abuse cases involve financial exploitation, and numbers continue to increase. The USDOJ said that perpetrators could use a variety of tactics to encourage trust from their victims, whether that be by isolating them, putting pressure on them to comply, scaring them into it, discouraging them from seeking another opinion or asking someone for help.

Locally, Whitecourt’s FCSS Program Director Fay Arcand said they hold some type of event each year to provide information on elder-related abuse. By sharing the information on social media and having free programming during the year, Arcand said she hopes it encourages residents to be aware of the issue and be vigilant. “Unfortunately, scammers know that seniors are the most vulnerable in communities,” she said.

Having the information can help reduce the risk for seniors of falling victim to crime and help family members be better equipped to support their elder loved ones should they find themselves in trouble. A recent social media post on the Allan & Jean Millar Centre’s Facebook page shared an infographic asking, Are you scam savvy? It also asked residents if they would know what to do or how they would react if they were scammed.

It shared a scenario involving a senior who received a phone call from the Canada Revenue Agency (CRA) demanding money. “There are lots of these types of scams going on, and we try and encourage trusting your gut,” said Arcand. Without giving out any personal information, the best option is to hang up and call an officially listed number for the CRA to look into the matter.

Arcand said that another popular scam involves an emotional cry for help. “Right now, there are a lot of grandparent scams. A scammer will call and pretend to be a grandchild, but they will create a conversation where the grandparent gives up the name, asking something like, is this Johnny? And the scammer will say yes, this is Johnny, and I’m in jail and need money, and on it goes. If it doesn’t sound right, then phone the grandchild’s parents and don’t give out personal information over the phone unless you are sure.”

Last fall, the AJMC held a free event called Protecting Seniors Against Crime. Local RCMP took part, as did the Whitecourt Family Violence Initiative. Arcand said that sixteen participants attended the event and that she heard good feedback from it. “They provided great information on the different aspects of elder abuse, financial, physical, and mental.”

She said that not only did seniors attend, but so did family members. “They wanted to come and gather information on it. It was well-received, and it seemed that the audience really needed it and took the information in.” She said the ongoing awareness is a significant step to keeping people safe and able to see red flags, either as someone receiving a scam call or as a family member.

Another item available to help boost the awareness is The Little Black Book of Scams. A few years ago, through a partnership with the Senior’s Circle, the Town of Whitecourt and ANC, the small booklet was printed and made available for free to anyone that wanted to grab one. There are still some available at the AJMC. An updated version can also be found online by searching the title (The Little Black Book of Scams) and adding the words “2nd edition” in the search bar. The most recent update is from March 2018. “It talks about everything. From romance scams to tax scams, business scams, door-to-door scams, and health scams. It has a lot of great information in it.”

With March being Fraud Prevention Month, residents are encouraged to look into the various ways that fraudsters weasel their way into the lives of their victims. From The Little Black Book of Scams, keep an eye out for emails with spelling mistakes and links to click on or odd email addresses that are not known to you. Don’t accept friend requests on social media from people you don’t know or people you are already friends with. Calls from someone claiming you have a virus on your computer are fraudulent. Same with someone saying you owe taxes or that there was fraudulent activity in your bank account. “Know that legitimate organizations will not call you directly. Hang up and call the organization yourself using the number from a trustworthy source,” states page 19 in the book.

If you receive a call that you believe was a scam, report it to the Canadian Anti-Fraud Centre at 1-888-495-8501 or visit www.antifraudcentre.ca. You can also contact the Competition Bureau by visiting www.competitionbureau.gc.ca.

This item reprinted from the Whitecourt Press, Whitecourt, Alberta 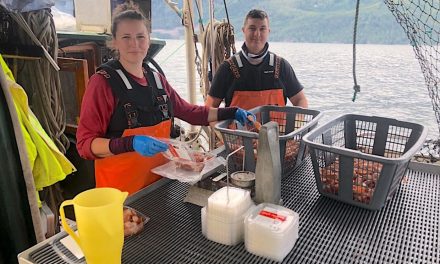 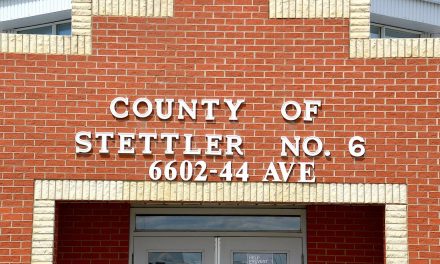 No tax increase for county residents 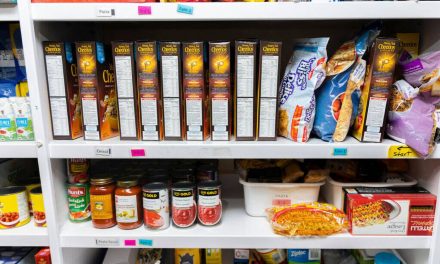 Manitoba food banks ‘hard to keep up with demand’