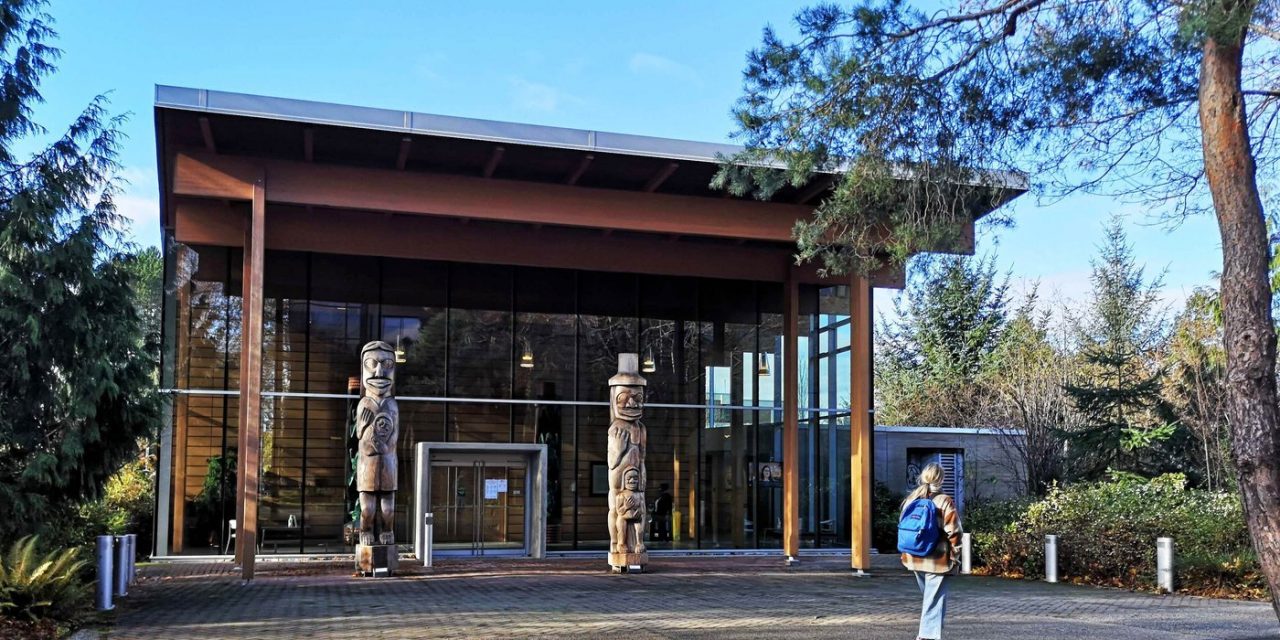 Belinda Daniels remembers feeling othered as a high school student in Saskatoon in the ‘90s, and then again as a teacher in the ‘00s.

In both cases, “it was largely a white staff and a white population of students,” says Daniels, who’s a member of Sturgeon Lake First Nation.

“Nothing was changing … That’s what pushed me to do a master’s degree,” she says. “We need to interrupt the way school is done and integrate more of our communities … because there are other holders of knowledge.”

Today Daniels is teaching future teachers as an assistant professor in the department of Indigenous education at the University of Victoria (UVic). She says she was drawn to UVic because of its focus on revitalizing Indigenous languages.

And according to university leadership, language revitalization is just one way the school is working to decolonize B.C. classrooms.

The bachelor of education in Indigenous language revitalization was designed with laddered steps, so students can go for a full degree or exit after the first year with a certificate or the second year with a diploma.

In 2012, UVic became the first university in B.C. to offer a master’s degree in Indigenous language revitalization, according to the university.

Daniels — who completed an interdisciplinary PhD with a focus on Indigenous language revitalization — says there aren’t enough of these programs in Canada.

“You can specialize in curriculum development, or foundation, or leadership. There’s even land-based education, but there’s no specific tick for Indigenous language revitalization. And that’s what we need. Right across Canada.

“We need more classes and experiences and research and fun put into our Indigenous languages. And we need theory and development to ensure that our languages flourish … This is one of the reasons why I’m at the University of Victoria.

“There is a real need, a real hunger, a real resurgence to reclaim our languages … Indigenous languages are linked to mental well-being … and that would definitely seep into our homes, with our families and with our children, and help heal from past trauma.”

In 2016, the National Center for Truth and Reconciliation published a report called “Canadian Public Opinion on Aboriginal Peoples.”

When asked where they learned what they know about Aboriginal peoples and culture, 45 per cent of people polled said “in school or other educational institutions.”

For years it was ‘a very white program,’ says dean

Ralf St. Clair is the dean of UVic’s faculty of education.

He says “for years” it was “a very white program,” and he recognizes that it’s been difficult for Indigenous students to see themselves in it.

But this is changing, he says.

This year in the faculty of education, 129 out of 1300 — or roughly 10 per cent — of students self-identified as Indigenous, according to data from St. Clair and Hancock. That means Indigenous representation in the faculty is roughly on par with the number of Indigenous kids in the province, as they account for about 10 per cent of the total population of kids under 14 in B.C., according to Statistics Canada’s 2016 census.

“There’s also a question of making up for historical underrepresentation in the teaching workforce,” says St. Clair. “It would be amazing if we get to 15 per cent.”

St. Clair says he’s coordinating with leadership across different schools at UVic on a strategy to ensure underrepresented groups such as “female scholars, Indigenous scholars, scholars of colour [and] scholars with disabilities” are prioritized when it comes to hiring faculty and admitting new students.

Right now about six per cent of educators (teachers, administrators, principals and vice-principals) in B.C.’s K-12 education system, self-identify as Indigenous, according to an email from a spokesperson for B.C.’s ministry of education.

“We understand that our provincial education system is a colonial system,” says B.C.’s Minister of Education Jennifer Whiteside.

“Unwinding the colonial nature of the system is something that requires sort of consistent effort and engagement with all of our education partners — with educators, with school and district leadership … [and] with First Nations rights and title holders.

“We need to really focus on developing programs that recruit and retain Indigenous teachers, and that provide the opportunities for people from Indigenous communities to stay in their community.”

It’s important to create a nurturing and holistic environment rooted in Indigenous culture and practices, says Hancock, who is Cree-Metis.

“Our mandate is connected to supporting whole students … providing holistic supports,” he says. “We also offer cultural and social events and programs, opportunities for students to come together around beading or drum-making, or paddle-making.”

That said, he adds that “it doesn’t matter what we’re able to offer in terms of financial assistance or academic programs if there’s still racism and other forms of discrimination on campus.”

When Indigenous students at UVic experience racism or other forms of discrimination, Hancock says the IACE supports them using a trauma-informed model as the students decide “how they would like to address the harms that they’ve experienced.”

“There’s still a lot of work to be done to combat racism and other forms of discrimination both inside the classroom and elsewhere on campus.”

He says IACE staff are part of a committee that’s creating a campus-wide equity policy.

“We cannot rely on the strength of folks who have experienced harm to make change … It’s much more about creating a climate of anti-racism.”

St. Clair says addressing white fragility and racist attitudes amongst older educators is an important part of decolonizing the system.

“There are some folks who are still working with older conceptions of what a respectful relationship looks like,” he says. “It can be very hard for those people to understand the way that microaggressions work.”

He says he gets pushback from “old, white guys” like himself.

“Are you seriously going to tell me that everything I’ve done the last 30 years is wrong? … And the answer to that question is, well, kind of actually. We just have to be okay with that.

This item is reprinted with permission from The Discourse. See article HERE.