In the Dehcho, a one-man air charter firm connects communities 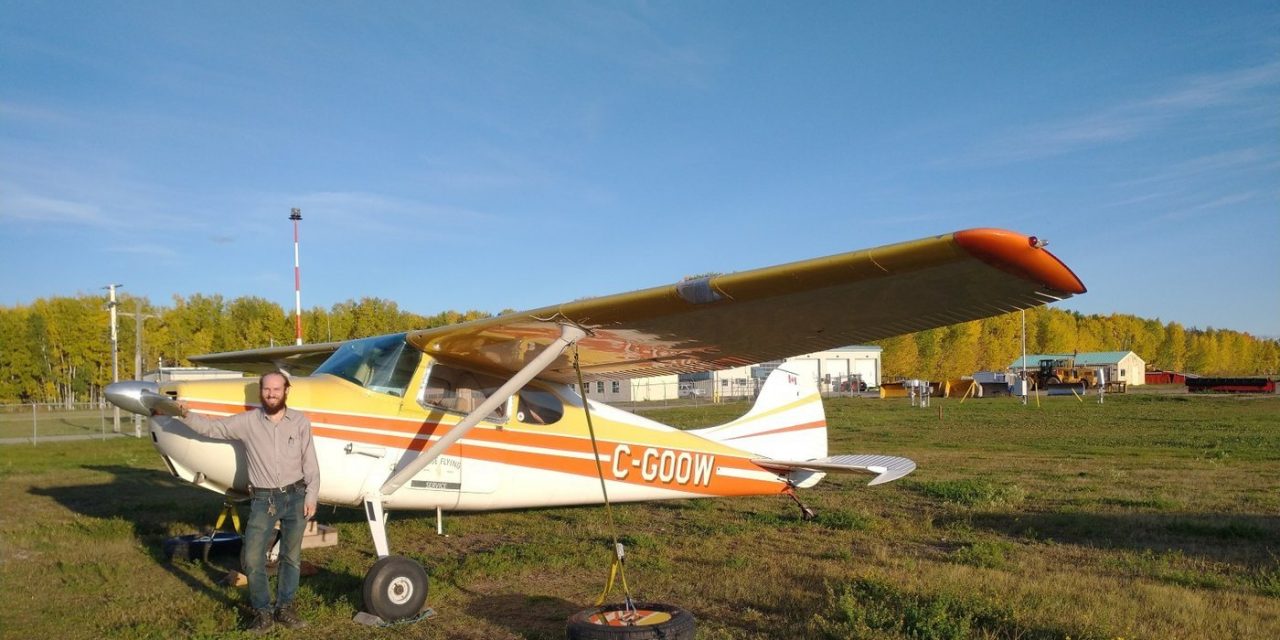 It is a bird, it is a plane. Since March, Goose Flying Service has shuttled residents and supplies around the smaller communities of the Northwest Territories’ Dehcho region.

Sergei Mjatelski, the company’s owner and operator, has lived in Fort Simpson for six years. He said his service, a one-man operation, is a “ taxi of the skies” filling a gap with charter flights carrying one or two people.

The Dehcho’s communities, some with fewer than a hundred residents, can be hard to reach. During spring and fall, the formation and breakup of ice means ferries can’t run but ice roads aren’t stable, cutting off even the regional centre of Fort Simpson.

Other communities have no road access at all in the summer, when ice roads have melted. Mjatelski says that means air charters have an important role to play in helping people to carry on with their lives, from commuting to work to attending medical appointments or picking up goods.

“I’m catering to a smaller market,” he said. “If you’ve got one person that needs to be moved, it’s more cost-efficient to fly with myself, whereas if you’ve got a lot of people to move, you’re better off checking in with one of the other airlines.”

Mjatelski acknowledged the risks of opening a business during the COVID-19 pandemic, but said he has enjoyed navigating the challenges.

“I guess the saving grace is that it’s essential service, flying – it has to go on,” he said. “These people do need to move in and out of the communities, despite COVID going on.”

So far, the community he visits the most is Sambaa K’e, east of Fort Liard and around 100 km from any all-season highway. The 90 or so residents of Sambaa K’e have no road access in the summer.

Dennis Deneron, a resident of Sambaa K’e who works at the local water treatment plant, has flown with Mjatelski a number of times. Deneron says the smaller aircraft means a lower cost compared to other options.

He told Cabin Radio the service has made it easier to get deliveries and mail, a simple concept for most Canadians but trickier when there’s no road anywhere near your home.

“It’s a nice airplane and it’s nice to fly with him, we’ve known him for quite a while,” Deneron said.

“He’s our banker, he’s our delivery person, he’s everything to us. You can just give him an envelope and he’ll drop it off at the bank, or where you need.

Mjatelski expects to keep his business small. He performs all of the tasks associated with running his one-person airline, from flying the aircraft to completing the paperwork.

The only reason that may change, he said, is when tourism returns to the territory, which would bring an influx of guests and demand to the Dehcho.

So far, there’s no telling when that might be.