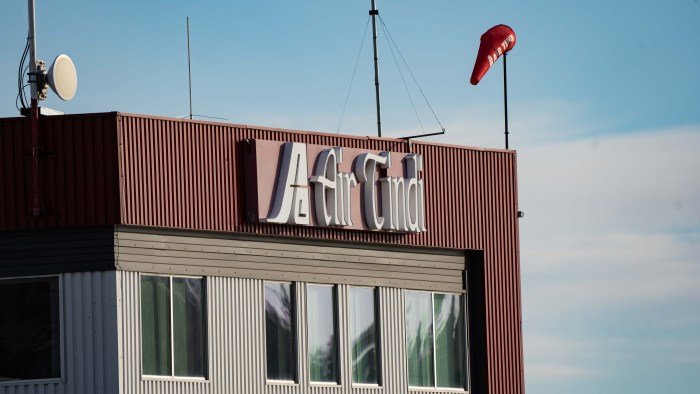 A plane forced into an emergency landing outside Fort Providence on Monday night left Yellowknife without enough fuel, causing both engines to fail, Air Tindi says.

The Transportation Safety Board of Canada said the Twin Otter aircraft, carrying two pilots and three passengers from Yellowknife for Fort Simpson, was forced to land about 40 minutes into the flight.

“A preliminary report from the flight crew is that the aircraft departed Yellowknife with insufficient fuel and, as a result, both engines failed due to lack of fuel,” Air Tindi president Chris Reynolds told Cabin Radio.

Reynolds said the passengers and pilots were uninjured.

He said the processes followed by the airline would ordinarily ensure planes can’t run out of fuel mid-trip. Fort Providence is around 200 k.m. east of Fort Simpson.

“It’s too early for me to say what happened with the process, as far as ensuring the fuel required was on board the airplane,” said Reynolds.

The TSB is also assessing the incident. Reynolds said the airline is cooperating with all relevant authorities.

“We don’t want to jump to guesses on the cause or the reasons why, right now,” he said.

“We’ll do a methodical approach and we’ll determine what happened.”

The condition of the aircraft is not known.