‘I’ve never had so much fun in my life’ 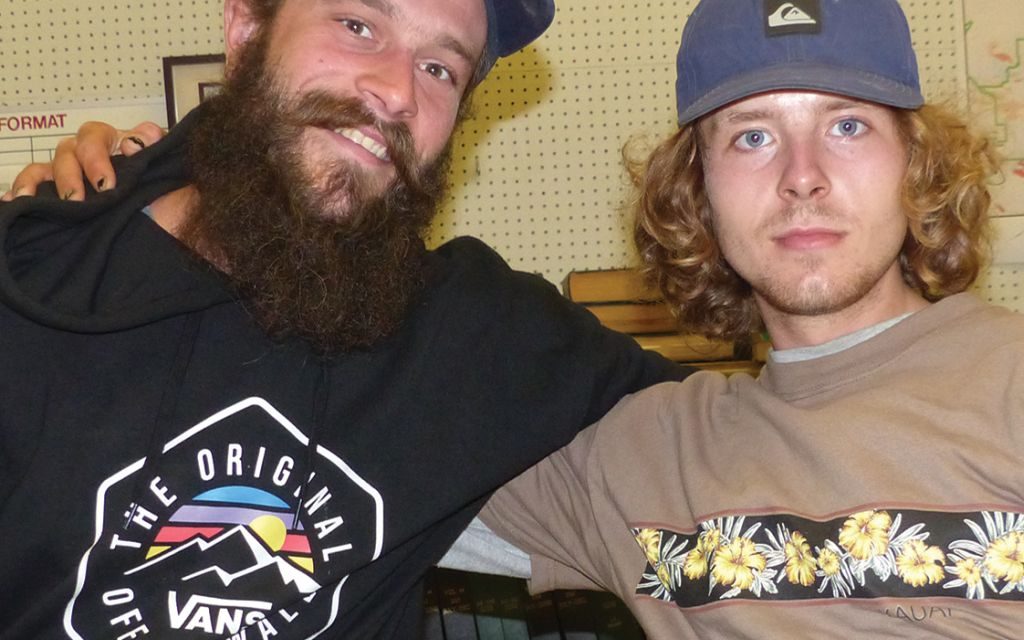 If you hang around outside a newspaper office, it’s only a matter of time before somebody comes out and asks for an interview. That’s what happened last week to tree planters Todd Bessette and Jared Underwood.

In town with some (or maybe all) of their tree-planting camp mates for a ‘laundry day,’ the pair chatted about where they’ve been planting, what it’s been like, and encouraged others to give it a try.

“Everybody has the option to plant trees,” said Underwood, who is originally from Sylvan Lake. “It’d be the best, or the worst, experience of your life.”

The worst? Apparently it’s not for everybody. Bessette said their crew started out about 80-strong but was down to 50 as of last week, with just six days of planting to go. The attrition was for various reasons – among them that some just didn’t like the work.

But for Bessette and Underwood, it’s been very good.

“I’ve never had so much fun in my life,” said Underwood.

Oddly enough, Underwood, at 21, is the veteran of the duo. It’s his second summer of planting. Bessette, 31, is trying it out for the first time.

“I should figure out what I want to do with the rest of my life,” said the Penticton resident, with a chuckle.

They work for Summit Reforestation and have been planting in locations in B.C. and Alberta in the past few weeks. The most recent is somewhere in the vicinity of Wabasca, on cutblocks logged by Al-Pac. Not very close to Wabasca, because Bessette missed his ride out of the bush one day and ended up walking 14 kilometres just to get back to the staging area. He arrived at around four in the morning. No harm done.

The crew had just a week of planting left, and were waiting for the arrival of the next batch of seedlings; hence the free day in town.