Kokanee are ‘collapsed’ in main lake but efforts will continue to ramp up in 2022: FLNRORD 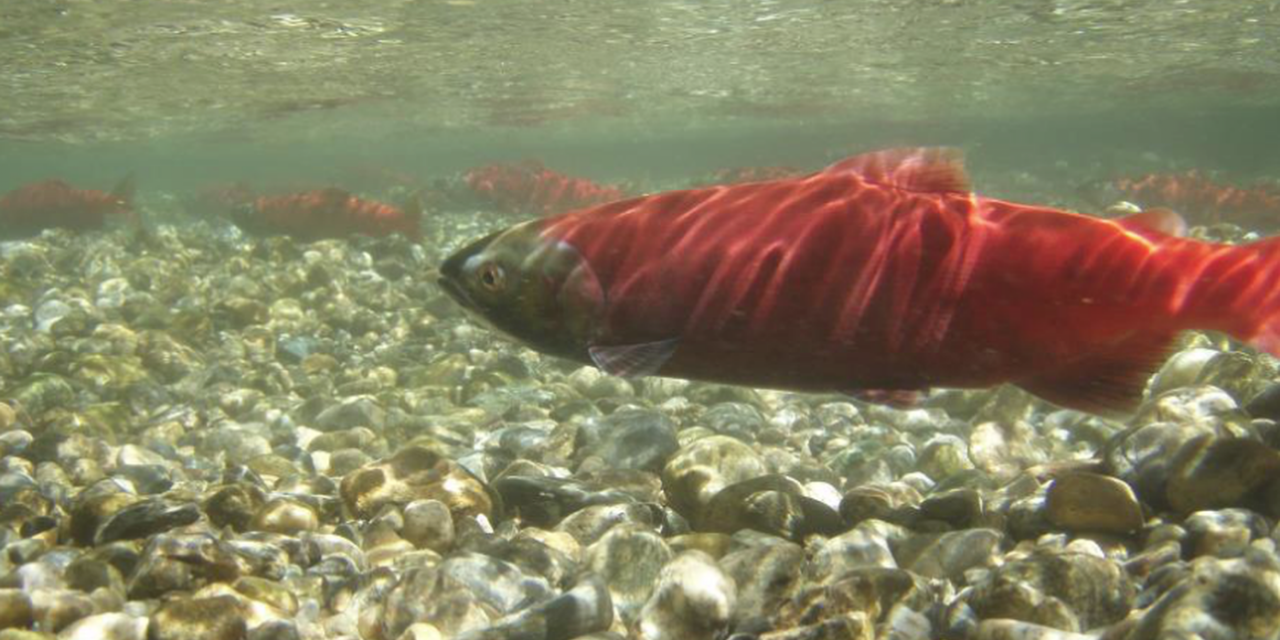 The main Kootenay Lake kokanee population is ‘collapsed’ but it is in no danger of disappearing, according to the province’s latest update on the state of the lake’s keystone species.

Speaking after a Kootenay Lake public meeting (online) on March 14, a spokesperson for the B.C. Ministry of Forests, Lands, Natural Resource Operations and Rural Development (FLNRORD) said the main lake kokanee are collapsed — which originally happened from 2012-2015 — and “spawner” abundance since 2015 is about three per cent of the long-term historic average.

High predator abundance of Gerrard rainbow and bull trout are still the accepted culprits, the FLNRORD noted, with the kokanee currently mired in a “predator pit.”

“(H)istorically, these fish became very large when kokanee were abundant,” he explained. “Predators can remain abundant relative to their prey by growing slower and switching to supplement their diet with other items, so predators in Kootenay Lake still survive well for at least their first few years of life but are now small and skinny.”

But the fishery also attracted less effort, he said, and overall fish harvest was below pre-collapse levels, exacerbating the problem.

“This explains why predator in-lake abundance did not collapse with kokanee.”

Last year evidence surfaced that predator-to-prey ratio was trending in the right direction, as predators are becoming less abundant and are better fed than they had been between 2015 and 2020.

Since spawner populations began to dip an adaptive management approach began in 2015 to help restore the balance of predator and prey in the lake, but it hasn’t happened yet.

Monitoring the effect of the approach are members of the B.C. Wildlife Federation, the province and Indigenous Nations.

The first decision was to increase kokanee supply by closing the kokanee fishery on the lake and stocking 24 million kokanee eggs and one million kokanee fry since 2015, while maintaining the Meadow Creek spawning channel that provides spawning habitat for kokanee.

“We can also improve the growth and survival of kokanee (larger kokanee survive better and lay more eggs) by maintaining the Kootenay Lake Nutrient Restoration Program, which adds fertilizer to the lake to boost food production for kokanee in compensation for hydroelectric dam impacts,” the spokesperson said.

In the cross hairs

Increasing the number of eggs and fry coming into the lake wasn’t enough, so the next approach was to reduce the number of predators in the lake.

“(A)nd we have done this cautiously and progressively to ensure our actions don’t create conservation issues for the predators themselves, which are indigenous to the ecosystem.”

The actions taken so far have involved some limited directed removals by the ministry, fishing regulation changes, and the Kootenay Lake Angler Incentive Program (KLAIP).

“The combination of these actions has been effective in removing a large number of predators from the lake, but by far the most effective approach is the KLAIP.”

There is evidence that all of the combined approaches above are working.

“As of 2021, we are seeing evidence that the predator to prey ratio is trending in the right direction, as predators are becoming less abundant and are better fed than they had been between 2015 and 2020. Recovery has not yet happened, which is why we are maintaining the kokanee supply actions, the most effective predator reduction actions, improving them to be more effective, and beginning to implement new actions as of 2022.”

This year a partnership between the province and Indigenous Nations will remove Gerrard rainbow trout spawners before they spawn.

People can help in the kokanee recovery by fishing on Kootenay Lake and harvesting their catch of bull trout and rainbow trout.

“As there are many thousands of anglers, the effect of this in the aggregate is very large and will help restore the Kootenay Lake ecosystem.”

In every part of Kootenay Lake except the West Arm, kokanee historically were the majority of the fish biomass and the most important fish consumer of aquatic invertebrates, as well as the most important prey species for other fish.

Kokanee were are also integral to the diet of birds and bears, particularly during their spawning migrations in the fall.

“If kokanee were to disappear, the ecosystem of Kootenay Lake would change dramatically, as it would not be able to support large-bodied fish predators,” the spokesperson said.

But the kokanee will not disappear, he added.

“We maintain their populations with spawning channels, which provides enough spawning habitat to support some limited fishery harvest.”

This item is reprinted with permission from The Nelson Daily, British Columbia. See article HERE.