Third time’s a charm, but that’s not why Kahnawa’kehró:non Lauren Ashley Jiles – a.k.a. Lou Lou la Duchesse de Rière – felt calm as she took to burlesque’s biggest stage to face its fiercest competition.

As she performed at the Burlesque Hall of Fame Tournament of Tease in Las Vegas on June 4, her braided hair grazed the floor. Her corset, her body harness – and her moccasins – they were streaked with beads. Her garments, a deep purple, echoed the Haudenosaunee flag.

The first two times she competed for the title, she had been riddled with nerves, but this time she felt at ease: she was about to perform something bigger than herself.

“Just getting that act on stage – on that platform, in that competition – already felt like a win,” she explained. And if that weren’t enough, when it was all said and done, she was crowned Miss Exotic World, a defining achievement in her field.

Jiles has performed the piece less than 10 times, and although it’s deeply personal, she said it always inspires a connection with other Indigenous performers, artists, or audience members.

“It was an act I had created that centred around the idea of decolonizing my relationship with my body and my sexuality,” she said.

“It’s just my love letter to not only myself but to my culture, to my community, and really to any Indigenous woman, girl, two-spirit on their journey of self-love and self-discovery and empowerment.”

Jiles loves burlesque for its capacity to empower the performer, to subvert expectations, and to make a statement. “Burlesque is just a beautiful melting pot of so many different things. It’s political, and it’s weird, and it’s rebellious,” she said.

However, when she began her journey in the art form 16 years ago, the landscape looked different.

“There was no representation of Indigenous bodies,” she said. “When I started, it was predominantly thin white women that were making names in the industry, and there was a lack of diversity.”

There were also some problematic producers bent on staging exoticism; they would encourage her to do an act based on Pocahontas or other stereotypes.

“I was like, no, that’s not going to happen,” she said. Instead, she leaned into classic burlesque, the kind swaddled in a Hollywood sheen of glove peels and boas.

Yet she made a point not to conceal her Indigenous identity. Her tagline became: “The stripping sensation from the Mohawk Nation. You stole her land, and now she’s going to steal your heart.”

“It’s interesting to watch people grapple with it,” she said of the provocative introduction.

Around 2018, she began to develop the piece that won her the prestigious title of Miss Exotic World. “I kind of gave myself permission to create something that was really raw and vulnerable and authentic,” she said.

Karonhianons Shenandoah – known as Harlow Holiday – is a friend of Jiles and another Kanien’kehá:ka burlesque performer with Kahnawake roots. She recalls the pride Jiles took in the piece in the early days of its development.

“As the journey through this act developed and she added more cultural elements, it just became so much stronger and so much more powerful,” she said.

Its power was recognized by the audience in Las Vegas.

“When they announced the winner, the crowd leapt to their feet,” said Shenandoah. “The applause, the noise in the auditorium, was amazing.”

The pride in Jiles is also felt back home in Kahnawake.

“She is one of the kindest people I know – and has a strong work ethic and is very disciplined in her training and skill-building,” said Barbara Diabo, a powwow dancer and founder of A’nó:wara Dance Theatre.

“She has made history.”

For Jiles, the victory is not only the realization of a 16-year dream but also an opportunity to focus on contributing to the advancement of Indigenous communities.

“I’m really excited to see how I can use this title, which is the highest honour in our industry, to just help other people,” she said.

This item reprinted with permission from The Eastern Door, Kahnawake, Quebec 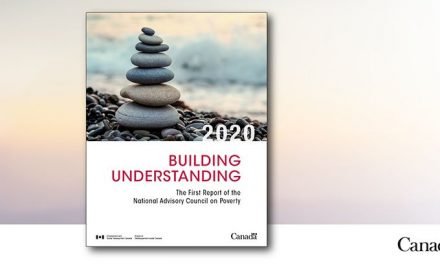 Poverty Report charts path out of COVID for marginalized groups 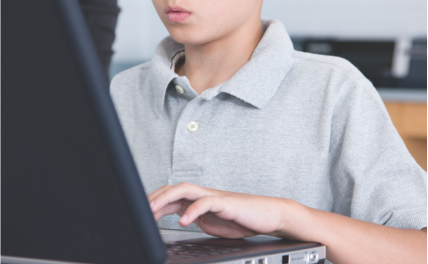 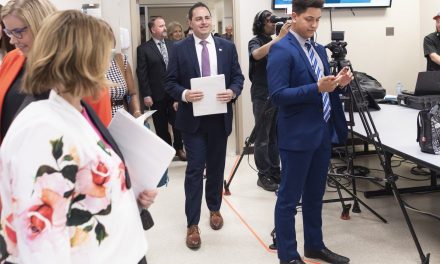 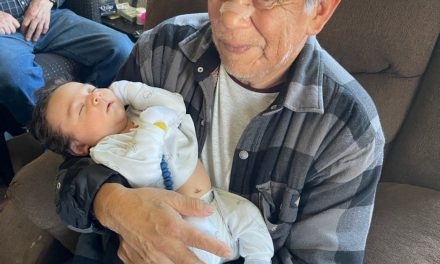