Ross Brownlee doesn’t always enjoy the view, or the smell, from his river property in Wolseley.

“I see an unbelievable amount of stuff that people put in their toilets, and it literally comes out ten or fifteen minutes later.” The stuff, he says, includes tampons, wipes, condoms, toilet paper and fecal matter.

Brownlee, chair of the Wolseley Residents’ Association, made the revelation at a virtual public meeting hosted by the WRA in April to talk about the impact of combined sewer overflows (CSOs) and what can be done to prevent them. Several CSO outfall locations eject CSOs into the Assiniboine River containing sewage from neighbourhoods north and south of the river, including Wolseley and the West End.

The meeting featured a presentation by Hazel Borys, an engineer and managing director of city planning firm PlaceMakers. Borys, who also lives on the Assiniboine River, says her view is no better than Brownlee’s.

“For the first 17 days of April, every single day out my window, there were combined sewer and storm water overflows.”

Borys explained how sewage flowing into Winnipeg rivers during CSOs is a regular occurrence for the 1,000 km of combined sewers that collect land drainage and sewage for 30 per cent of the city. An “interceptor” system uses dams in the sewer line to block combined sewer content from flowing into the Red, Assiniboine and Seine rivers at 74 outflow locations so it can be pumped to the North End Sewage Treatment Plant, but when rain or snow melt exceeds its capacity the diluted sewage spills over the dam into the rivers.

The number and volume of CSOs from Winnipeg’s normally functioning combined sewer systems varies each year depending on the amount and intensity of rain and snowmelt, but based on an eight-year period the city averaged 1,300 CSOs resulting in almost 9 billion litres of diluted sewage entering Winnipeg rivers each year.

Borys said one of the simplest things Winnipeggers can do to prevent sewage entering rivers is to produce less sewage during events that strain the system’s capacity.

“On days when we have snow melts and rain events, everyone in Winnipeg needs to do cottage rules—people know what that means.”

Winnipeg—by leveraging public-private partnerships, public education and design standards—could do a better job of encouraging construction of green infrastructure to redirect water away from sewers, Borys said. Rain gardens on public and private land, which could require de-compacting soil to create permeable layers, are “some of the lowest hanging fruit” which the city could support with slotted curbs to allow water to flow from paved areas to be absorbed into the ground, she said. Other cities have also recessed their urban spaces like parks and town squares to act as retention ponds during storm events.

The goal, Borys said, is to “treat every raindrop and snowflake as an asset to recharge our aquifer, and right now we treat them like crap. We treat them as a liability to be…reintroduced to our river after they have had chemicals and filtration done to them.”

Borys said the measures in Winnipeg’s multi-year CSO Master Plan to reduce CSO events through green and grey infrastructure are good ones, but more public education and dollars from other levels of government are needed.

For people wanting to learn what they can do, she recommended the green infrastructure toolkit created by New Jersey (gitoolkit.njfuture.org) and the Lake Friendly website (lakefriendly.ca).

She also envisions new online tools to facilitate citizen collaboration around ideas and action—helping like-minded people to connect and focus their resources to create green infrastructure like rain gardens on private and public property.

“So that you can say, ‘oh, we’re going to build these green infrastructure initiatives here in Wolseley, and coming out of Ross’ pipe, three doors west of him, we are going to reduce that flow, and we are going to show the city how it’s done.”

Brownlee also wants to see more public education from the city, and he thinks Winnipeggers would be willing to pay more taxes to help the city build more green infrastructure if they understood the value of it. He also hopes Winnipeggers will choose to take individual steps, like not flushing items that should be put in the garbage and using less water in combined sewer areas during times of heavy rain and snow melt—times when his family refrains from showers, laundry and flushing.

“We’ll let it mellow in the toilet, et cetera, and if people know that, it’s good…it’s free, it doesn’t cost anything to do that.”

When asked if Winnipeg residents should attempt to reduce water use during heavy rain or snow melt to prevent combined sewage overflows, a city spokesperson said it would have little effect.

Instead, Marquardson said, the city recommends that residents reduce land drainage runoff by reducing the amount of concrete landscaping and increasing measures like rain barrels, rain gardens, lawns, and flowerbeds.

When asked to clarify if refraining from flushing toilets during CSO events would result in less sewage entering rivers, Marquardson would only repeat the land drainage recommendation.

As of 2019, the city began implementing a CSO Master Plan to reduce the amount of sewage entering rivers. The plan includes a wide variety of green infrastructure to keep water out of the combined sewers, including rain gardens, permeable paving, green roofs and soil storage. Grey infrastructure work in the plan includes separating some combined sewers and increasing in-line storage. The upper cost estimate of the plan, which seeks to increase the capture and treatment of overflow volume from 74 to 85 per cent, is $2.3 billion. The completion date is 2047 if the province and federal governments kick in $30 million each per year, or 2095 if they do not. Go to winnipeg.ca/cso for more information on combined sewage overflows and the CSO Master Plan, as well as tips for individuals to reduce CSOs and their effects on lakes and rivers. 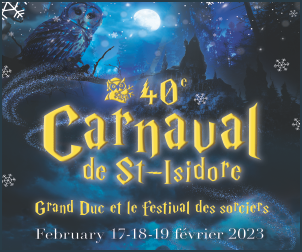