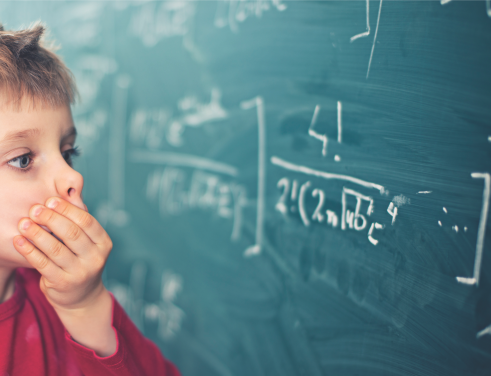 Manitoba students’ math scores ranked last in Canada in the most recent round of national standardized tests.

However, provincial results suggest more pupils are exceeding grade-level expectations for numeracy than they were a decade ago.

The findings of the 2019 Pan-Canadian Assessment Program put Manitoba at the back of the pack in both mathematics and reading, and second last in science.

The most recent edition of the test, which is administered among Grade 8 students every three years, honed in on numeracy competency in: numbers and operations; geometry and measurement; patterns and relationships; and data management and probability.

Per the results, released this week, 83 per cent of students performed at or above grade level (Level 2) in overall mathematics. In contrast, the national average was 90 per cent.

“One of the good things is that there has been an increase in the percentage of students in the top level. In 2010, having one per cent performing in Level 4 was just abysmal and embarrassing,” said Anna Stokke, a professor of mathematics at the University of Winnipeg who oversees the department of math and statistics.

Four per cent of students — up from one per cent during the last round of testing focused on math in 2010, are now in the top tier.

More local students, however, scored in the lowest achievement category of Level 1, a group not meeting Grade 8 numeracy expectations, than in any other province.

Stokke said scores are trending in the right direction, but it is her view introducing more rigorous standardized tests in Manitoba would help educators better gauge local challenges and understand what curriculum areas need to be adjusted to boost results.

Earlier this year, the province announced plans to implement new summative assessments at either Grade 3 or 4, 6 or 7, and Grade 10, with school-level data made available to local communities — a move Stokke supports.

“While these (latest) results are not optimal, we are encouraged by the work that is being done with our education partners to get better results for students,” Cullen said in an emailed statement Friday.

The reading and science data shows Manitoba achieved significantly lower scores than students in Canada overall, although provincial scores are slightly higher than they were in both subjects in 2010.

There was virtually no difference in scores between genders when it came to math and science, but girls attained notably higher scores than boys in reading. Anglophone students outperformed their peers in French-language schools in reading.

For James Bedford, president of the Manitoba Teachers’ Society, the key to improving scores is tackling child poverty.

“We, as an organization, have been talking for years about why the results in Manitoba are what they are. It’s about social, economic factors that impact our students,” he said.

A new provincial task force on poverty and education is currently examining the correlation between income and school outcomes.

Bedford said the creation of the group is a positive one, but he is concerned about a trend of dwindling provincial funding for schools that does not keep pace with inflation and how that will impact student success amid ongoing COVID-19 pandemic disruptions.

This item is reprinted with permission from Winnipeg Free press. See article HERE.