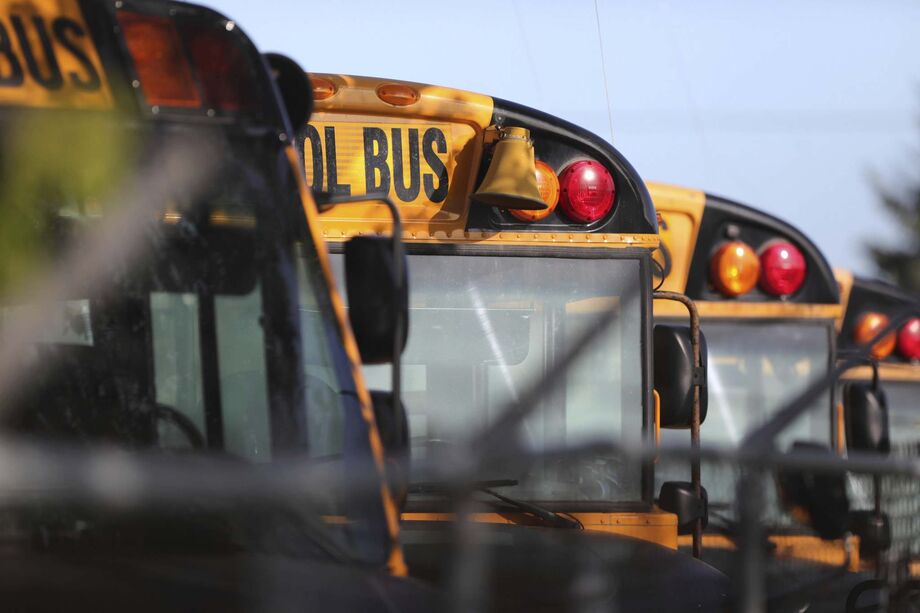 School bus drivers are in high demand as a longtime Manitoba-wide shortage of the professionals, made worse by COVID-19 and new public health orders, disrupts routes and student commutes.

Transportation managers in school divisions across the province are increasingly facing challenges with driver recruitment and retention, according to Paul Ilchena, executive director of the Manitoba Association of School Business Officials.

Ilchena put out a call to members of the public interested in driving for divisions Thursday, saying now is a good time to get involved “to help the education system.”

“I want to encourage people: if they’re looking to be involved in the education system, it’s a great opportunity and an interesting way to do it — from driving a bus in the morning to driving it at night, and connecting with kids,” he said.

“(The shortage) is a recurring problem every year, but it’s been highlighted by COVID,” said BJ Langdon, president of the local contractor for busing services.

“Some of our senior drivers are simply retiring, obviously nervous that they don’t want to catch this disease, whether they’re vaccinated or not… and now, with the vaccine mandate, you can’t drive school kids unless you’re double vaxxed or prepared to take the testing up to three times a week.”

He noted several unvaccinated drivers he employs have decided they don’t want to be subjected to frequent testing — a requirement put in place this week for employees who work in the K-12 education system.

In the Garden Valley School Division, located in Winkler, a health district in which only 40 per cent of eligible residents have received two doses of COVID-19 vaccine, approximately a dozen drivers are no longer on the roads.

Geoff Dueck Thiessen, who represents drivers in the area as the local director of the Christian Labour Association of Canada, said recruitment is a challenge under normal circumstances, given it is split-shift work and doesn’t suit everyone.

“Right now, the public health mandate requiring vaccination or regular testing has caused significant concern for several bus drivers. These concerns are very sincere and complex, including: religious views, political suspicion, distrust of the science, and concerns about loss of freedoms,” he said.

The union’s position is the public health order is reasonable and vaccinations are a crucial tool, but he said a minority of members are convinced the mandate is “too great an infringement on their freedoms to comply with.”