With the weather warming, the sap in the Assiniboine Food Forest is beginning to flow and tours will soon be available to the public,  allowing them to learn firsthand how maple syrup is created.

The syrup-making season lasts about three weeks, said Dave  Barnes, chair of Assiniboine Food Forest Inc. He said the collection of  sap to render into syrup will keep him and apprentice Maeve Cederstrom,  14, busy from sunrise to sunset.

The duo had their first sap run on the last weekend of March, Barnes said. They were forced to take a brief break after the “big freeze”  turned the sap in pails and trees into ice.

They had their official first sap boil Saturday, firing up the sugar shack evaporator to turn collected sap into syrup.

During the syrup-making season, about 200 pails hang from trees  in the Assiniboine Food Forest collecting sap from trees as they slowly  wake up for spring. Barnes and Cederstrom will collect the pails each  day to add to the sugar shack’s sap tank.

“The maple trees wake up by a sort of daily pump rising the stored sap out of the ground and up towards the branch tips. A sunny warm day  will call that sap upwards out of the ground, and this will fill the  collecting pails,” Barnes said.

The fluctuations of warm sunny days and freezing nights are  what make a maple producer happy. For a productive harvest season, the  ideal is “absolutely average weather.” A prolonged warm period or cold  snap can grind the collection to a stop.

As the trees go through this cycle and the snow melts during  the three weeks of the sap harvest, the trees become physiologically  much more active as well. The first sap collected is very simple and as  the season progresses, the trees get ready to break their buds and enter  spring creating a more complex tasting sap.

“Early syrups tend to be very delicate in flavour then in the next period they change to becoming more and more rich in flavour, and  finally the last syrups of the year would be called robust in flavour,”  Barnes said. “The colour goes from very light, to medium to darker.”

The sap collected from the forest is turned into syrup using an  evaporator housed in Barnes’ sugar shack. The sap is heated and gently  mixed using a sieve as a way to prevent it from boiling over.

“You’re taking the foam and just turning it back into liquid.  Sometimes we squelch by actually adding cold sap,” Barnes said.  Squelching slows the boilover of sap because they do not want it on the  floor of the sugar shack.

Cederstrom is stationed operating the sugar shack during tours. It is exciting to see people learn about the craft and enjoy a taste of  syrup, Cederstrom said.

The sugar shack is surrounded by Brandon’s finest grove of  oaks, Barnes said. A visit to the site allows a chance for guests to  learn how food is peacefully harvested from the landscape.

Barnes hosts the maple syrup tours of the forest each year  during the harvest season. During the visit, he will take guests on a  short walk around the food forest, show how the sap is collected from  trees and share stories about the ecological significance of the area.

Guests will also spend time at the sugar shack to see first-hand how the sap is turned into syrup. The tour ends with a tasting of the day’s  syrup.

Tours take about an hour, and Barnes recommends people dress for the weather.

“Be prepared for some wetness on the ground. We hope that the  snow is basically gone, but we can’t really tell. Dress well, think of  boots and make sure your kids are warm,” Barnes said.

A big bonfire is on site to help visitors warm up and relax after the tour. They can also purchase food or drinks.

Barnes first began hosting tours about six years ago, and 2022  marks the first time he has been able to host public tours since 2019.

He learned the art of creating maple syrup from friends running  a farm in McCreary, the oldest operation in the province. Bob Gass of  the McCreary area has helped grow the industry, Barnes said, bringing in  pieces of Quebec-built equipment to help in the maple syrup harvest for  the last 30 years.

“People are generally very surprised to learn that maple syrup  can be made in Manitoba,” Barnes said. “There is a thriving Manitoba  maple industry.”

Check out assiniboinefoodforest.ca for information on programming and ways to participate.

This item reprinted with permission from Brandon Sun, Brandon, Manitoba 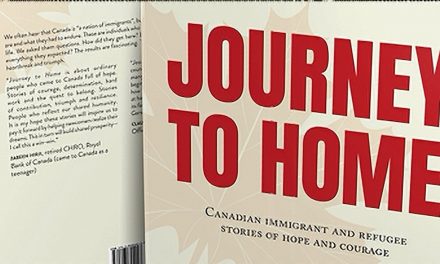 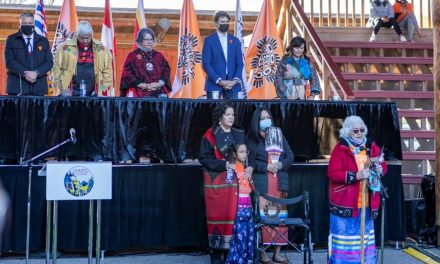