Mayor resigns from emergency services board 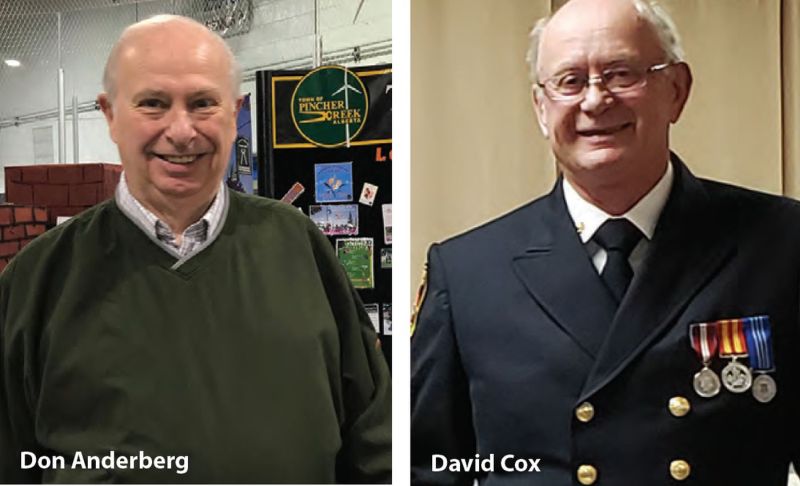 Pincher Creek mayor Don Anderberg will no longer serve on the Pincher Creek Emergency Services Commission. The mayor announced his resignation during the town’s July 7 committee of the whole meeting.

Mayor Anderberg says his decision to resign resulted from the termination of former fire chief Dave Cox last month. PCESC released a media announcement on June 18 stating Chief Cox was stepping down, but Mr. Cox says he was simply served a letter of termination.

“There was no awareness. They just sort of walked in and dropped it on me,” says Mr. Cox, who has fought fires for over 40 years and served as Pincher Creek’s fire chief since 2009.

Mayor Anderberg says it was necessary for him to leave the board because his trust toward the PCESC members was damaged. The first time he heard the commission was considering replacing the fire chief was at the meeting where they voted to fire him.

“I was kind of left out of the loop. I didn’t really feel too good about that,” says Mayor Anderberg. “I felt I could have brought some dialogue to the table in that conversation and I wasn’t able to.”

In addition to disagreeing with the termination, the mayor believes the decision was made before the vote, which compromises his relationship with board members in other municipal governance settings.

This item is reprinted with permission from ShootinTheBreeze.ca. For the complete article, click HERE