Farmers are facing a delay in seeding that could be up to three weeks or longer due to excess moisture creating waterlogged fields.

The Colorado lows that have hit Westman this month have brought  excessive precipitation in the form of rain and snow, affecting  farmers’ abilities to get on their fields and begin seeding.

The potential for a third Colorado low this weekend is  unprecedented and could be detrimental to producers, said Keystone  Agricultural Producers (KAP) president Bill Campbell, who is also a  grain farmer and livestock producer from Minto.

“Normally, May would be somewhat of a transition from winter to  spring. What we generally see is the snow disappear and we start to see  the soil temperatures warm up and we get soil conditions that allow for  our farm equipment to get on the land to start the planting process,”  Campbell said. “We have a relatively short growing season in Manitoba …  that jeopardizes our food supply when we have late seeding and delayed  harvest.”In Manitoba, the favourable window for seeding is typically around May 10-15. Any delay in that process starts to threaten production  expectations.

The excess moisture has impacted farmers across the province.  KAP has spoken with producers along the Yellowhead Highway who think  they could be three to four weeks behind in seeding, and producers north  of Winnipeg expect to see some acres go unplanted this year.

“We just need some 20-degree days and some gentle, drying winds  to help bring about proper soil temperature and proper soil conditions  so that we can get our equipment out in the field,” Campbell said. “When  we try to seed a crop when conditions are not right, with an improper  seedbed that you don’t get good germination, then you don’t get very  good stand establishment and then you also run into production levels  that are less than optimal.”

Minto missed the worst parts of the second storm, seeing an  inch of rain and some snow. Campbell said the area was left with muddy  spots that are beginning to dry out, but infrastructure, including  roads, has been affected by the extreme weather.

“We as farmers certainly want to produce the most and best  quality crop that we can, but sometimes that is out of our control with  environmental conditions.”

Russell Johnk farms across south-central Manitoba from Swan  Lake to Treherne to Stockton, producing potatoes, wheat, canola, corn,  soybeans and peas. Fields near Swan Lake still have snow and water, he  said, while those closer to Glenboro are a little drier.

He estimates the farm will face about a two- to three-week delay in seeding as many fields have standing water and mud.

“We’re already behind from normal seeding. Typically, we’re  planting potatoes in the next day or two and we usually have wheat in  around April 20,” Johnk said. “We’re definitely late and we’re still not  ready to go.”

He is hoping to start seeding around May 10 for early cereals like wheat and oats, and May 15 for potatoes.

The delay could potentially impact the final yield of crops, he  added, but this will largely depend on the weather over the summer. The  concern now is if ongoing cooler temperatures prevent the fields from  drying out enough to get crops planted.

“It’s not necessarily [that] the writing is on the wall for a  disaster crop year, we just need a temperate good growing season,” Johnk  said.

Carroll farmer Darrel Carlisle, who produces mostly corn and  canola, expects the farm will be a week to 10 days behind its typical  seeding start date.

“Mother Nature is the boss; there’s no changing her. Once it  starts to warm up, we’ll get out to the fields,” Carlisle said. “For  most guys in this neck of the woods, this part of Manitoba, you’re  normally running by end of April start of May. So it’s going to put us  behind.”

Carlisle’s fields are currently waterlogged largely due to the  cold temperatures keeping frost in the ground and preventing moisture  from seeping in. Once temperatures change, he expects moisture to move  into the ground, allowing farmers in his area to begin planting in the  next 10 days or two weeks.

He will start to worry if the delay creeps up to three weeks.

It has been a challenging spring for Pilot Mound farmer Tammas  Collins, who produces canola, wheat, soybeans, peas and edible beans.  Some of Collins’ fields are almost bare while others are underwater.  There is still frost on the ground and snowbanks measuring more than  eight feet in some areas.

“We are definitely going to have a late seeding — no ifs, ands  or buts. It’s going to be late to the point where yield reduction is  going to happen.”

The overland water will prevent seeding in wet spots, he said, meaning some areas will go without a crop over the summer.

He estimates every week of delay impacts about seven per cent of his crop yield.

“We live in a very, very short season area here, and we are  sowing right after frost and hoping it matures right before frost,”  Collins said. “It could be doom and gloom because of the weather, but if  we can pull it off and get this crop in in late May, early June and if  prices stay the same, I’m still optimistic.”

Boris Michaleski farms southwest of Dauphin on the northern  slopes of Riding Mountain where he grows wheat, oats, canola and  soybeans.

The farm fields are currently “white and wet,” he said. The  last two snowstorms coupled with excessive rain have led to a best-case  scenario of seeding around the May long weekend — a little later than  usual but not unheard of.

“The one thing at least with the moisture that we have, we’re  in a much better position moisture-wise than we were a year ago,”  Michaleski said. “If that water is able to soak into the soil instead of  running off into the ditch, that definitely means it’s going to help  recharge out moisture level in the soil.”

This item reprinted with permission from Brandon Sun, Brandon, Manitoba 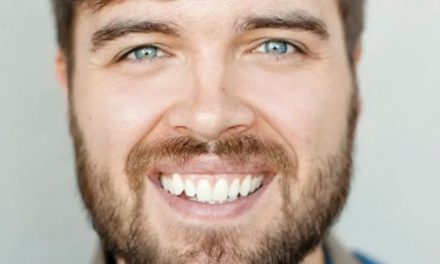 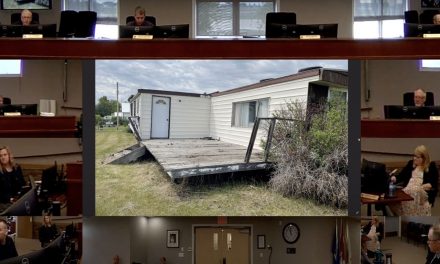