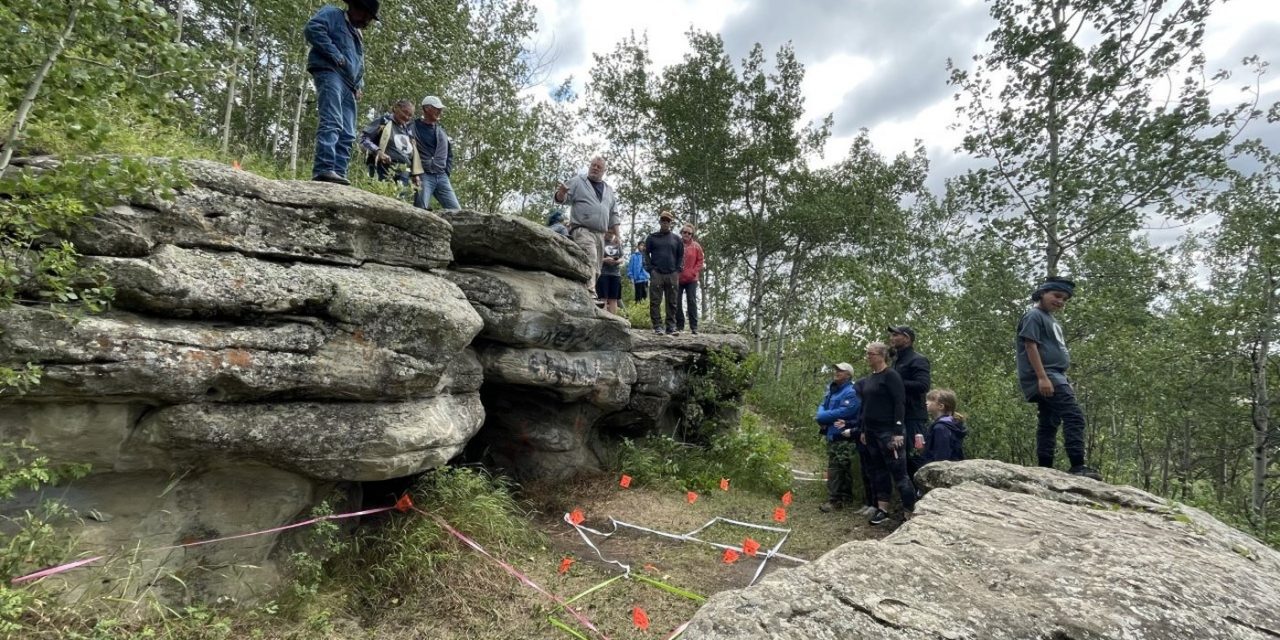 An ancient cave site at Charlie Lake will go under the shovel for the first time in more than 30 years this spring.

The Tse’K’wa Heritage Society will host an archaeology field school at the national historic site from May 2 to June 10.

“There’s a lot of excitement from the community, the number of people interested far exceeds the number of spaces available, which is a good problem to have,” said Currie. “We’re really encouraged by that and we’re excited to see how this can launch into future opportunities.”

“We’ll also be bringing in local knowledge keepers, Dunne-za elders, and those in our community that we really feel can add to the education components to our field school,” said Currie. “One of our important goals for the field school is understanding the value of bringing together both academic archaeological and traditional indigenous knowledge.”

Tse’K’wa means rock house, and though well-known to local residents and First Nations, the cave was only discovered by archaeologists in 1974 and then excavated in the early 1980s. Among the artifacts found were a 10,500 year-old stone bead, spear and arrow points, harpoon heads, and bones from humans and various animals including bison and raven.

Students this year will camp out at Charlie Lake and take part in new excavation just behind the cave, said Currie. The anthropological relevance of the site remains critically important to Northern B.C. and the First Nations who call the region home, she said.

“It’s really important as part of reclaiming the cultural heritage of the Dunne-za people, that we empower them with these skills to be able to do that work,” said Currie.

The field school also ties into the society’s plans to develop a cultural centre at the site, added Currie.