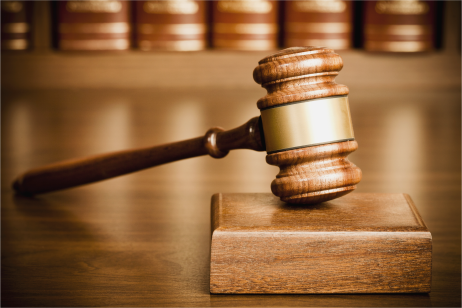 A Supreme Court judge has reserved her decision in the appeal of a New Denver man convicted last summer of not filing his income tax returns for several years.

Holsworth was convicted last July on seven counts of not filing an income tax return between 2014 and 2017. Three of the non-filings were for personal taxes, and four were for Holsworth’s outfitting company.

Provincial Court Judge Craig Sicotte fined Holsworth $5,000 – $1,000 for five of the charges – and gave him one year to file outstanding income tax returns. He also reduced the fines on two of the charges to $1 to recognize Holsworth’s late attempt to file those returns.

Just as in his initial trial, Holsworth came to the appeal court prepared to explain to the judge his long-standing battle with the legal system.

In a wandering 90-minute deposition, he said he lost faith in the justice system during his divorce proceedings 15 years ago. He claimed that during the trial, the judge accepted testimony that was not in the transcripts, and also that a lawyer fabricated part of a court order.

Holsworth recounted how he has taken his complaint to everyone from the BC Law Society, the BC Ombudsman, to the Canadian Judicial Council, the RCMP, the Attorney General of Canada and the Prime Minister’s office.

Turned down at every step, he’s now taken his case to the United Nations. He claims the fact judges have absolute discretion to accept or reject evidence denies him a fundamental right to justice. He also said his treatment has infringed on his freedom of expression, cost him his driver’s licence and passport, and that he fears for his security and safety as a citizen.

Justice Lyster asked Holsworth repeatedly to explain how his past experience with the justice system had anything to do with the appeal of this conviction.

He said his past treatment showed unfairness and bias in the entire justice system that precludes him getting a fair trial; that, and the fact that the legal system depends on revenues from the tax system to operate means it has a bias in its favour.

“I have presented a very valid freedom of expression defence, regarding the reporting of criminal activity and breaches of statutory duties within the entire legal system that should result in resolution of this matter today to ‘not guilty’ and the undertaking of investigations into this matter,” he told the judge, calling his appeal “a protest”.

“It is disappointing of course that this was the only method of communication left available to me,” he said.

Holsworth appealed the July ruling on several grounds: he said the trial judge erred in dismissing his constitutional arguments against the Income Tax Act out of hand; that because he had no money, his $5,000 fine constituted cruel and unusual punishment; and the case should be thrown out because it took prosecutors seven days more than the 18-month guideline set by the Supreme Court of Canada for a speedy trial.

Besides having the case thrown out, Holsworth also wanted the court to issue a writ of mandamus. That’s basically a judicial order compelling a public official to do their duty. Holsworth wants Justice Lyster to force the federal Minister of Justice to look into his complaint of judicial wrongdoing.

“The entire public service, the combined legal powers of the AG of BC, AG of Canada, and MOJ office plus the denial of service from every lawyer including civil liberties groups and constitutional lawyers, obstruction of justice by MOJ, and denial of my right to an answer to a constitutional question prior to trial, and you still claim you can provide me with a fair and impartial trial?” he asked the judge. “Let’s go out into the street and ask some random Canadians how they feel about that question…”

But Crown lawyer Esher Madhur noted whatever his past and current legal complaints, Holsworth offered no evidence at his trial to meet the actual charges against him.

“It is regrettable Mr. Holsworth has had so many negative experiences, but the trial judge was right to dismiss them [as irrelevant],” she told the appeal court. She said the issue was that Holsworth hadn’t filed seven income tax returns.

Madhur noted that Holsworth said his right to a fair trial was compromised because the Income Tax Act doesn’t allow a defence called ‘due diligence’ – that an accused has taken precautions to avoid breaking the law. She said that even if Holsworth had been allowed to make that defence, he couldn’t because of his lack of action.

Madhur also noted that the trial judge had reduced two of the fines against Holsworth from $1,000 to $1, noting since the trial started he had tried to file two of his outstanding seven returns. But she said the trial judged had erred in doing that – that the mandatory minimum fine was $1,000. She asked for those to be reinstated.

“It is a straightforward error-correction in sentencing,” she told the court.

As for the clock running out on Holsworth’s charges, Madhur said that was something that should have been raised at trial, and “this court is not in a position to raise the issue.”

After a full day’s hearing, Justice Lyster, who sat for years as a member of the BC Human Rights Commission, said she was reserving her decision. Next Valentine’s Day, she’ll announce when she’ll decide Holsworth’s fate. It’s not known when her judgement can be expected.

After the hearing, Holsworth told the Valley Voice he thought he got a fair hearing.

“I think that was about as good as we can expect,” he said. “I was thankful the judge did not provide a decision today, that she’ll give it careful thought. That is very encouraging.”

This item is reprinted with permission from Valley Voice, New Denver, British Columbia.