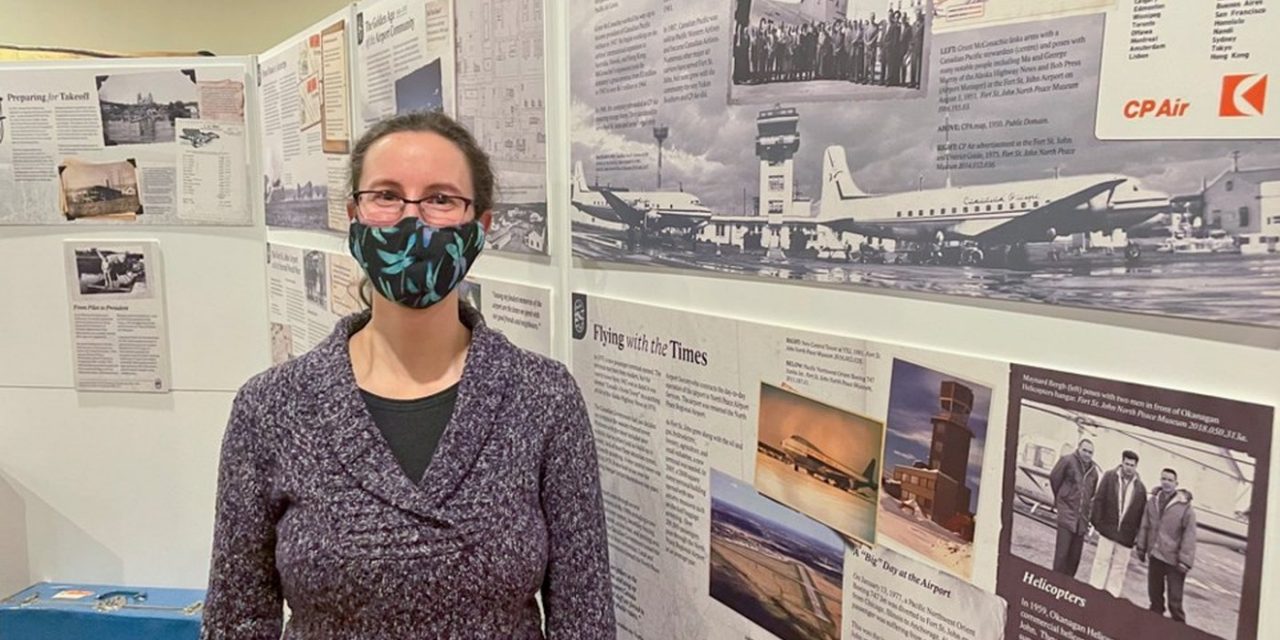 There’s a new permanent exhibit at the Fort St. John North Peace Museum chronicling the rich history of aviation in the region.

‘Soaring Over the North Peace’ opened Wednesday, Jan. 19, and looks at how aviation transformed the history of the area, from a 1935 mercy flight to the creation of Canadian Pacific Airlines.

Curator Heather Sjoblom says the museum has wanted to put together the exhibit for some time now, and finally has all the pieces thanks to donations of artefacts from residents, and information from locals with roots in the aviation community.

“It starts with a 1930s mercy flight. There was a fellow injured in an accident and all the prominent citizens in the community, people like Duncan Cran and C.M. Finch, donated money so they can fly him out to go to a hospital,” said Sjoblom.

The community hired Grant McConachie, a well-known western Canadian bush pilot, who went on to become the CEO of Canadian Pacific Airlines.

“From there, Grant McConachie starts flying his plane to Fort St. John, landing at Charlie Lake. He starts to get mail contracts from Fort St. John to Fort Nelson, and into the Yukon,” said Sjoblom.

McConachie owned a fleet in the Yukon and Northwest Territories before selling to Canadian Pacific during the Second World War.

The exhibit then moves into the golden age of aviation during the 1950s, 60s, and 70s, expanding from bush pilots to commercial flights, and with a growing community being built around the airport.

“We focus a lot on [Canadian Pacific] because that’s the main air company that really grows with Fort St. John,” said Sjoblom. “Keep in mind there was no rail link to Vancouver until the late 50s.”

A variety of artifacts can be seen in the exhibit — suitcases from the late Sue Popesku with their original luggage tags, maps of aviation accidents in the area, and a flight suit.

Other local flying legends such as bush pilot Jimmy ‘Midnight’ Anderson are also featured in the exhibit, well-known for his guide and outfitting exploits in the Pink Mountain area and for using the Alaska Highway as his landing strip.

“No aviation exhibit in this area is complete without talking about Jimmy Anderson,” said Sjoblom. “There’s lots of great stories on him, and the probably with any exhibit we do is that there’s so many amazing stories, and you can only squish so much in.”

The exhibit can viewed during regular museum hours.