When Tom Mcleod visited his home in Aklavik, N.W.T., a few years ago, his niece wanted to watch a specific television program with him.

It was an episode of the Inuit TV show Tamapta dating back to 1985, featuring her late grandfather.

So they streamed it, and ran up their internet bill after a couple of views.

Yet again, Mcleod said, he was reminded of the barriers Inuit hit when trying to watch culturally relevant TV shows in their own language.

“That’s just a microcosm of Inuit wanting to watch Inuit television but it being inaccessible,” Mcleod said in an interview.

“[That’s why] I think having [this content] available on broadcast is so important.”

The network launched on Shaw Direct’s channel 268 on May 2. Later this summer, it will be available online at Taku.tv, as well as a smartphone app by the same name.

During the first week, Inuit TV had about 10 hours of programming each day, but will eventually move to 24 hours.

Much of the first week’s content originated in the Inuvialuit Region, Greenland and Nunavut.

“It was really wonderful to see my language and my people represented on television,” Mcleod said.

Nunavut programming included a play called Kiviuq as well as a documentary called Unipkaaqtut, which means “passion for the language” in Inuinnaqtun.

Mcleod said his vision for the network is to give Inuit a space where they can create content in their own language. He said he wants people to be able to hear and learn their own dialects.

This includes having programming in several Inuktut languages, including Inuktitut, Inuinnaqtun, Inupiatun, Inuvialuktun, Inutitut, and Kalaallisut.

There is no process right now for Inuit to pitch their ideas to the network, but that’s something Mcleod and his team are working on.

The network is also looking at getting a channel on Bell and the Arctic Co-op cable network to reach a larger audience.

“I’ve heard from some folks that they feel sort of distanced from their culture, not being able to be involved or have access to this sort of television service,” he said. “I’m hoping that we’ll be able to reach the whole of the North very soon.

Uvagut TV’s executive director, Lucy Tulugarjuk, said in a statement that the new channel is a “ringing endorsement that Canada needs to embrace and support multiple platforms of Indigenous content.”

Uvagut TV is a round-the-clock broadcast on Shaw Direct, Arctic Co-Op Cable in Nunavut and the territories and FCNQ in Nunavik. It launched last year.

The two networks have a “really wonderful relationship,” Mcleod said, adding that he went on Uvagut TV to promote his channel’s launch.

“Having multiple Inuit broadcasters can only be a good thing,” he said.

“I want to have space for Inuit to make whatever they want to make. Having that space in 48 hours instead of 24 could go a long way to more Inuit being able to do what they want to do.”

Central to Mcleod’s dream of seeing more Inuit on TV comes from his uncle, who used to watch all of the Inuit shows he could find on the Aboriginal Peoples Television Network, even if they weren’t in his language.

“He used to say, ‘I don’t always know what they’re saying, but when they laugh, I laugh and everybody has a good time,’” Mcleod said.

“Seeing people like him on television was enough that he was just happy to be there.” 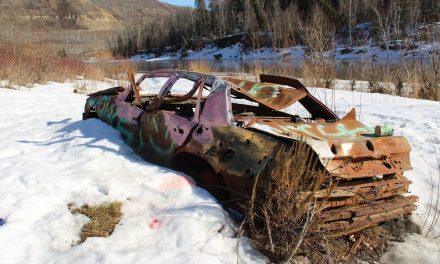