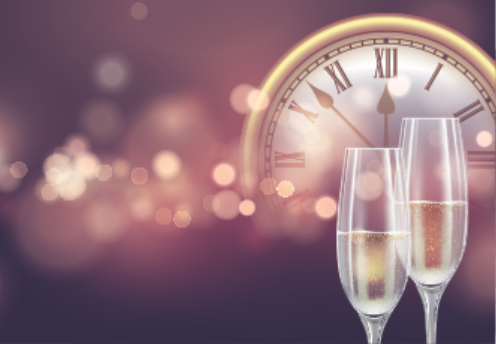 Celebrations will be taking place around the world Friday to welcome in the New Year. As we await 2022, the News takes a look at what the New Year means to populations across the globe.

In El Salvador, New Year’s is called Noche Vieja, which means ‘Old Night.’ Noche Vieja celebrations begin on Dec. 31, when families come together to cook, eat and enjoy each other’s company. Often, Salvadorans purchase new clothes for Noche Vieja as a way of entering the new year in style, while also encouraging good things for the upcoming year. Most Salvadorans continue the celebrations on Jan. 1 by going to the beach. To wish Happy New Year in El Salvador, say ‘Feliz AÃ±o Nuevo.’

While the Irish enjoy many of the same New Year’s traditions Canadians do, Ireland has several unique traditions as well. Many Irish families clean their houses before the New Year, as it’s believed a clean house will bring good luck. Some families bake a special Christmas bread, which they then break apart and use the pieces to tap on the doors and walls of their houses. It is believed that by doing so they will not go hungry throughout the next year.

To many Russians, New Year’s is more significant than Christmas, as it is a time spent with family and friends. Festivities usually begin on the evening of Dec. 31, with elaborate dinners of traditional Russian holiday foods and drinks, such as Olivier salad and pickled herring. For the next two weeks, many Russian institutions are closed so people can enjoy local events, shows and gatherings. The way to wish Happy New Year in Russia is ‘S Novim Godom.’

Due to using a unique calendar system which has 13 months instead of 12, Ethiopia’s New Year lands in September rather than January. The celebration is called Enkutatash. Many Ethiopian families spend Enkutatash together singing, dancing and cooking traditional dishes like doro wat – a spicy stew or difo dabo – Ethiopian bread. Yellow flowers called adey abeba are one of the symbols of Enkutatash. Ethiopians say ‘Enkuan Aderesachihu’ to wish a happy New Year.