WEST COAST – While it is clear the current healthcare system is overrun and overburdened in every region, a lack of specialized services on this province’s West Coast is especially worrisome to residents. One family found themselves facing devastating and harrowing circumstances when they lost their mother last year while awaiting an emergency airlift to St. John’s for treatment. Debbie Pike said her mother, Betty (née Dwyer), was born and raised in Curling and at 82 years old was still very full of life.

“She was very active. She was involved in her church and played organ every Sunday. She went to her TOPS group every Monday. She bowled in two leagues here in Corner Brook. She played darts on Thursdays, and then in between she wanted to hang out with her children. So if we were going shopping or out for coffee or wherever, she wanted to be part of the action. She had a zest for life.”

Pike shared that as they were leaving Kippens beach, her mother said she was having tightness in her chest, so they went to the emergency room at Western Memorial Hospital once they arrived back in Corner Brook. After running blood work and an EKG, the staff at the hospital said there was nothing going on at that time. They attributed it to possible indigestion and advised Betty to consult her family doctor.

For two weeks, Betty experienced pain off and on, and assumed it was indigestion. She took Gaviscon and found some relief, but on July 21 at 2:30 a.m., Pike received a call from her mother, who by then was in extreme pain, and they rushed back to the hospital.

Once there, medical personnel determined that Betty was having a heart attack and would need to be admitted. The doctor informed the family that there was a bed ready for her in St. John’s, and they would just need to get her on the plane.

“He (the doctor) said it might not be today, but most likely will be tomorrow, which would’ve been the 22nd. That day came and they told us there would be no plane this afternoon because, I believe, someone was sicker, and they had to bump her off. We understood and Mom was still alert, she was laughing and talking and eating. She wanted her makeup in case the plane came. She wanted to have her face done. She was very smart and full of life.”

Pike said her brother Darryl, in anticipation of their mother’s arrival in St. John’s, drove across the island so that she would have someone with her once she arrived. However, as of the 22nd, the medevac still hadn’t come for Betty.

“Every time a nurse would come into the room we would ask, ‘What’s the news? What’s the news?’ I remember saying to Mom, ‘I’m getting really frustrated. I think I need to be saucy,’ because at this point I was starting to panic. She said ‘No, don’t be like that. You’ll get more with honey than vinegar.’”

Pike said the decision to ‘be like honey’ is one that she still regrets because now it was Friday the 23rd and as she was out picking some items her mother needed from the store, she received a call from her sister, Donna, who was still at the hospital.

“Mom’s pain is getting much worse. You may want to come back,” said her sister.

“When I got back, Mom was sitting up in the bed, trying to breathe, trying to make the pain go away. The nurses were doing everything they could, but over the next few hours she got progressively worse, and I was losing my patience.”

Pike finally confronted the staff about the medevac flight.

“Where is the damn plane? My Mom is going to die in the bed if you don’t get the plane here now,” Pike recalls saying.

In response, she was given the heartbreaking news that the pilot had finished flights for the day and gone home and there was no one else to cover. However, they were told a plane would be coming in from Goose Bay and should arrive by 10:00 a.m. the following morning on Saturday, July 24. That was something that gave the family a brief sliver of hope.

“We knew that she wasn’t getting out that Friday night and, in the meantime, Mom was in severe pain, and they had her on the maximum doses of medication they could give her. Throughout the night they had to intubate her. They had to shock her. It was just horrific, and we were there for all of it except the shocking part. They got us to leave the room. Mom was like a deer in the headlights because I think she knew what was happening and it was disturbing to see all of that, see my Mom, and for them to finally look at us and say there was nothing more they can do,” said Pike. “It was devastating. It brought my sister to her knees, literally. We begged her not to go, but between 7:30 a.m. and 8:30 a.m., Mom had passed away, never getting on the medevac to St. John’s.”

As they were leaving the hospital that morning, a nurse confided to Pike that her Mom never should’ve had to go through this, but sadly this is something they see all the time.

“The nurse also said, ‘To be honest with you, the plane never even left Goose Bay yet,’ so there was no plane coming for Mom. There never was a plane coming for Mom, and we felt so degraded and so hurt because my mom worked her whole life. She was a volunteer. She was very active. She never took from the government in any way, to be unemployed or anything, and the one time that she needed government to step up to the plate for her and literally save her life, she was let down and no one was ever coming.”

Pike said her and her family were left reeling.

“We were so lost, just so angry, and we just felt that if Mom could’ve gotten to St. Johns, maybe she didn’t have a chance, maybe her heart had too much damage by now, maybe it was too far gone, but at least we would know. But she could’ve made it to St. John’s and still be with us today. Maybe all she needed was a stent, but nobody could tell us that and we weren’t really getting any answers.”

Pike said the doctors and the nurses who cared for her mother did the best they could, and that they gave everything they had, but because the necessary cardiology equipment was not in Corner Brook, there was only so much they could do.

“The nurses and doctors at WMRH (Western Memorial Regional Hospital) can’t go into the system and note that their patient is in serious condition and needs the air ambulance now, over so and so in Port Aux Basques for example. Mom’s name was put into a system and then, I don’t know how it’s determined, but it’s very frustrating to see because, I know mom was 82, but she was a very active 82 and it was just sad that we didn’t get the help we needed and she died waiting for the plane.”

The little close knit family had consisted of Pike, her brother and sister, and their mother. They had already lost their father in 2009, and their little brother who was only 15 when he died in a tragic avalanche in 1986. Losing their mother like this was senseless and needless said Pike.

“Mom had five grandchildren and two beautiful great-granddaughters who she adored. They loved their ‘Nanny Pike’ and talk about her often. She was our best friend, and she was involved in all our lives, all of the time. We were helpless. We couldn’t help her, and we basically watched her die in the bed, and it was hard, too, because Mom had a fear of dying. That was one of the things that kept her awake at night, her age. It bothered her. So that’s a thing on my mind. Was she afraid? Did she know what was happening? That kills me to know that was probably what was going through her mind because she was very alert.”

Pike, who first shared her story on Facebook on the one-year anniversary of her mother’s passing, said she was not expecting the feedback that she received.

“I’ve been answering messages left, right and centre ever since – people with so many stories.”

The stories Pike has read from people who have commented on her post, tell a story of a glaring problem with the healthcare system on numerous levels. For Pike, the delays with the medevac is where the system failed her mother.

“We had the best care that Corner Brook could’ve given when Mom was there. The nurses were awesome and the doctors did what they could with the equipment they have. I have no complaints about that, but it was the medevac, and after this happened with Mom we heard of so many other stories as well. I think Labrador has had this happen a lot, but to have it happen here on the island, it was a real shock.”

Following Betty’s death, her family sought legal advice, but because of her age and the fact that very little was documented over the 3.5 days with regard to the air ambulance, there was not much for the malpractice lawyer to use as evidence, and the decision was made not to pursue it further.

“We sought legal advice because we know that the only way this is going to change is when government has to start paying legally for all the people who’ve died, and if more people pursue the legal route, then something might change because the government will have to start paying for their mistakes,” said Pike. “It wasn’t the money part of it. We would’ve sent that on to a charity somewhere. It’s the principle of it, showing government they will have to make changes or they will be sued left, right, and centre by other families if this doesn’t change.”

Pike said what happened to her mother was unnecessary.

Pike said the issue with the medevac is only one of the issues among hundreds currently plaguing the provincial healthcare system, and someone in government needs to stand up and say enough is enough.

“If we had a cardiologist here with equipment and a unit up in our brand-new hospital, there would be no need for all of these flights. I’m sure we would still need some, but not like this. We don’t even have a cardiologist in Corner Brook, so everybody needs to go to St. John’s. Some are waiting weeks to get in to see a cardiologist because there’s no bed, no plane. It’s really bad.”

Pike said this is a problem that is even more prevalent in communities residing a significant distance from any hospital.

“When you put it all together, it just doesn’t make sense. Our elected politicians need to step up to the plate and say, ‘Okay, this is enough. We need a better system. We need to get people to St. John’s. If there is a bed available, they need to go.’ We need someone in government who really cares about this, someone who really wants to make a change.”

Eastern Health did not respond to inquiries regarding the Medevac airlift system prior to publication deadline. 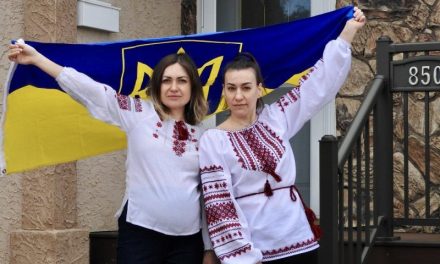 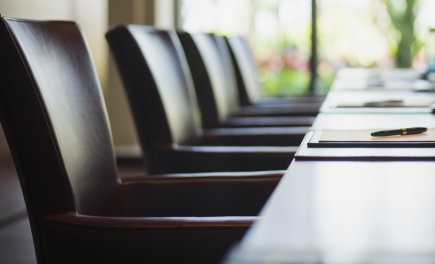