Not easily duplicated, the slides at Rotary Park are an engineering marvel 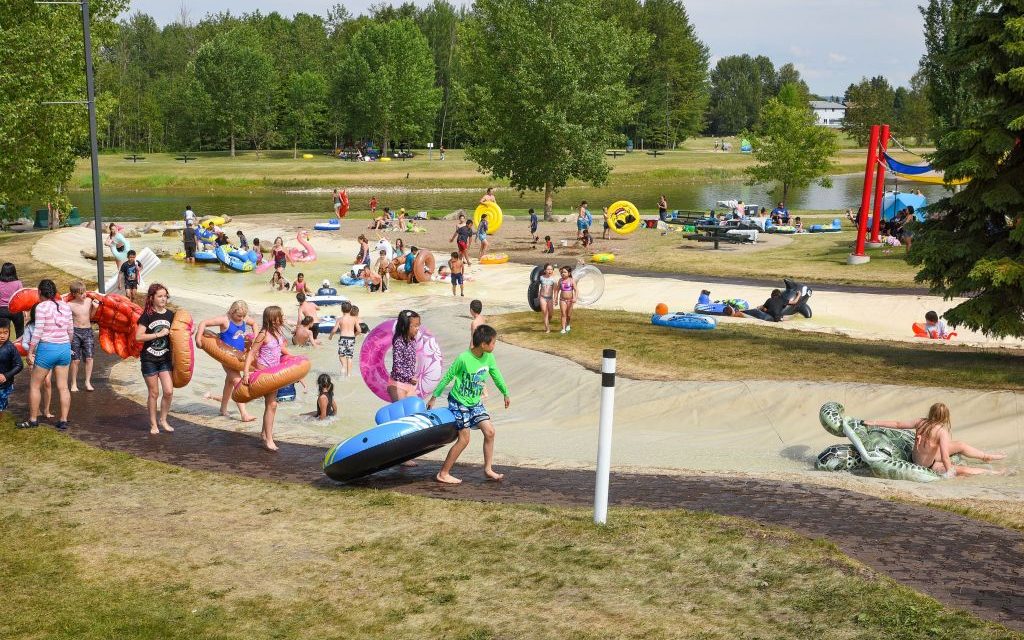 Last year while the slides at Rotary Park were off due to provincial restrictions, staff at the Town of Whitecourt, including Engineering Services Coordinator Juan Grande, did necessary work on the area.

Typically, the slides are replaced every five years or so depending on need, and it usually resulted in the team working frantically to complete work ahead of opening day. “One of the good things that came out of this whole thing was that we had the time needed to schedule the work, and we actually did some additional work. We not only replaced the second run, which is the fastest one, but we also put a pathway around the slides,” explained Grande.

He said that the area directly along the slides was where people routinely travelled anyways and that the grass was not handling it well. “We would end up with the grass basically gone by the end of the season, and mud would track onto the slides.” Once they realized the grass was not cutting it as a pathway, Grande said they tried sand. “That worked well, but we still had the same issues. At the end of every day, we found a lot of sand on the channel, and we would have to clean that up.”

The new pathway is cushioning and has a brick look to it. It is similar to the product on the ground in the play park area. “We were able to get a portion of the cost through a grant so, we will see how it performs this year,” said Grande.

As for the liner on the slides, Grande said the park’s popularity has led to them replacing the liner quicker. “This time, when we rebuilt it, we reconstructed the entire channel. Underneath the surface, we have a geomembrane, and underneath that, we have two layers of non-woven geotextile. That dampens the feel, so it is not as hard as a rock. Below that, we have a very deep layer of sand, and then below that is a reconstructed gravel base. All of that work happened while the slides were not running. In the long term, it will probably perform much better,” explained Grande.

This item is reprinted with permission from the Whitecourt Press. For the complete article, click HERE