Nova Scotia cop testifies on anti-Black training at Board hearing

The appeal hearing into a complaint of racial profiling against members of the Halifax Regional Police heard testimony from one of the constables about his training in anti-Black racism.

Const. Scott Martin, one of two Halifax police officers named in the complaint made by Kayla Borden, testified on Tuesday. The other officer, Const. Jason Meisner, testified at the hearing on Monday.

Martin was the officer who arrested Borden on June 28, 2020 when Borden’s car was mistaken for another vehicle that sped away from police and had no headlights on earlier that night.

During his testimony on Tuesday, Borden’s lawyer Asaf Rashid asked Martin if he received any training around anti-Black racism or racial profiling.

Martin said he completed a course on hate and bias-free policing and a program called Journey to Change within the last two to three years.

“It was really about being aware of your implicit biases and being able to recognize them and to act appropriately,” Martin said.

Rashid asked Martin if he could remember any examples of how racial biases could play out in policing.

“I don’t remember any specific examples from the course, it was a few years ago that I took it,” Martin said.

Martin said he could tell Borden was “a Black individual” as soon as he approached her. He said he acted in good faith and wouldn’t have done anything any differently, adding they had “ample grounds to affect the arrest” based on Const. Stewart McCulley description.

The driver of the car that sped away from McCulley was never caught.

In his testimony last December, McCulley said he was able to tell the driver was a white man in a black baseball cap.

He said he described over the radio that the car was both “black” and “dark coloured” but referred to the driver only as “he” and did not mention that he was white.

“I think that if the driver was Black that would have been mentioned,” Rashid told the Halifax Examiner following Tuesday’s hearing. “It would have definitely been referred to in the dispatch.”

In Borden’s case, Rashid said he sees this as “a very clear-cut issue.”

“This is another instance of officers jumping to conclusions right away as soon as they saw a Black person,” Rashid said.

“If it was a white person driving, I wonder would they have checked with the dispatch and verified they had the correct details before making an arrest? Would they have taken a step back and waited for the officer who made the initial observations to show up to ID whether this was the right person before taking any further steps? There’s a very good chance that’s what would have happened based on experiences that we’ve seen.”

Halifax Regional Police Chief Dan Kinsella is now expected to testify at the hearing on Jan. 5, 2023 when the hearing readjourns.

Halifax police lawyer Andrew Gough didn’t cross-examine any witnesses on Monday or Tuesday but made repeated attempts to prevent Kinsella from having to testify.

Prior to the hearing getting started last December, Gough motioned to quash a subpoena for Kinsella and one for Insp. (now Supt.) Derrick Boyd, the former officer-in-charge of the Professional Standards Division.

“Because we’re dealing with the difficulty of the chief being out of the jurisdiction this week, I’ve inquired with HRP to identify anyone else who might be well suited to speak to policy and training that could be relevant to these matters,” Gough said on Tuesday.

He then proposed that Deputy Chief Reid McCoombs testify, saying he could be made available Thursday of this week.

Although Thursday was initially set aside for the hearing this week, board chair Jean McKenna said she was no longer available that morning after it was determined on Monday that no one was scheduled to testify on Thursday.

“Of course, the second issue is Mr. [Rashid] and Ms. Borden’s willingness to accept the deputy chief in lieu of the chief,” McKenna said.

In the end, Monday’s scheduling decision was upheld and Kinsella is expected to testify at the hearing in January.

Const. Tanya Lambert, who was scheduled to testify on Wednesday, will now submit written answers instead.

This item reprinted with permission from   Halifax Examiner   Halifax, Nova Scotia
Comments are Welcome - Leave a reply below - Posts are moderated 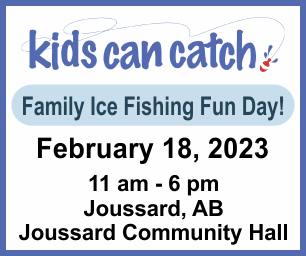