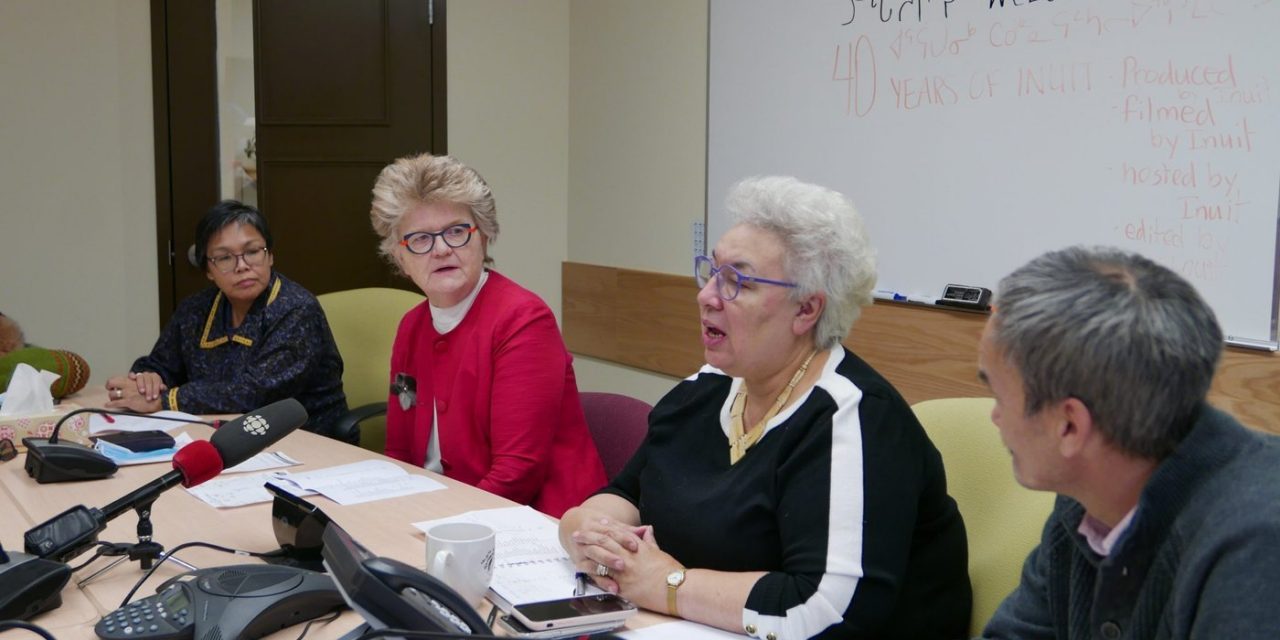 The creators of a petition that calls for better elder care in Nunavut say they hope that the territory’s new MLAs will treat the issue as a priority during their coming term.

“I hope the government takes it as an urgent priority right now,” Manitok Thompson said at a Thursday news conference.

Thompson, a former Northwest Territories and Nunavut MLA and cabinet minister, says she wants a special committee on elders set up by Christmas in the legislature.

Each MLA has been given a copy of the petition, along with a list of constituents who have signed it. The petition’s organizers are calling on them to table the petition in the legislature.

The petition calls for a basic elder facility in every Nunavut community, along with plans to bring elders home from southern long-term care facilities and more training and education to ensure elders’ medical needs are met in their home communities.

“Communities are being robbed when their elders are being sent away,” said Anne Crawford, an Iqaluit lawyer who also helped organize the petition.

It began six weeks ago, after the Pairijiit Tigummiaqtikkut board, which is run by Iqaluit elders, instructed Crawford to “go out and cause trouble,” she said.

They recruited volunteers in each community and set up times for people to collect signatures, Crawford said.

In Kinngait, 59 per cent of eligible voting adults signed the petition, and the Nunavut Association of Municipalities passed a resolution to support the petition in its recent meeting.

“It reaffirms that Nunavummiut care — they want their elders back,” said Nunavut MP Lori Idlout during the news conference.

Idlout said if the federal government meant its promises to truth and reconciliation, then it should help provide better treatment of elders.

She said she has directed her staff to look into ways she can advocate for support from Ottawa.

There are at least 43 Nunavut elders at Embassy West, a long-term care home, in Ottawa, and more in homes in Edmonton, Yellowknife, Winnipeg and Fort Smith.

When asked why previous governments weren’t able to provide adequate elder care, Thompson said the foundation of the government is not based on Inuit qaujimajatuqangit, or traditional knowledge, and that that should be a priority.

“They should be the foundation of a society, especially in the Inuit culture,” she said.

The sixth legislative assembly will sit for the first time Friday.