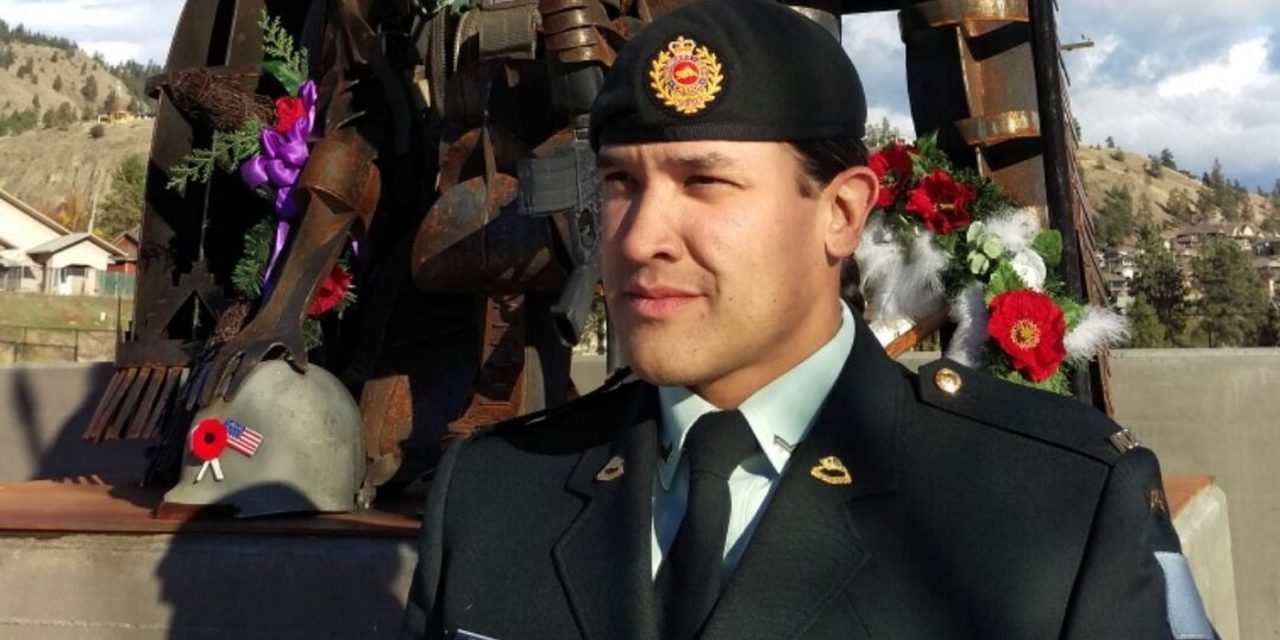 swʔw̓ikist (Corporal Justin George) has been chosen to form part of the vigil for this year’s Remembrance Day ceremony in Ottawa, alongside five other “outstanding Canadian Armed Forces (CAF) members.”

The Remembrance Day Sentry program was created in 1998 to recognize select members of the CAF and the Royal Canadian Mounted Police (RCMP) for their “dedication, professionalism, and performance in service to Canada,” according to the federal government.

George says he decided to join the CAF after completing the Canadian Forces Aboriginal Entry Program (CFAEP) in 2010.

“It’s always been in the back of my mind to join the army,” says the 36-year-old, whose name — swʔw̓ikist — means “lightning” in nsyilxcən, the syilx language.

The CFAEP is a three-week program, which aims to offer Indigenous Peoples a “hands-on experience with military training, careers and lifestyle with no obligation to join the CAF after,” according to the federal government.

George says his family has a history of serving in the armed forces. His Opa (grandfather) served in the Second World War, and he had an uncle in the [U.S.] Marines, he says.

His older sister Carlene encouraged him to join the CFAEP, he says.

“She actually went and got the information and … gave it to me. And then that was the push that I needed to make my decision,” says George.

George says he’s currently based in Edmonton, where he’s serving in 1 Combat Engineer Regiment as a squadron maintenance representative. He says his primary role is to support the infantry, helping to maintain more than 100 CAF vehicles.

“Combat engineers ensure that troops can live, move, fight on the battlefield and deny the same to the enemy,” says George, adding that they build and destroy roads to give Canadian Forces an advantage.

“My role as a squadron maintenance representative is to manage and ensure all of our vehicles are in working order and ready for courses, tasks and military exercises.”

Asked if there’s anything he’d like people to understand about what it’s like to serve in the CAF as an Indigenous person, George says, “It’s in our blood.

George says he has a mandate to support Indigenous members as they exercise their unique cultural and traditional identities within DND and the CAF.

He says he’s both Sentinel for his regiment and part of the Defence Aboriginal Advisory Group in Edmonton.

“When there’s a soldier having issues, professionally or just personally, and if they don’t feel comfortable to go talk to a padre [or chaplain] right off the bat, they can come to talk to me,” he says. “I have the resources to point them in the right direction.”

George also has the honour of carrying the CAF’s Eagle Staff.

“The Eagle Staff travels the world constantly, getting presented and carried at certain ceremonies and commemorations around the world,” he says.

The creation of the staff began in 2002, according to the federal government. It was the vision of two (Indigenous) former CAF members — Chief Petty Officer, 2nd Class (Retired) Debbie Eisan and Petty Officer, 2nd Class (Retired) Chris Innes — who were “inspired by the desire to create a powerful symbol of unity among Aboriginal women and men in DND and CAF, past and present.”

Giving back through the Bold Eagles

When George isn’t fixing up military vehicles, he says you might find him leading Indigenous youth through the Bold Eagle program in Wainwright, AB. The summer program aims to combine Indigenous cultural teachings with military training.

“It was my dream to be able to instruct a program like that because that’s how I got into the military,” he says. “It was like me giving back.”

George says he was actually teaching youth in the program when he got the call about being chosen to play an essential role during this year’s national Remembrance Day ceremony in Ottawa.

“My name was actually put up last year, but I wasn’t selected. But this year my name was put up again and they selected me,” he says.

“It is an important program, especially on Remembrance Day … I think about all the past soldiers, present and future because it’s a time to reflect.”

George was nominated both years by his squadron handling officer, Major Nathan Korpal.“Cpl. George has an amazing attitude. It would be hard to find someone who is more uplifting in the entire squadron,” says Korpal. “He also has maintained strong ties with Indigenous Peoples and especially Indigenous people in the Canadian Forces.”

Carlene, George’s sister, says, “We are so very proud of him! His accomplishments within the Canadian military are inspiring to our youth.”

Editor’s note: We don’t use capital letters in nsyilxcən words. This is because, according to nsyilxcən language holders, capitalization insinuates that someone or something holds more importance than another, and this belief does not fall in line with syilx ethics.

This item is reprinted with permission from The Discourse. See article HERE. 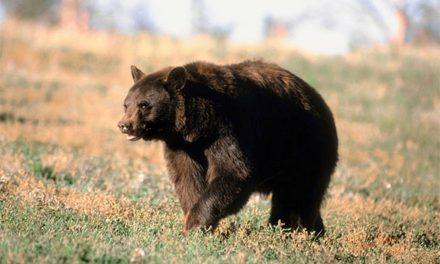 BC sees lots of black bears this summer, some safety tips 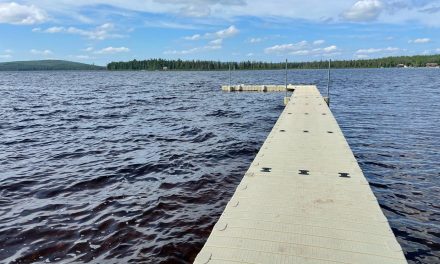