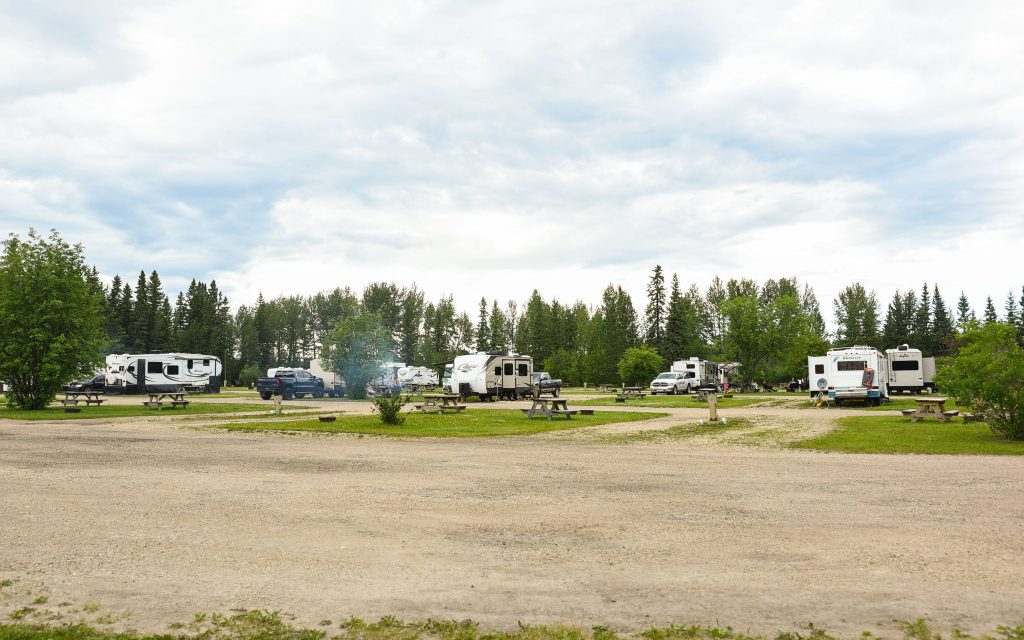 The Town gave a permit to the original owner to create 62 seasonal sites. Fast forward a couple of decades to the spring of 2020, when portions of the park flooded. Town resources helped, and, in a debrief afterwards, it was discovered that between 2003 and 2011, 51 additional sites were added to the campground without permits.

During the June 14, 2021, Regular Meeting of Council, Development Officer Sam Love brought forward the issue. “(The current campground owner) indicated that these 51 sites were there before he purchased the park, and he’s added one site since he purchased it in 2011,” he explained. The 51 additional sites include 19 fully serviced, 21 partially serviced and eleven not serviced.

Surrounding much of the campground is a town-owned Environmental Reserve area that cannot be used. “It looks like some RV’s were parked on there in recent years, and there’s one site on it (101) established without a permit. A couple of sites appear to be partially outside of the property line, which means that they are encroaching on town road allowance on River Park Road. There is a fence that they back out onto, and it looks like it’s outside of the property line,” explained Love.

The Whitecourt Fire Department had issues too. Love explained that their concerns included fire pits in the spring since the campground is open year-round. They also expressed concern for the winter months due to “safety issues in the winter such as furnaces, propane tanks and more people cooking inside the RV’s instead of outside where there is less of a fire risk.” Love said current owner Dwayne Gibson was willing to work with the department.

During the flood debrief, the risk from proximity to the river came up. “Alberta Environment is aware of the flood risk. Because they (the park) don’t typically have permanent structures, Alberta Environment has advice on allowing RV parks in flood-prone areas. One idea is that the campground office has keys for the RVs. Last year several RV owners were out of town, and there was no way to get a hold of them to get their vehicles removed.”

Tying into the flood risk, Alberta Environment mentioned that it’s imperative to have an evacuation plan in place. “Last year, there was some advanced notice of the flood coming, but it was still a challenge getting people to get their RV’s out and to notify them. It is essential from Administration’s perspective to have an Emergency Evacuation Plan so that we don’t run into this situation again.”

This item is reprinted with permission from the Whitecourt Press. For the complete article, click HERE