Calls to St. Thomas police for service in the city’s downtown have dropped more than 80 per cent since a supportive housing facility opened there, a figure the housing agency says underscores the importance of such projects in the region.

City hall and Indwell, a Christian charity that provides affordable housing across Southwestern Ontario, opened the 15 housing units above the city’s public transit office at 614 Talbot St. in the fall of 2021.

“When the building opened, we noticed a considerable drop in calls for service in the downtown core,” police Chief Chris Herridge said.

Upon noticing that trend, he said, a patrol officer assigned to the downtown area took a deeper dive into the statistics, recognizing calls for service in the core dropped by 87 per cent each month.

“For me,” Herridge said, “I’m a true believer in the service they (Indwell) provide because that’s exactly what we need to help out with the social determinants of health that we are facing here in our community.”

This is the first time Indwell has received this kind of data from a police department, said Graham Cubitt, director of projects and development.

“We know, anecdotally, that supportive housing makes a huge difference for the people we serve and their involvement with police or bylaw . . . but we’ve never had the actual numbers,” he said. “It was surprising to us just how dramatic that difference was for the community.”

The Railway City Lofts are geared toward people who need mental health and addiction support, Indigenous people and people who are homeless or at risk of becoming homeless. They were introduced as part of the city’s approach to tackling a growing homelessness crisis during the pandemic.

Part of the reason for the decline in calls to police for service, most of which were mental health and addictions related, Cubitt believes, is because tenants are receiving direct access to health-care services.

“When we work with the community health centre to have a doctor visit Railway City Lofts rather than each individual person having to find their way to a medical appointment, that’s a huge efficiency for the system.”

For Cubitt, the trend seen in St. Thomas is a reminder of what’s possible when local governments and agencies partner to create change. “It really underscores the value of investing in supportive housing and how quickly it can make a difference,” he said.

The lofts are the first of three projects Indwell operates in the city. Forty-five one-bedroom units on Queen Street and roughly 68 units at Ross and Centre streets are in the works, with the former set to open in early 2023.

Indwell also is active in London with a building at 356 Dundas St. and is expected to open one at 744 Dundas this summer. It also is repurposing two heritage buildings on the old Victoria Hospital lands.

Cubitt said the agency is “very keen” to work with other community supports, including police, in cities where future projects are planned to “refocus how we deal with mental health.

“When we can work co-operatively and see supportive housing as a solution, rather than just enforcement, it’s better for everyone.”

The Local Journalism Initiative is funded by the Government of Canada

This item reprinted with permission from Free Press, London, Ontario 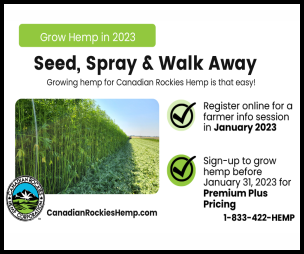