Pope Francis to travel to Canada 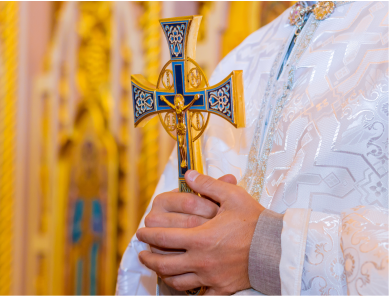 CANADA – Repeated calls to the holy father of the Catholic Church to formally apologize to Indigenous People have prompted a commitment from the Pope to make the journey to Canada. However, he has not pledged to apologize or release the much sought-after records from the institutions that caused so much pain and suffering.

The call to action is one of the 94 Calls to Action issued by the Truth & Reconciliation Commission in 2015. It is included in the four calls upon the churches responsible for running the residential schools before the government took over in 1969.

As stated in the report: “We call upon the Pope to issue an apology to Survivors, their families, and communities for the Roman Catholic Church’s role in the spiritual, cultural, emotional, physical, and sexual abuse of First Nations, Inuit, and Métis children in Catholic-run residential schools. We call for that apology to be similar to the 2010 apology issued to Irish victims of abuse and to occur within one year of the issuing of this Report and to be delivered by the Pope in Canada.”

The Assembly of First Nations National Chief RoseAnne Archibald issued a formal statement, responding to the announcement, saying, “I’ll welcome Pope Francis when he arrives on Turtle Island to issue a long overdue apology to survivors and intergenerational trauma survivors. I am calling on the church to make a number of reparations while they are here and in the future.

“The Catholic Church must be accountable and acknowledge their responsibility for the great harm caused by their direct role in the institutions of assimilation and genocide that they ran.”

Archibald called for immediate action on returning “diocese land properties back to the First Nations on whose land they are situated, and investments into long-term healing initiatives, “beyond their recent commitment of $30 million announced on Sept. 27, 2021, to ensure support programs and services for survivors and their descendants.”

The National Chief also said, “Over 100 years of church efforts have resulted in the destruction of the social fabric of First Nations. Now, equal time, energy and resources must be made available to rebuild our children’s lives, our families and communities.”

The Chief also asked the Holy Father to renounce and formally revoke the Inter Caetera 1493 “Doctrine of Discovery” and replace it with a new papal bill that decrees Indigenous People and culture are valuable, worthy, and must be treated with dignity and respect.

Call to Action No. 45 calls to dismantling the “Doctrine of Discovery,” and will be covered in a future edition of the Wingham Advance Times.

Prime Minister Justin Trudeau has repeatedly asked the head of the Catholic Church to issue a formal apology and release the records; the request was first denied on March 27, 2018, with a letter from the president of the Canadian Conference of Catholic Bishops.

The letter opened with the statement, “Pope Francis has not shied away from recognizing injustices faced by Indigenous peoples around the world, but that he can’t personally apologize for residential schools.”

“As far as Call to Action No. 58 is concerned, after carefully considering the request and extensive dialogue with the Bishops of Canada, he felt that he could not personally respond. At the same time, sharing your pain, he has encouraged the bishops to continue to engage in an intensive pastoral work of reconciliation, healing and solidarity with the Indigenous Peoples and to collaborate in concrete projects aimed at improving the condition of the First Peoples.”

Indigenous Watchdog reported on March 28, 2018, that the Prime Minister told reporters, “Obviously I am disappointed in the Catholic Church’s decision not to apologize for their role in residential schools. The Government of Canada will continue to advocate for a papal apology.”

In April 2018, the Canadian Conference of Catholic Bishops defended the Pope’s decision not to apologize, saying, Pope Francis could not “personally respond” to the Truth and Reconciliation Commission’s request for an apology for residential schools, that the Catholic Church itself could not be blamed for the abuses committed at the institutions. The conference says the schools were run by 16 dioceses and about 36 orders independent of the direction or responsibility of the Catholic Church, represented by the Pope in the Vatican. Yet, the OPP records along with historical files reveal that the Catholic hierarchy in Canada, from the cardinal level down to the bishop, were deeply involved with residential schools, and their fingerprints are even found in the Indian Act. (CBC)

In May 2018, the Canadian government voted 269 to 10 across all party lines to call on Pope Francis to apologize for the Catholic Church’s role in the Indigenous Residential School system and also to call on the Catholic Church to “resume best efforts” to raise funds as agreed in the 2006 settlement deal between residential school students, religious groups that ran the schools and the federal government. The motion also asked Catholic entities to make “consistent and sustained “efforts to provide documents from the schools to former students who want them. (Toronto Star).

Shortly after the confirmation of children’s bodies buried on the grounds of one of the 139 residential institutions in Canada, the former Kamloops Indian Residential School, the head of the Catholic Church “expressed sorrow but never explicitly apologized for the church’s role in the forced re-education of more than 150,000 children, who were taken from their homes over a period of 150 years during the 19th and 20th centuries,” Indigenous Watchdog reported.

In July 2021, Pope Francis agreed to meet with a delegation of Indigenous survivors of Canada’s notorious residential schools in December in Rome.

Six days before the first legislated national holiday on Sept. 30, 2021, to commemorate survivors of this genocidal system and to honour those children who did not make it home, the Catholic Bishops of Canada issued a formal apology.

“We, the Catholic Bishops of Canada, gathered in Plenary this week, take this opportunity to affirm to you, the Indigenous Peoples of this land, that we acknowledge the suffering experienced in Canada’s Indian Residential Schools.

“Many Catholic religious communities and dioceses participated in this system, which led to the suppression of Indigenous languages, culture, and spirituality, failing to respect the rich history, traditions, and wisdom of Indigenous Peoples.

“We acknowledge the grave abuses that were committed by some members of our Catholic community; physical, psychological, emotional, spiritual, cultural, and sexual.

“We also sorrowfully acknowledge the historical and ongoing trauma and the legacy of suffering and challenges faced by Indigenous Peoples that continue to this day.

“Along with those Catholic entities which were directly involved in the operation of the schools and which have already offered their own heartfelt apologies, we, the Catholic Bishops of Canada, express our profound remorse and apologize unequivocally.”

The bishops committed to the process of healing and reconciliation and invited Indigenous People to “journey with them into a new era of reconciliation.”

They pledged to do some fundraising “in each region of the country to support initiatives discerned locally with Indigenous partners.”

“We commit ourselves to continue the work of providing documentation or records that will assist in the memorialization of those buried in unmarked graves.

“We pledge to work with the Holy See and our Indigenous partners on the possibility of a pastoral visit by the Pope to Canada as part of this healing journey.”

On Oct. 27, 2021, the Canadian bishops released the following statement, “The Catholic Bishops of Canada are grateful that Pope Francis has accepted their invitation to visit Canada on a pilgrimage of healing and reconciliation.”

The Holy Father’s full statement on the matter can be found at https://press.vatican.va/.

In anticipation of this visit, the planned delegation of Indigenous survivors, Elders, knowledge keepers, and youth will travel to the Holy See, where they will have the opportunity to speak to Pope Francis about the timing, focus, and themes in preparation for his future pilgrimage to Canada.

“The Bishops of Canada have been engaged in meaningful discussions with Indigenous Peoples, especially those affected by Residential Schools who have shared stories about the suffering and challenges that they continue to experience,” said CCCB President, the Most Rev. Raymond Poisson.

Poisson added, “We pray that Pope Francis’ visit to Canada will be a significant milestone in the journey toward reconciliation and healing.”

In spite of these recent developments, CBC reported in Jul. 2021 that “A Roman Catholic Church document claiming the church provided $25 million of “in-kind services” to residential school survivors is sitting inside a Regina courthouse, but officials are refusing to release it. The document is said to outline “in-kind services” that the church agreed to provide as part of a deal reached with the federal government to compensate survivors of residential schools in Canada. The Catholic Church, the only party refusing to sign the main agreement, reached a side deal with Ottawa. Dozens of lawyers hired by the 48 Catholic entities eventually signed.

“Those entities included various dioceses and archdioceses in Canada and orders of priests and nuns that operated some of the schools. The three other churches that operated schools — United, Anglican and Presbyterian — signed the original deal and paid full compensation years ago without incident.

“The Catholic Church made three promises to survivors, totalling $79 million.

A $29-million cash payment. Most of that appears to have been paid, with the church securing a court order in 2015 that it had to pay only $1.2 million of what was remaining.

Secondly, the church agreed to give “best efforts” at fundraising $25 million. Less than $4 million of that was paid to survivors. Citing the “best efforts” clause, a Saskatchewan judge absolved the church of further fundraising in that same 2015 case. Following a recent CBC News investigation, church boycott calls and revelations that more than $300 million was devoted during this period to cathedral and church construction, bishops across Canada announced a renewed fundraising campaign to be launched this fall.Thirdly, the Catholic Church was allowed to claim the final $25 million as “in-kind services.” The agreement specified that the services should directly benefit survivors and their descendants. Wider community projects could also qualify, but they were not the focus.

Indigenous Watchdog reported an update to the subject titled, “Court in Saskatchewan is refusing to release documentation of Catholic Church In-Kind Services”

“On Sept. 29, 2021, a Globe and Mail analysis of the documents found that nearly half of the 192 log entries list “community work and presence” by a pastor or religious sister, normal pastoral work not necessarily tied to any Indigenous In-kind services.”

The papal visit holds no promises for Indigenous, Metis and Inuit People as they appeal to the leader of the Catholic Church, but hope remains.

This item is reprinted with permission from Wingham Advance Times. See article HERE. 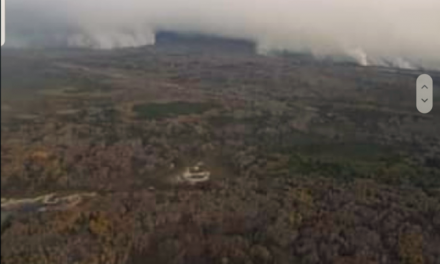