Pope Visit: Shockwaves and sorrow in Canada and Maskwacis AB

The following information and material here may trigger unpleasant feelings or thoughts relating to Residential Schools and the death of children. Please contact the 24 Hour Residential School Crisis Line at 1-866-925-4419 if you require emotional support.

(ANNews) – As the much-anticipated Papal visit continues to unfold in Canada, shockwaves are being felt in every corner of Indian Country. Not only are survivors – those who have approached the events welcoming and others with irrelevance, but also intergenerational survivors – being affronted with the reminders of this visit. Building from the Truth and Reconciliation Commission (TRC), the Papal apology appears as another fork in the road for Indigenous and non-Indigenous relations in Canada.

When the TRC’s Calls to Action were announced in 2015, much of the 94 recommendations focused on systemic issues born from the Residential School era, and the efforts required to make amends. Many of the actions called for changes in government policy, respect for traditional processes and the elevation of Indigenous beliefs. However, Call to Action no. 58 focused its gaze strictly upon the Church, his Holy Father and what should be expected in an apology.

“We call upon the Pope to issue an apology to Survivors, their families, and communities for the Roman Catholic Church’s role in the spiritual, cultural, emotional, physical, and sexual abuse of First Nations, Inuit, and Métis children in Catholic-run residential schools. We call for that apology to be similar to the 2010 apology issued to Irish victims of abuse and to occur within one year of the issuing of this Report and to be delivered by the Pope in Canada.” – Truth and Reconciliation Commission of Canada (2015) (emphasis added).

While the parameters outlined by the TRC seem immense, social media and commentary across Indian country was clear that they are a bare minimum standard of expectation. Many scholars, activists and advocates have called for additional steps to be taken by Pope Francis in addition to the apology. These requests included the rescinding of key instruments of colonial policy and justification, beginning with the 1493 Papal Bull-Inter Caetera which is often referred to as the Doctrine of Discovery.

Issued by Pope Alexander, this decree provided explorers and others acting in the interest of the Church the authority to assume control of all non-Christian lands in the New World. Although, in Canada, the Court has not pointed directly to the Doctrine of Discovery as a legal justification for Crown Sovereignty, there has been reference to decisions in the United States which rely on said decree. So it would be expected, that in order to truly reset the relationship and atone for wrongs committed against Indigenous people, rescinding this Church direction would be a courageous first step.

Alas, all hope for that possibility was lost when his Holy Father apologised in Maskwacis. Reflecting on the meetings held in April of this year, when a delegation of Chiefs, including leadership from Tk’emlúps travelled to Rome, Pope Francis once again expressed “sorrow, indignation and regret” for the actions of Catholics. Calling it a “disastrous error,” his Holiness requested forgiveness from survivors and the families of survivors.

Glaringly absent from the apology was any reference to sexual abuse, which was outlined in Call to Action no. 58 as an expectation for a formal apology and prevalent amongst the many institutions run by the Church. Additionally, there is another troubling line included in the text of the apology which stated;

“Although Christian charity was not absent, and there were many outstanding instances of devotion and care for children, the overall effects of the policies linked to the residential schools were catastrophic.”

Statements that outline or highlight the achievements of the Residential School era are popular amongst deniers in Canada, and serve to undermine the impacts experienced as a zero sum equation. Time and again, survivors and their families are forced to counter the so-called “positives” of Residential Schools with the horrors and suffering. These comments leave a sour taste in one’s mouth, given that the Ermineskin Residential School was one of the largest in Western Canada.

Closing out the historic event was an equally polarising event. Following the apology from Pope Francis, those involved in the invitation process and TRC, namely Dr. Wilton Littlechild, approached the stage and proceeded to gift the Pope with a traditional headdress. Reserved for dignitaries, leaders and politicians, receiving a war bonnet is one of the most revered achievements in Indian Country. Expectantly, reaction was spread across the spectrum.

Ermineskin Cree Nation member Elliott Young recognized the tradition of honouring visitors, but how it was awkward given the circumstances. He continued “It feels that our pursuit for good relations through grand gestures of honouring settlers with headdresses are not hitting the mark.”

Others across social media reacted with fear and unease around the Pope being gifted yet another Indigenous item, given the museum of artifacts managed by the Church. The writer was also shocked at the gifting process, given the reality that the horrors the Pope had just apologised took place under the authority of the Church, it felt misplaced to gift him immediately after.

In any event, this historic visit will continue to unfold during this week, with survivors and the families of survivors bearing the weight of Canada’s shared history. Many have outlined that the apology should be the beginning, and that apologies are meaningless without tangible actions. One can only hope that other communities struggling with drinking water issues, poor roads and infrastructure deficits do not have to wait for another visit from his Holy Father in order to solve these ongoing challenges. 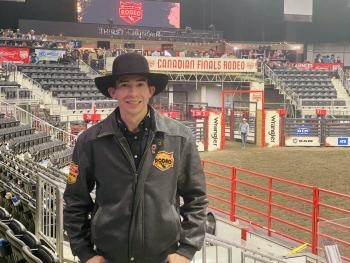 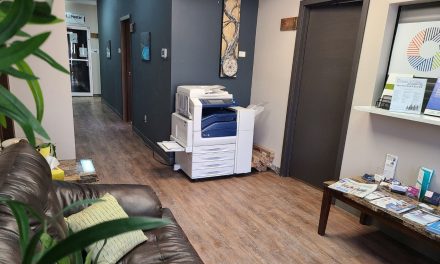 Growing local businesses, one step at a time 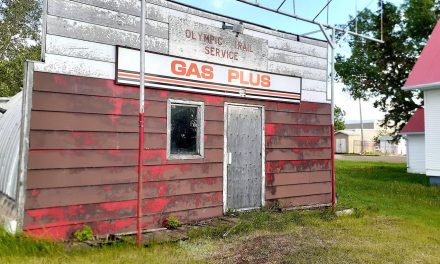 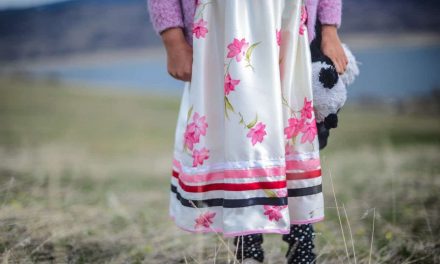