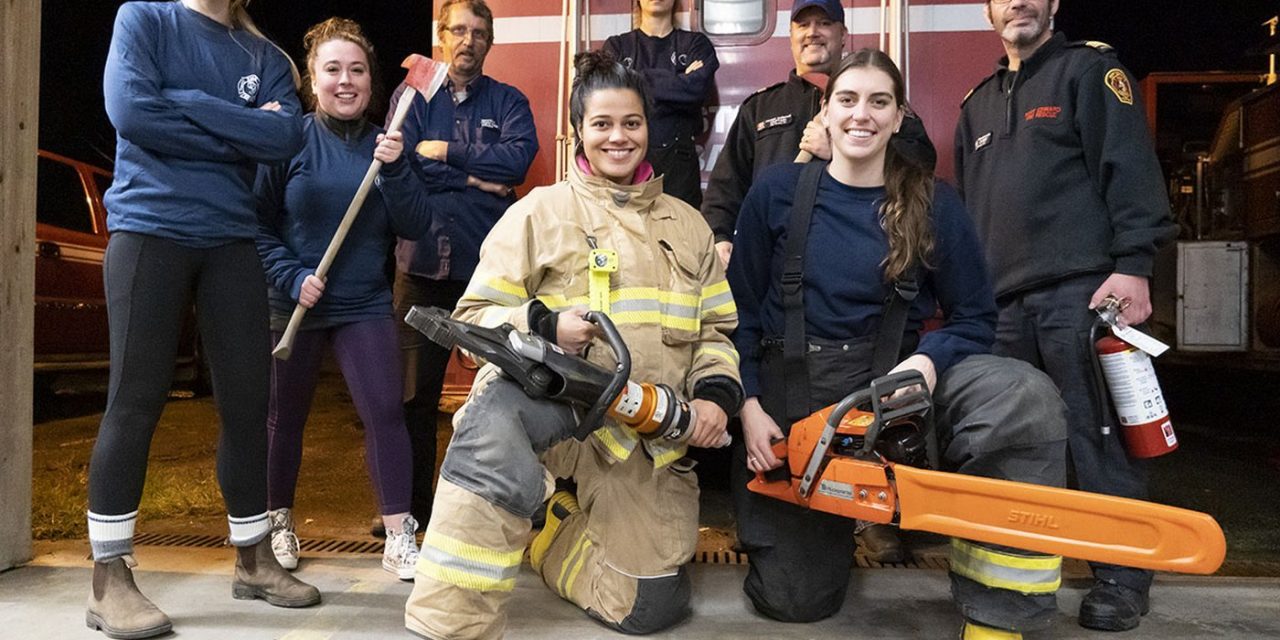 The Port Edward Fire & Rescue is welcoming the public to a volunteer enrollment open house on Nov. 27 at the firehall from 10 a.m to 2 p.m., in hopes of filling some new recruit boots.

Fire chief, Jason Giesbrecht is looking to bump up the unit’s membership after several volunteer firefighters recently left the region with the corps now running on bare minimum personnel.

“It’s always important to get new members because we do get people coming and going,” Giesbrecht said.

The ideal number of members is 12, but currently, the volunteer-run department stands at only seven.

Traditionally, the Port Edward fire department is made up of members based in the municipality it serves. When Giesbrecht himself joined the team in 1998, all members were living in Port Edward.

However, that is not the case now. More recently crew members also hail from Prince Rupert.

“We don’t have many people who are actually living in Port Edward. So, more people from Port Edward would be definitely an asset,” the fire chief said.

“Whether it’s a medical call or any kind of call, a delay can be quite bad at times. So the more people we have in Port Edward, the quicker we can get to the actual call,” Giesbrecht said.

The community is left in a vulnerable state without enough volunteers at the fire department.

Lacking a fire and rescue team, Port Edward residents would have to wait at least 15 to 20 minutes for BC Ambulance to arrive, Giesbrecht said. If there is a fire in the community, there is no mutual aid agreement between the Prince Rupert fire department and Port Edward to respond to emergencies.

“So if a team wasn’t there, there would be no fire suppression,” Giesbrecht said.

That also extends to motor vehicle incidents. The area of the highway from Galloway Rapids to the Tyee Overpass and past the North Pacific Cannery.

The chief admits it takes a certain type of person to volunteer.

“It’s quite a commitment,” he said.

Although the job is no walk in the park, Giesbrecht said being part of the fire and rescue ream team is very rewarding.

“There’s a camaraderie with the members. That’s more than just a typical friendship not to mention there is a lot of fun to be had as well,” he said.

The fire department doesn’t turn anyone away who wants to commit and provides all the essential training needed for those who choose to take the plunge into public safety at no cost to the individual, the chief explained. The only thing one has to give is time.

The Port Edward Fire & Rescue holds weekly Tuesday practices and monthly maintenance nights, in addition to barbecues for the community, fundraisers, or just for the team, he said.