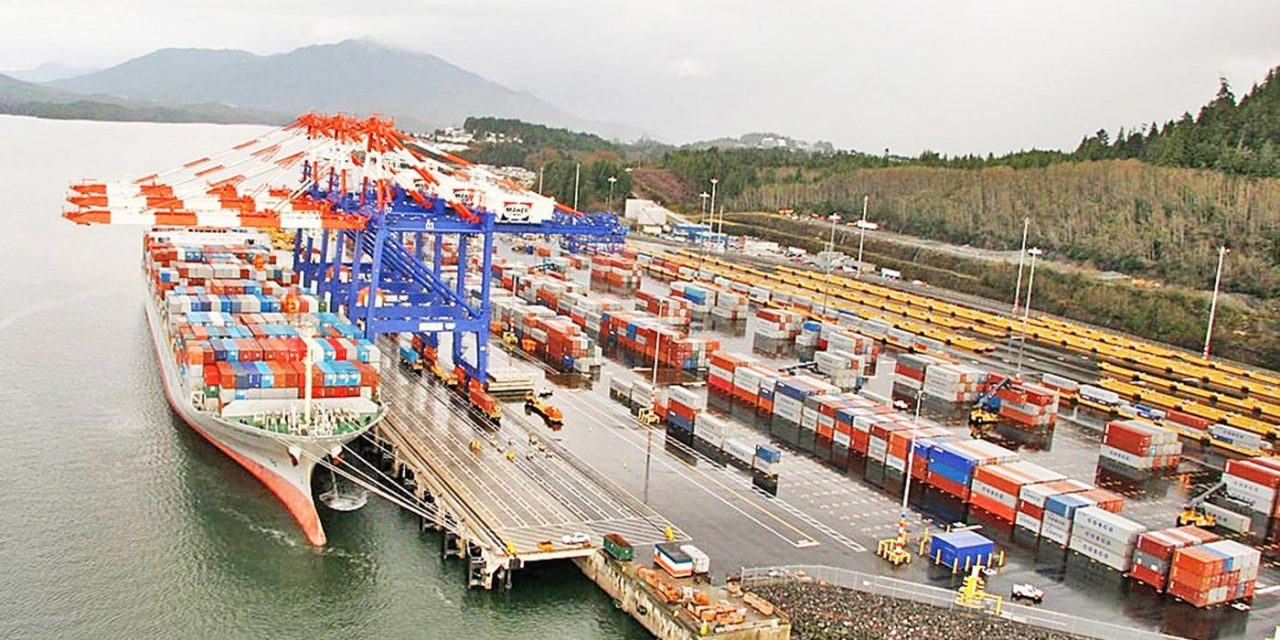 Prince Rupert Port Authority (PPRA) is confident in its emergency management practices for the city’s surrounding waters after recent incident off the coast of Vancouver Island saw a cargo ship lose more than 100 containers overboard and then experience a fire of hazardous materials in some onboard containers, while in port at Victoria.

The recent incident in provincial waters has reaffirmed the PRPA’s safety systems, Ken Veldman, PRPA vice president and public affairs and sustainability, told The Northern View, adding incidents such as that are unlikely to happen in Prince Rupert waters with the current measures in place.

Incidents like these are why the PRPA simulates a wide variety of emergency responses and annual exercises that include multiple external parties, such as terminals, government agencies, private sector services, indigenous communities and even municipal services, Veldman said.

“I don’t think it’s a reevaluation of systems as much as it is a confirmation that prevention, preparedness, continuous improvement that we’re committed to and have been committed to for years and years and years is important, because you don’t know when they’re going to be called upon,” he said.

“When you talk about ‘could it happen in Prince Rupert’ — this is a pretty protected area, as opposed to open ocean, where [that] specific incident occurred,” Veldman said.

In October, the MV Zim Kingston was caught in rough seas off the west coast of Vancouver Island consequentially spilling containers into the ocean. After setting anchor near Victoria, containers on the ship holding hazardous goods then caught fire.

In local waterways, the PRPA works with Transport Canada, the Canadian Coast Guard, vessel masters and other jurisdictional authorities to ensure the best practices and operational procedures, Veldman said. Some of the safety policies in place are tug escorts and piloted waters, among other safety measurements, depending on the vessel type and vessel size, regardless of what cargo is inside.

The PRPA’s jurisdiction is limited, but their resources and equipment are available should the need arise further out at sea.

“Significant incidents would see the Canadian Coast Guard be the lead agency, again, similar to what you saw with MV Zim Kingston, and they would have the ability to call on those capacities of different agencies as needed,” Veldman said.

“We have excellent relationships and have the ability to coordinate with agencies like the Canadian Coast Guard that would lead those responses and be able to bring in ourselves and our expertise and our capacities, as well as others, to fit the responses required,” he said.

The port also has a large tug boat fleet at its disposal, which has the ability to respond to many incidents including boundary cooling and fire suppression. The PRPA also has its own patrol vessel, the AMWAAL, which has enhanced response capabilities, including fire response.

Veldman said the MV Zim Kingston incident is relatively rare. Citing the World Shipping Council, it was reported that an average of 1,400 shipping containers were lost at sea in 2018 and 2019. When you put that into the context of more than 225 million containers shipped globally, it shows how rare an occurrence or incident such as that of Vancouver Island really is, he said.

Response capacities were put in place after the MV Zim Kingston incident and a difficult job still lies ahead for the cleanup. However, at the end of the day it’s the responsibility of the carrier itself, Veldman said.

“If that was to happen here, whether it be in PRPA jurisdiction or further, you’d see a similar type response, likely led by the Canadian Coast Guard. They coordinate emergency responses to most significant marine incidents on the North Coast. Their approach ensures that there’s coordination and collaboration with multiple parties, including ourselves, depending on the location,” Veldman said. “… and, we have an emergency operations centre that has the ability to lead or fall under the lead of an external incident commander depending on, again, the location and the nature of an incident.”