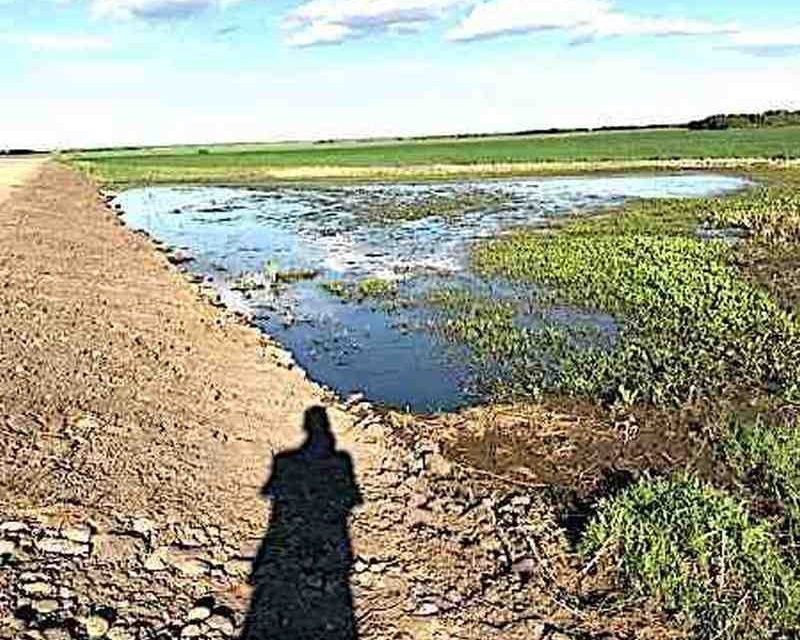 Stettler county council heard a presentation at their July 14 regular meeting from a property owner who told them a release of water from the Red Willow sewage lagoon was not his fault.

Glen Goertzen of Mike-Ro Farms Ltd. appeared before council to respond to a report filed by county staff at the May 12 regular meeting of council.

At that meeting Director of Municipal Services Andrew Brysiuk reported the release of treated effluent from the Red Willow lagoon in the fall of 2020 and “…the outfall of treated effluent did not fully follow the established ditch and there was some accumulation in an adjacent wetland, so the drainage was stopped…Examination in the spring has shown that the ditch may no longer be consistent with the as-constructed grades due to use by farming operations that have deposited cultivated soils into the ditch.”

Goertzen stated he disagreed with that assessment.

“There was no way the farming operations (caused it),” said Goertzen.

He noted that he’s seen high points in the route where the water was supposed to go, and pointed out one spot he’s seen a three and a half foot rise which would obviously cause an issue for running water.

He noted he’d received a phone call in 2020 from county staff notifying him that they wanted to release the lagoon’s water, but Goertzen stated he was worried the water was not going to go where the county wanted it to, specifically section 21.

Goertzen stated he asked the county staff not to release the water until they talked it over.

This item is reprinted with permission from the East Central Alberta Review. For the complete article, click HERE