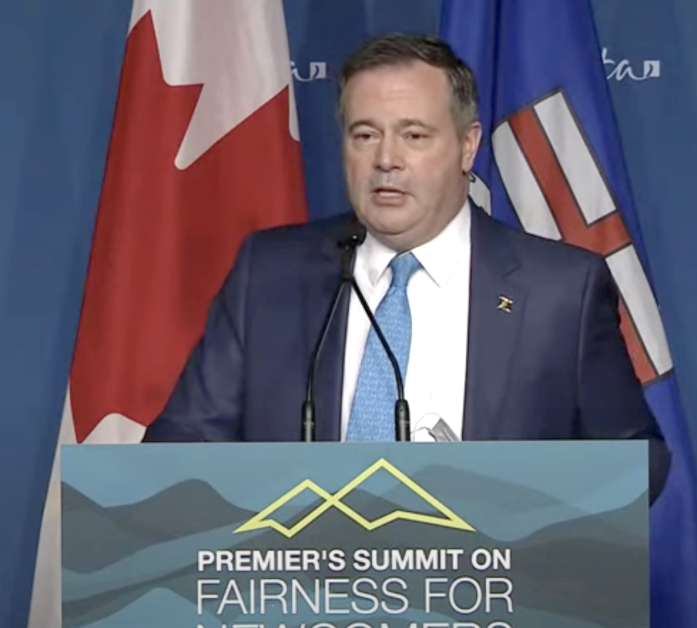 The Alberta government is hoping to spur growth in rural communities through two new immigration streams announced during the Premier’s Summit on Fairness for Newcomers on Wednesday, February 16.

Through the Rural Renewal and Rural Entrepreneur Streams, the provincial government hopes to attract skilled and professional newcomers to rural communities across the province to bolster local economic growth.

“Immigrants often do better if they’re living in rural communities, because they don’t fall between the cracks,” Alberta Premier Jason Kenney stated during a media roundtable on Thursday, February 17.

Minister of Labour and Immigration Tyler Shandro and Associate Minister of Immigration and Multiculturalism Muhammed Yaseen, who immigrated to Canada in the mid-1970s to the rural community of Rimbey, joined Premier Kenney at the roundtable discussion.

Premier Kenney noted Alberta takes in over 6,000 “economic immigrants”-people chosen for their “ability to contribute to Canada’s economy”-though noted this number reflects only a small portion of the number of newcomers arriving.

Many of these economic immigrants also bring their immediate family members and dependents to the country, and Premier Kenney estimates they could make up to some 18,000 newcomers annually.

However, he noted approximately 85 per cent of newcomers flock to larger urban areas of the province, such as Edmonton and Calgary, leaving a disproportionate population growth in rural areas.

Rural areas often struggled with population growth as youth from these areas also tend to leave for larger urban centres for education or employment.

“If a rural community loses its hardware store, that’s one less amenity for the community,” Premier Kenney said during the roundtable conference.

He added the City of Brooks and the Town of Claresholm have both already been recognized federally as community hubs for newcomers, offering services and supports to help newcomers not only come to Alberta, but to also settle permanently within the community.

Through these two streams it is hoped other rural Alberta communities can also become attractive areas for newcomers to consider immigrating to.

Premier Kenney shared rural communities outside the Edmonton and Calgary metropolitan areas, with fewer than 100,000 residents, can apply for the Rural Renewal Stream or Rural Entrepreneur Stream.

Applications opened on February 16 and will be open for a one-year period. Those communities interested in applying for either of the streams must meet a number of criteria for eligibility.

This item is reprinted with permission from The Drumheller Mail. See article HERE.