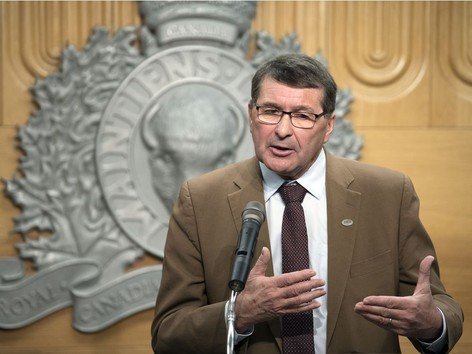 SARM President Ray Orb said he hopes the new, volunteer-based organization will improve communication between police and residents and cut down on rural crime.

“They’re like a second set of eyes for the police,” he said.

The association requires volunteers to complete security checks with their local RCMP to observe and report anything suspicious to authorities, a SARM news release said.

The RCMP will in turn inform the watch group when criminal activity is in its area.

About 100 local rural crime watch associations were working independently and spread across the province as of 2018. Orb said communities with watch organizations have a track record of reducing crime rates.

About 29 municipalities have signed onto the association, a SARM spokeswoman said.

The association elected its board in September and will soon elect a president and vice president.

Assistant Commissioner Rhonda Blackmore recently told SARM’s midterm convention that violent crime is down by eight per cent, and property crime is down by two per cent as of this August, compared to last year during the same time period.

Over a five-year average from 2016 to 2020, there was an increase of 21 per cent in violent crime and a decrease of 11 per cent in property crime, she added.

The association is launching with a $5,000 grant from the province, a $50 dollar membership fee for local crime watch associations and the potential for sponsorships and partnerships, Orb said.

Nemish took over his local organization during the pandemic, and said it’s been difficult to marshal volunteers and resources to cut down on rural crime.

Support from a more centralized organization could make coordination easier rather than spreading information out over Facebook pages, he said.

However, the cost of maintaining the organization shouldn’t fall on volunteers with busy schedules, Nemish said.

Considering such organizations are run by people in their spare time, it can be a heavy burden, he said.

“It’s easier to pull a tooth than to ask someone to help you out.”