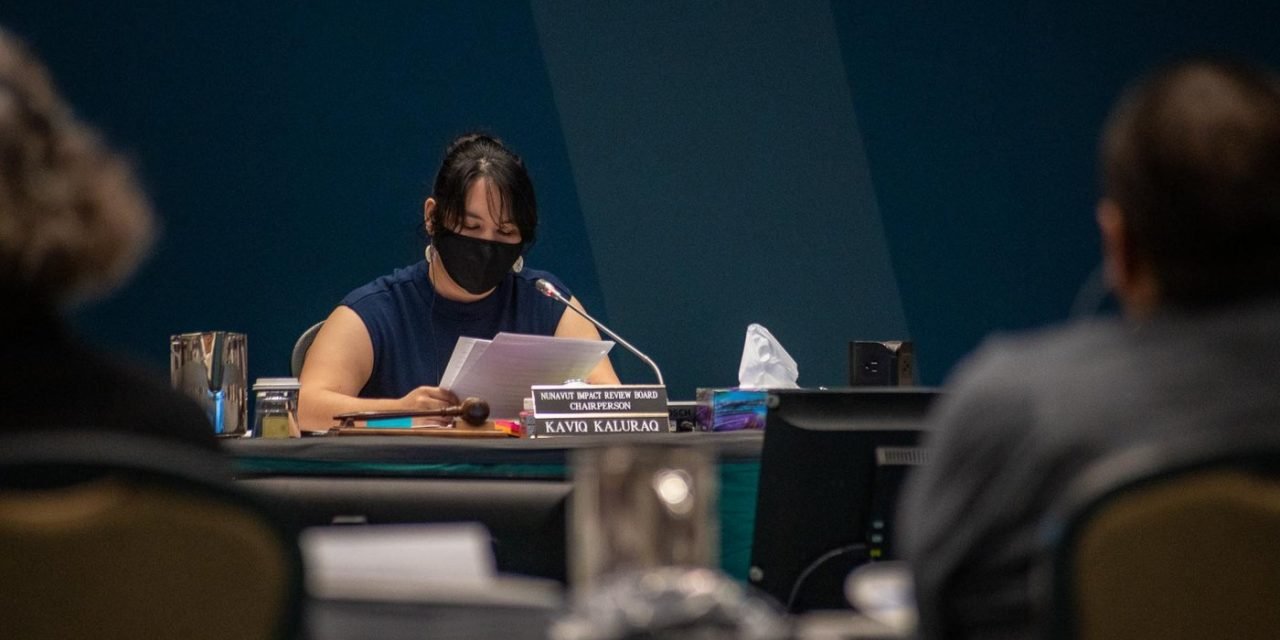 The Nunavut Impact Review Board has closed its hearing into Baffinland Iron Mines Corp.’s proposed expansion of its Mary River Mine.

The board decided on Jan. 26 it had enough information to make its recommendation on the company’s expansion plans and closed the hearing two days later.

Baffinland wants to increase its mine’s output by building a 110-kilometre railway between Milne Inlet and Mary River, double its iron ore shipments from six to 12 million tonnes a year, and build a second dock in Milne Inlet.

The hearing began in 2019 and took four in-person meetings, three of them over the course of 2021. More than 2,000 documents were uploaded to the board’s public registry.

NIRB closed the hearing four days after the Oakville-based company sent in its final submission.

The Nunavut Impact Review Board is responsible for making recommendations to the federal minister of northern affairs about the economic and social impacts of development projects. The minister uses that input in making a final decision on whether a project can go ahead or not.

In its 300-page submission, Baffinland made a final pitch, explaining why an expansion will be a benefit for Inuit and the territory.

The Qikiqtani Inuit Association would receive a one-time payment of $45 million if the project is approved, and QIA and Nunavut Tunngavik Inc. are expected to receive $1 billion and $1.4 billion in royalties, respectively, over the life of the mine.

Since the in-person meeting in November, Baffinland has made eight commitments to the Hamlet of Pond Inlet, including funding the purchase of a “dedicated hunting vessel” up to $500,000, Contributing $5 million towards a health centre and paying for a new firehall.

In the Hamlet of Pond Inlet’s final submission to the review board on Jan. 10, Mayor Joshua Arreak said the hamlet supports Baffinland’s Phase 2 proposal, joining Sanirajak and Arctic Bay.

The company urged the board to issue its recommendation soon, saying that a decision within 45 days is “critical” to the mine’s operations.

Delays in the review process caused by COVID-19 have worsened the company’s finances, but if the board provides its recommendation to the minister within the time frame, and the project is approved, the company will be able to mitigate some of the impacts, Baffinland’s communications manager Stuart Weinberg said.

Baffinland has said in the past it may have to stop operations at the mine if the expansion is not approved, and Weinberg said that is still an option.

“If [the expansion] is approved it is our intention to operate Mary River for decades to come,” Weinberg said.

“If it is not approved, our future is less certain, and we will be compelled to evaluate all options, including transitioning Mary River to care and maintenance, which is the last thing we want.”