Joan Tugak was on her way to get coffee at the old town Quickstop in Rankin Inlet, like she does every morning at 7 a.m. But on Wednesday, July 20, she met with a terrifying surprise in the fog.

“This morning was unreal,” she said. “A polar bear right in front of me. It looked at me, coming towards me.”

Wayne Quliit Kusugak was just wrapping up his night shift, when he saw a weird shape in the fog. He quickly recognized it as a bear.

“I heard a scream,” he remembers. “As soon as I heard that, I gave it a little more gas and I looked to my left and there was a lady. She was walking to the Quickstop to get Tim Horton’s, so I quickly sped up right in front of her, in between the polar bear and her, but the polar bear was really close.”

He unlocked his vehicle and Tugak jumped in the back passenger side. Tugak said the bear was about 10-15 feet away.

“I was looking at it right in the eyes and screaming for my life,” said Tugak.

“We sat there for a couple minutes asking, ‘You okay?’” said Kusugak after picking up Tugak. “I said, we have to follow this, because I wanted to be able to honk if I saw someone. So when I would think I saw a person, I would start honking and the polar bear would just keep going.”

He chased the bear in the fog towards Maani Ulujuk Ilinniarvik and then to Williamson Lake before a wildlife officer took over.

“The first five, seven, however minutes was probably the scariest for me, and the lady too,” said Kusugak.

“It’s very unheard of for a polar bear to come right into town like this, especially it being foggy too. I had just finished a 12-hour night shift. Heart rate went up pretty quick.”

He said he was still shook up over it at 9 a.m.

Opting not to shoot it

Conservation officer Daniel Kaludjak was called in shortly after 7 a.m.

Kaludjak followed the bear around Williamson Lake and toward Home Hardware. It was heading toward Arctic Heating’s garage, according to Kaludjak, who chased it out toward the airstrip in his vehicle, armed with a twelve gauge and a couple of bear bangers.

When it passed the airstrip and went down the hill, he let off a few bear bangers and watched the animal swim out to a point and lay down on the shore. When Wesley Innukshuk swung by on an ATV, Kaludjak jumped on and the two made their way to the point to try to push the bear farther out.

“The bear went back in the water and we just watched it swim away until we couldn’t see it in the fog. We waited at that point for about 15-20 minutes and never seen it again,” said Kaludjak.

But later that night, Kaludjak heard that the bear was getting close to town again. Photos of the animal on the outskirts of Rankin Inlet hit social media around midnight.

That was quickly followed by news of a sighting toward the Diane River area. As of Thursday, July 21, the bear hadn’t been seen or reported in town. And by Friday, July 22, Andre Aokaut, Manager of the Kangiqliniq Hunters and Trappers Organization (KHTO), confirmed it hadn’t been spotted again.

On social media, some wondered why the bear hadn’t been shot in the first place.

“My job is to deter first,” said Kaludjak. “If it’s a dangerous bear, I would have put it down.”

When he encountered it, he didn’t think it seemed aggressive or that it was trying to interact with humans.

“My decision was just to get it out of Rankin and deter it.” Kaludjak says that could change if it comes back.

While Kaludjak says seeing bears in Rankin Inlet is very rare, reports of sightings are up this year.

He attributes this to the pack ice distribution, caused by extended easterly winds in the Hudson Bay.

“That’s where the polar bears do their hunting,” he said about the pack ice that floats in the ocean. “This year, we had easterly winds and all the pack ice was on our side for so many weeks. We couldn’t even go walrus hunting. So all the bears that were on the pack ice probably headed toward shore once the ice left.”

And now, more bears than usual are being reported around all communities in the Kivalliq, he said.

As a result, Kaludjak advises people to be cautious out on the land this summer.

Aokaut agreed that the influx of bears is not just affecting Rankin Inlet, but Arviat, Whale Cove and Chesterfield Inlet too.

“It’s rare for the bears to come right up the inlet here. We do have odd bears that come up, but this year is quite a bit of reports of polar bears on both sides of our bay,” he said.

He advises residents to stay safe, keep a lookout and keep children close.

Following Wednesday’s drama and other reports of polar bears near town this summer, the KHTO hired four bear monitors to patrol day and night for two weeks as of Friday, July 22.

“As far as right now, that same polar bear hasn’t been spotted yet,” said Aokaut about the bear that came right into town on July 20. “We do have two bear monitors on the road right now for the day, then we have two more for the night crew.”

He said that a few bears have been spotted in the last several weeks, and a different bear – much plumper than the one that frightened locals – made it to the outskirts of town on July 21.

“Rankin doesn’t usually have a lot of bears during the summers, but this year happened to have quite a bit,” said Aokaut.

The four bear monitors were set to patrol the town and cabin areas. Aokaut said they could be extended beyond the two weeks, if need be.

“If it’s a dangerous, aggressive bear, it will be shot down,” he said. “But if it’s not dangerous or not coming into town, if it’s going on the outskirts and going by, the bear monitors will chase it out, make sure it goes down the coast or continue on whichever way it was going.”

That’s what happened in the case of the plump July 21 bear, chased by one of the monitors toward Diane River. Aokaut said the animal had been eating some caribou carcasses.

The KHTO has also given permission to shoot the bear that came into town July 20, though as of July 22, it hadn’t been spotted again. Aokout admitted it may be hard to tell which bear is which, but the one that came into town was “dirty, skinny and (has) patchy fur.”

He says photo comparisons would help confirm if it shows up again.

“Last sighting of it, it was heading north, so it’s out of town range, somewhere in the cabins or following caribou carcasses that it finds along the way,” said Aokout.

The KHTO is ordering 300 bear bangers for community members to use for protection at their cabins or out on the land and while berry picking this summer. 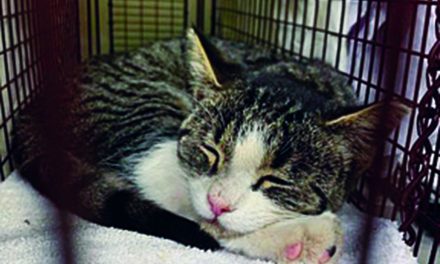 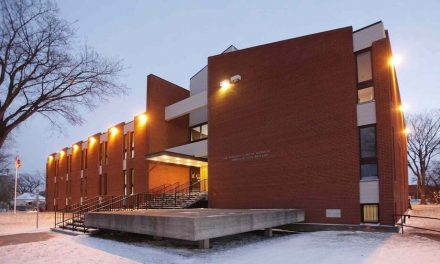 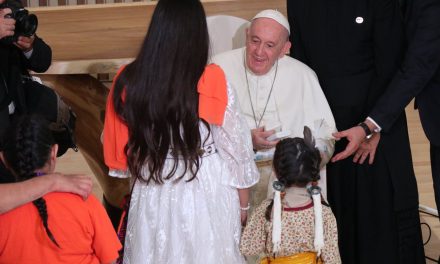