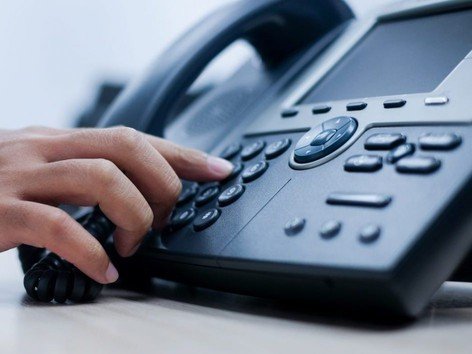 Manitoba RCMP are warning residents to be mindful of suspicious phone calls, after recent incidents of fraud saw two southeastern Manitoba residents defrauded out of more than $34,000.

“No police agency or other government agency will request you send monetary payments to them by way of mail, wire transfers, cryptocurrency or QR codes,” RCMP said in a Wednesday press release.

“This is a scam, and the callers usually use pressure tactics and threaten the victim if they don’t pay forthwith.”

RCMP said that in one recent incident a victim received a phone call from a person claiming to work for the Canada Border Services Agency.

The caller said they had intercepted a package addressed to the victim that contained drugs, money, and fraudulent documents.

“The victim had recently placed some Amazon orders and was awaiting their delivery, which made it believable and concerning,” RCMP said in their press release.

“The victim was advised to send monetary payments to settle the issue, which the victim did,” RCMP said.

“In the days following, the victim continued to receive phone calls requesting more money and realized it was a scam, and reported it to police.”

RCMP said that in a second incident, a victim received a telephone call from someone impersonating a police officer and claiming that a family member of the victim had been involved in a collision and was now at a police station.

“The caller requested that the victim send money in order for the family member to be released from police custody,” RCMP said. “After the money was sent, the victim followed up with another family member and realized it was a scam and called police.”

On Wednesday RCMP also released a list of tips that people can follow to avoid becoming victims of fraud.

The list includes giving no personal information over the phone until they are satisfied that a caller is who they say they are and asking those who receive suspicious calls to verify the phone number of the police agency or government agency the caller says they are calling from.

RCMP are also warning the public that no real police officer would ever ask to have money sent by a person on behalf of any of their relatives or friends.

“If you receive suspicious telephone calls requesting money, please hang up and report it to the Canadian Anti-Fraud Centre at 1-888-495-8501 or through their online reporting tool,” RCMP said. “If you have been a victim of fraud and have lost money, please report it to your local police.”