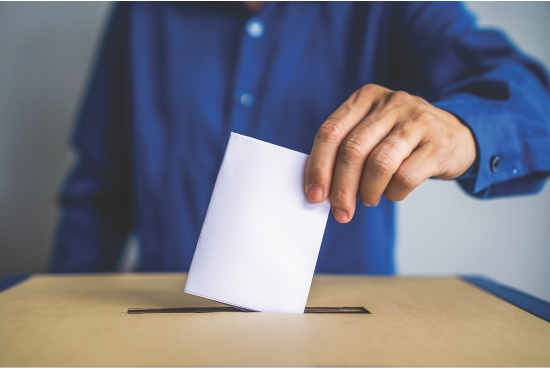 After discovering an illegal vote during the Rockyford Municipal Election, one of the candidates took the case to court to challenge the results.

Previous Village of Rockyford municipal councilor April Geeraert was defeated during the recent municipal election after a 66-66 tied vote. A tiebreaker was held in the form of draw from a hat between the two tied candidates. Geeraert then stepped up to challenge the legitimacy of the election.

The challenge regarded a vote that was cast from a voter who was ineligible to cast a ballot in Rockyford, which in this case may have changed the result of the election had the individual voted correctly in their own municipality.

According to Alberta Municipal Affairs, there was nothing legally the Village of Rockyford could do about the illegal vote, nor the results.

“I got on the phone with municipal affairs who said the same thing,” said Geeraert. “They told me there’s nothing I can do … I have to get a lawyer and take it to court.”

Geeraert found a lawyer and challenged the election in court, of which the hearing took place on Dec. 9.

“I couldn’t believe how long it took to try and figure out what I was supposed to do … how I was supposed to go about doing it and the amount of money it was going to cost me to do it,” she said. “I’m not going against anybody; I’m not fighting the Village and they’re not fighting me. It’s just they can’t do anything about it, so I have to be the one to do something about it.”

The confusion apparently came up because the ineligible voter’s address was not properly confirmed. He simply displayed his ID with his PO box on it and was allowed to vote, rather than confirming his physical address.

The court ruled in Geeraert’s favour which will trigger a re-election and the town must reimburse Geeraert for her court expenses.

According to Deputy Mayor Leah Smith, the Village cannot make a formal comment about the resolution until the ruling is formalized in writing and is received by the Village.

No timelines have been established for when the Village may receive the verdict, nor when a re-election may occur.

According to Smith, the person who cast the illegal vote, who was not named, did not do so maliciously, but rather did so by mistake.

“That’s the thing about Rockyford is all of our IDs have P.O box numbers on them, so we can’t even use our IDs for jobs,” added Geeraert. “People are supposed to bring in a bill that has their physical address on it.”

This item is reprinted with permission from Strathmore Times, Village of Rockyford, Alberta. See article HERE.