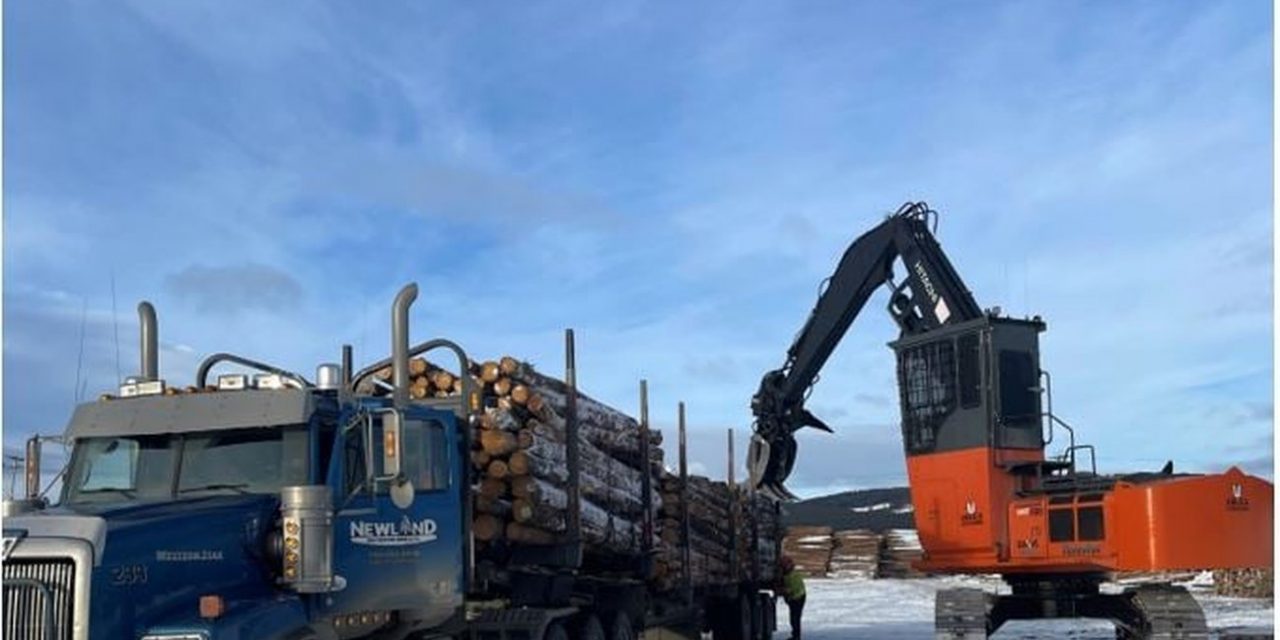 Canfor’s announcement this month that one of its three production lines at its Plateau sawmill will be eliminated comes as no surprise to Vanderhoof Mayor Gerry Thiessen.

“We as a community knew this day was going to come,” Thiessen said Thursday. “We can’t have as many issues with the mountain pine beetle, the forest fires, the caribou things and now the old growth forest strategy and not have a problem with keeping mills going…and so we’ve had time to prepare.”

The decision will mean the loss of about 70 jobs when the step is taken roughly midway through this year.

But Thiessen also noted the company has started on a $14-million upgrade of its two remaining lines, enough to preserve about 280 jobs at one of the community’s largest employers.

“Eighty per cent of the jobs that we have at the mill will still be there and hopefully for the foreseeable future,” Thiessen said.

Canfor’s announcement comes eight days after Oregon-based Hampton Lumber announced through social media that the first load of logs for its new sawmill in Fort St. James has been delivered.

The sawmill, which remains under construction, comes as a result of a $39 million purchase of timber rights from Conifex, which shut down its operation in Fort St. James in May 2019.

Fort St. James Mayor Bob Motion said a job fair will be held in advance of it starting up and that 40-60 people will be employed.

“It’s going to be a highly-automated and efficient mill,” Motion said and added it won’t employ as many people at Sinclar Group’s Apollo sawmill in Fort St. James.

“Apollo runs around 100 to 110 employees so going to a highly efficient operation, you’re going to run with about half the staffing,” Motion said.

“The advantage of that though is that you’re now going to be running more efficient, so you should be able to weather the downturns in the industry. You’ll have a much better chance of working in the down times.”

Mired in controversies and false starts under its previous proponents, it was taken over in October by BioEnergy North, a joint venture between the economic development arm of the Nak’azdli Whu’ten First Nation, Kamloops-based Arrow Transportation and low-carbon infrastructure developer Nexus Program Management Group.

They plan to have the plant, which produces electricity by burning wood waste, back in operation early this year and Motion said a blessing ceremony was held at the site a few weeks back.

Motion said he was “delighted” that the trio stepped up to the plate.

“If they hadn’t done that…that whole plant would have been dismantled and sold for scrap,” he said. “I think they have 30 or 40 jobs in that operation, almost as large as what the Hampton one will be.”

Thiessen said next steps will include meeting with Canfor, the province’s economic development officer for the area and College of New Caledonia to see what can be done to support affected workers.

“We really need to understand the magnitude of how many will be done through retirement packages and how many have already, over the last couple months, have not been replaced, and once we do that, then we will be working very hard to continue to diversify our economy to get away from that kind of manufacturing of two-by-fours,” Thiessen said.

He said the Blackwater gold mine under development south of Vanderhoof and the Mount Milligan copper and gold mine north of Fort St. James should present opportunities for those with the right skills.

Longer term, Thiessen said he would like to see establishment of an abatoir to process beef and poultry in the name of providing a measure of “food security” for the area.

As for Fort St. James, Motion said the community has lost about 200 people but is still drawing in newcomers, mostly people in their 40s and older with nest eggs and a yearning to get out of the urban areas.

Both described forestry as a sector in transition further complicated by the provincial government’s plan to ban logging on as much as 2.6 million hectares of old growth forest across the province, depending on what First Nations have to say.

“I think there’s been a lot of confusion with the old growth deferrals, not understanding what that means,” Thiessen said. “We all want to make sure that we keep forests like the Ancient Forest out at McBride or the Cathedral Forest down on Vancouver Island but you know, in our area, there isn’t that.

“We have a lot of trees that are less an a hundred years old and of those, probably 30-40 per cent of them are blowdowns which are just waiting for a fire to go through and cause us nothing but grief and so we don’t understand what the strategy is in our area and that certainly is a concern for everybody in this area of the province,” Thiessen said.

“Even on your First Nations side, which they’re basically giving more resources to and more economic clout to, but at the same time they seem to think the First Nations all think and act the same way and they don’t. We’ve got five bands here around Fort St. James and every one is unique.”