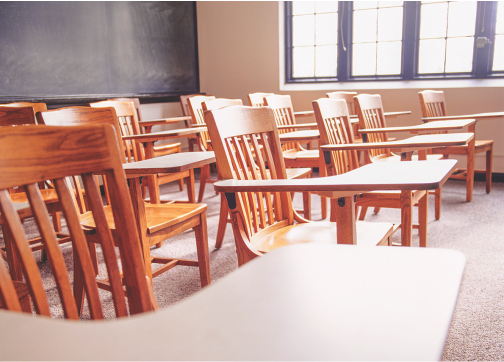 Manitoba teachers could soon be regulated under a college that sets out standards for certification and publishes disciplinary actions, not unlike professionals in the fields of nursing and law.

The department of education is in the process of undertaking “a review and analysis of teacher regulatory models,” a provincial spokesperson confirmed to the Free Press this week.

In its 2020 report, the K-12 review commission recommended the province develop standards for teaching and create a Manitoba College of Educators to certify teachers and “associate members” who work in the school system.

The regulatory body would: strengthen public confidence in the profession; train and certify members; provide transparency and accountability; promote quality, excellence and professionalism; maintain high standards for educators; and provide accreditation to faculties of education, according to the commission.

“It’s the one education reform I’d agree with,” said Cameron Hauseman, an assistant professor of educational administration at the University of Manitoba. “Right now, MTS (Manitoba Teachers’ Society) is serving both as a regulatory body for teachers and a union, and it’s sort of an inherent conflict of interest.”

Whereas a union’s job is to protect its members, a college of teachers aims to protect the profession, said Hauseman, noting MTS oversees what, if any, disciplinary information is released to the public.

Ontario and B.C. have public registries that allow anyone to search for a specific teacher’s qualifications and view disciplinary records. A 2018 report on Nova Scotia’s K-12 system also recommended the eastern province introduce a similar college to license, govern, discipline and regulate the profession.

The Manitoba Teachers’ Society, however, is opposed to the idea. The union, which represents upwards of 16,000 teachers, claims it would set up a parallel system to an existing complaint process and create confusion.

“We have our own code of professional practice and it’s not just for members. Anyone could lay a complaint under that code and there’s a rigorous review process in place,” said president James Bedford, who indicated any issues that are “really egregious” come before the public court system.

Bedford said the union will work with the government to develop a uniform set of standards for professional competency and create a system that both has “the necessary level of transparency” and eliminates conflict of interest.

He suggested Manitoba consider a regulatory model similar to the set-up at the Alberta Teachers’ Association.

A provincial spokesperson indicated Manitoba is considering every regulatory model for teacher certification that exists in Canada, in addition to international models. The results of the review will inform next steps.

“Manitoba teachers are strategically positioned to create the parameters, structures and strategies necessary to enhance their profession, contribute to their ‘professionalization’ and ensure they all consider themselves equal to other established professions,” states an excerpt from the 2020 K-12 report.

Former commissioner Linda Markus, who is an active career teacher, said she would like teachers to be considered professionals who have a vested interest in their students and educational outcomes.

“The way we certify teachers and allow teachers to be assigned in their schools has an impact on how effective those teachers can be in the field, so I welcome any changes to ensure that we’ve got the right teachers doing the right job in the right locations,” added Markus.

For J.D. Lees, who also sat on the K-12 commission, a regulatory college would give teachers the professional respect they deserve and both increased authority and autonomy in their classrooms.

“(Teachers) are given a job to do that’s a very broad job, and requires lots of decision making and discretion. More and more, we have interference in that… Their professional judgment should be respected, as long as they’re getting results,” said the retired teacher.

Meantime, Hauseman argues a college would boost parent confidence in teacher proficiencies in pedagogy and student wellness, and benefit educators because only founded disciplinary incidents would be published and thus, rumours would easily be put to rest.

“There’s a moral component to what we do in the classroom,” he added. “I just don’t see any benefit to keeping that information behind closed doors.”