Return to hugging is strong vaccine argument for The Debaters comedian, Lara Rae 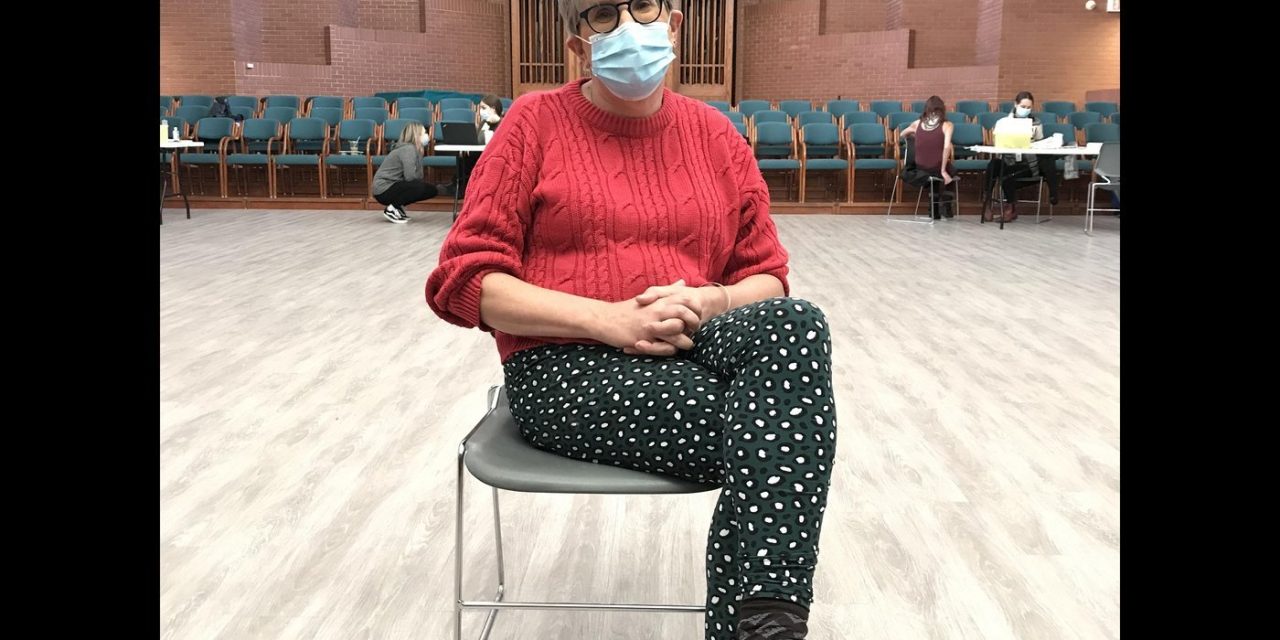 Lara Rae cried when she got her first vaccine.

“And I don’t think I’m the only person that did that.”

The tears were of joy and relief. Since the start of the pandemic Rae says she has worked every day in contact with unvaccinated people as the manager of 1JustCity’s volunteer and lunch programs at West Broadway Community Services or walking with the West Broadway Bear Clan.

On November 10 she got her third shot in the sanctuary at Young United Church during a WRHA vaccine clinic hosted by 1JustCity. This time, no tears, but the relief was there.

“I was beginning to get slightly concerned,” she said. Her work in a high-risk setting made her eligible for vaccinations early on, so she worried her protection could be waning.

Rae is better known for laughter than tears. She is co-founder and former artistic director of the Winnipeg Comedy Festival, one of the developers of the hit comedy series Little Mosque on the Prairie and a regular pugilist on CBC’s The Debaters radio show.

When it comes to debating vaccines with people, though, Rae aims for reassurance over laughs.

“I try to disabuse people of any concern they have about any potential damage the vaccine can cause. It’s one of the safest public health choices that you can make.”

She recognizes marginalized populations have been “historically stigmatized” by egregious past health practices and abuses, causing distrust, and ironically making them among the most vulnerable to disease today.

“If (public health campaigns) look like previous historic activities, then I understand why people would be reluctant. And so, I have a lot of sympathy on that particular front.”

Her sympathy does not extend to others though.

“People who put forward any kind of religious or moral positions on public health, and I say that as a religious person, I find it contrary to any kind of standard basic human spiritual principles. I would describe them, fundamentally, as a kind of form of religious narcissism.”

Despite the rarity of side-effects, Rae sees some people obsess on negative outliers to create an anti-vaccination world view they think is logical. But rather than worrying about why people are not getting vaccinated she wants to focus on helping people get vaccinated—and restoring social closeness. She says her work is “a tactile kind of relationship with people—touching people, holding them, hugging them, being with them, holding their hand. So much of that is gone.“

And on November 10, in a church sanctuary, she took a step closer to that closeness, and saw others do the same.

“I will go home today very happy that I saw with my own eyes six people who yesterday weren’t vaccinated are now vaccinated. And it’s six more people that I can literally embrace and say, ‘I want to help you in as much a full human way as possible.’”

This item is reprinted with permission from The Leaf, Winnipeg, Manitoba.