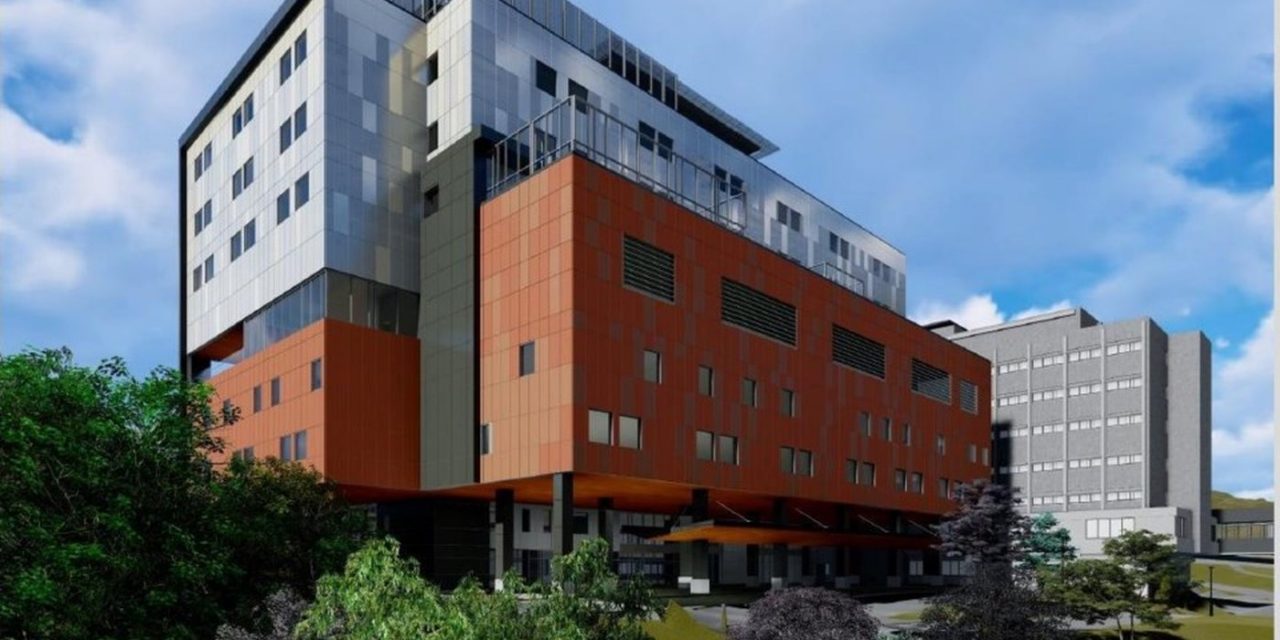 The new patient care tower at Royal Inland Hospital will be named after Phil and Jennie Gaglardi, following the largest-ever donation to the RIH Foundation and Interior Health.

On Wednesday morning, the RIH Foundation held a press conference to unveil the name, as well as a $15-million donation from the Phil and Jennie Gaglardi Foundation. The RIH Foundation has been working to raise money for the hospital project, and the Gaglardi’s gift puts them about $10 million of their $35 million goal to raise for hospital equipment in the tower, which is expected to open next July.

Phase one of the RIH redevelopment project includes the Phil and Jennie Gaglardi Tower, including a new main hospital entrance and operating rooms, mental health and substance use inpatient unit, a rooftop helipad and a new maternal and child services ward with expanded labour and deliver post-partum care and NICU unit. Phase two will include renovation and expansion of the emergency department, a post-anesthetic recovery unit and new paediatric unit.

The RIH Foundation made the announcement in the soon-to-be completed atrium of the under-construction patient care tower, with speeches from a number of dignitaries in front of a full room of attendees with COVID-19 protocols in place.

Andrea Gaglardi, from the Gaglardi family, said the need for the project to come to fruition to improve hospital services spurred the donation with Kamloops being a sentimental place as her father and grandparents called it home and they still visit often and own a number of businesses in town.

“We thought we should be a part of it [the patient care tower] and we needed to help and I’m really pleased we did because, in the last two years, the world has changed,” Gaglardi said.

The new tower’s name honours her grandparents, Phil and Jennie Gaglardi, who were longtime Kamloopsians and Pentecostal ministers. Phil Gaglardi was probably best known for his time as a B.C. Minister of Highways, during which he earned the nickname “Flyin’ Phil.” His grandson is Tom Gaglardi, majority owner of the Kamloops Blazers. The Gaglardi family also owns Northland Properties, which owns the Dallas Stars and Sandman Hotels.

The fundraising campaign remains open until 2023 and Coleman encourages anyone to make a donation to their hospital.

She said the eight-figure ask from the Gaglardi family was calculated based on other naming rights donations and square footage.

The new building is expected to help RIH attract new and retain existing doctors and other health care professional.

RIH Chief of Staff Todd Ring said potential new staff want to work in a state of the art facility and are used to certain equipment and space seen in other hospitals, and current employees want the same.

“And that is what we’re trying to outfit this hospital with, which is why it’s so important the get the generous support of our donors,” Ring said.

Asked if RIH will be hiring new employees to fill the Gaglardi Tower, RIH executive director of clinical operations, Tracy Rannie, said recruitment for the new building will be an ongoing process, but didn’t know approximately how many people are being sought.

“We are looking for all different specialties right across the board to help assist us, move us, in to the new building,” Rannie said.

RIH nurse of more than 30 years, Nancy Garrett-Petts, said the new building could not be coming at a more opportune time given staffing shortages, recruitment challenges, overcapacity and staff fatigues at Royal Inland Hospital.

“These challenges are very real and felt deeply, but this new facility has the potential to energize and inspire,” Garrett-Petts said.

Features such as the new operating rooms are expected to enhance existing services like cancer surgeries, while inpatient units will keep trauma and stoke patients in dedicated cohorts, with large, single-patient rooms.