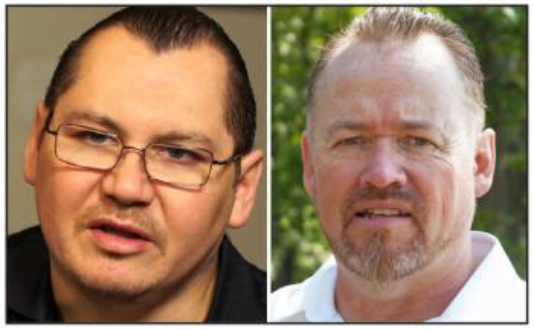 Fear of losing land to a growing number of groups claiming Indigeneity almost derailed a resolution that looked to push Canada to address “the unique issues facing First Nations without reserve lands or recognition.”

Papaschase First Nation, which was recognized by the AFN in 2018, is a band without land. Bruneau says there are about 30 such bands that are not recognized for a variety of reasons.

In the case of Papaschase, they signed an adhesion to Treaty 6 in 1877. Under treaty they received reserve land in what is now south Edmonton. But by 1886, they were driven off the land and it was illegally surrendered, Bruneau said.

“We just want what’s duly ours and to take a rightful place as a First Nation treaty member. And, of course, get back what belongs to us.”

Wolf Lake First Nation Chief Lisa Robinson could empathize with the sentiment, but it was her concerns that moved the resolution out of an omnibus bill that included four other resolutions dealing with lands, rights and recognition and resulted in a 45-minute discussion.

“Us at Wolf Lake, we’ve been part of that litigation process now for, I’m going to say 30 years into the ‘80s. We were close. Policy changed and it didn’t work out for us. But we’re really close now. We’ve been involved in a specific claims process,” said Robinson.

However, she was concerned that additional tools to claim land would open the doors to other groups, allowing them to negotiate modern-day comprehensive land claims.

“How do we decide who is a recognized First Nation and who isn’t, because Canada certainly cannot do that. They’ve created a mess right now in our reality, in our situation,” said Robinson.  “The concern that I have is giving clout to these other groups and other ways for them to be able to substantiate their existence.”

“I do have a lot of the similar issues with creating a platform for this wave of self-identified groups that are calling themselves First Nations in our territories and have no historical reference to back their claims. In fact, in a lot of cases, they’re using Wolf Lake’s history or Nipissing’s history to try and strengthen their claim to areas within our territory,” said Chief Scott McLeod of Nipissing First Nation.

Chief Alex Batisse of Matachewan First Nation said these associations were already having an impact on his nation’s treaty land entitlement battle.

“It’s causing a headache right across Ontario… because they’re tying to get into the mining sector with us, trying to establish consultation and whatever,” said Batisse.

He singled out the challenges that are being presented by “some of these Métis groups.”

Over the past number of years, the rise of the Eastern Métis has been well-documented as a genealogical movement from descendants who are finding long ago Indigenous ancestors. Some of those “finds” have led to court challenges with new organizations claiming Métis status for land or rights. All court challenges have been dismissed.

“I know you’re dealing with issues over there in your respective areas. And yeah, there are going to be fraudulent groups and wannabes coming forward and trying to make a claim, because it’s profitable. What I’m addressing here is real nations needing to get recognition to address their real claims,” said Bruneau.

He re-iterated the need for the AFN to assist bands like his to “getting to the table with the ministers, like (Crown-Indigenous Relations) Minister Marc Miller so that we can look at addressing our real issues and dealing with real claims.”

The resolution stated that neither the Indian Act nor the Addition to Reserve/Reserve Creation Policy Directive provided adequate mechanisms for the recognition of First Nations or the provision of reserve land. Without an adequate mechanism, “First Nations are forced to engage in costly and prolonged litigation or rely on the political goodwill of the federal government.”

The resolution called on Canada “to work directly with the AFN and affected First Nations to review and re-design the New Bands/Band Amalgamation Policy, as well as the other relevant laws and policies.” It also directed the AFN to facilitate that full participation of First Nations and to advocate for sufficient funding to allow the work to be done.

“But once this resolution leaves our hands and if Canada acts on it, we’re no longer in control of the policy that they create. And they determine who the First Nations are. And right now, they’re on this kick of honouring self-identifying groups and we lose total control,” said McLeod.

Any mechanism that gave Canada that ability or authority to designate new bands or new lands that would affect lands claims, said Chief David Monias of the Pimicikamak Cree Nation, had to be handled carefully.

It was with this in mind that chiefs discussed possible amendments to the resolution that would restrict the federal government to negotiating only with recognized First Nations with no lands.

Kukpi7 Judy Wilson of the Neskonlith Indian Band told chiefs that the AFN’s Chiefs Committee on lands, territories and resources had a list of the bands that are affected. That list could be used for the resolution. She also said the committee would be meeting shortly and would discuss the concerns that had been raised during the discussion of the resolution.

The resolution was passed.