Director Aimee Bryck spoke on two discretionary use applications. The first was for a farm building on a property. The application was previously tabled pending further information. The applicants submitted a letter of intent to clarify. The Council unanimously approved the application.

The second application was also for a farm dwelling. The RM gave notice to adjacent landowners, and the applicants provided a letter of intent. Administration recommending approval subject to conditions. Council approved the application.

Councilor Jeremy Andrew said because of inflation – the RM had a deficit. To address the shortfall, the committee recommended subsidization from the 2021 surplus and a 4.5% mill rate increase. They also recommended reducing the contribution of the office relocation by 50% and temporarily borrowing from the emergency reserve. In addition, recommending to omit the contribution to the shop relocation until there is a plan for the shop. “This is the best we could do from the finance committee while still maintaining our operations and all of the projects we wanted with all of the inflation we are seeing this year.”

CAO Merksosky noted they looked at the inflation rates and were trying to stay under current rates of – Canada 6.7, Sask 5.7, Regina 5.5. The Council unanimously passed the budget.

Neil Cromarty presented as a delegation to Council regarding traffic issues for a grid going west on highway 743. He said the road’s condition has been problematic for over ten years. Ruts and significant dust have developed due to increased traffic because of the popularity of Wascana Trails and Over the Hills Orchard. Cromarty put up a trail camera and counted 1000 cars driving past his property in one day. He said the dust is affecting their health and pasture. Over the past three years, he has contacted SGI, the bicycle groups that look after the parks, the MLA, the Ministry of Environment, and the RCMP and has put flyers on people’s vehicles asking them to slow down. He said everyone says the RM is responsible for the road. He gave several comparable examples of other RMs that address similar issues – the RM of Sherwood provides dust control, and at White Butte, speed is reduced to 40. To control traffic, Cromarty suggested the RM could apply similar vehicle allowances to Over the Hill Orchard as they had with Fennick Farms, which has a 50 vehicle limit. He asked the RM to apply dust control on both hills through the valley, reducing the dust and rutting.

Council will be sending the matter to the public works committee to review.

Councillor Glenda Schlosser thought it would be PDAP to determine if it was. Councillor Andrew said he wasn’t comfortable putting his name on an application that stated the cause of the deaths was the storm. Council would not make a motion either way.

CAO Merkosky suggested the RM submit a SARM resolution where PDAP would leave the RM out of the process when there are small disasters because “I don’t think its fair for council to support or not support a claim when you are talking about an individual.”

Assistant Administrator Chouinard said she had information regarding the general matter. The Reeve said it could come back later if it weren’t specific to this application.

Councillor Derek Neuls wanted to know from PDAP how many other applications had been submitted for that period as it may be relevant. Councillor Jeremey Andrew responded, “Derek, I think you are reading some tea leaves that aren’t here.” When Administration Assistant Jaqueline Chouinard was allowed to speak, she said the PDAP rep said they had received a number of applications from South Eastern Saskatchewan and some from outside of Regina. The rep also said they just need the RM to make the designation, and PDAP will look at each application individually and decide on its merits. Council then voted on it. Councillors Schlosser, Jordison and Neuls voted to support the application. Councillors Andrew, Garbutt, Langford and Reeve Farago voted against it.

Council added their approval RPS Energy Seismic Project – Councillor Langford declared a conflict as his land is listed in the documents. The company is looking for minerals. Highways have approved the project.

Little Church Bridge tenders have been rejected. The RM of Longlaketon and Lumsden will be considering if they wish to pursue a more moderate bridge.

The RMS audit has been delayed due to COVID.

Council held two closed sessions with no resolutions resulting from either. 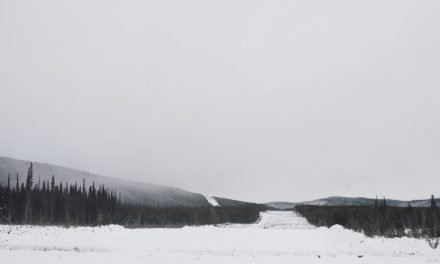 Remote NWT hotel closing due to 2021 floods and insurance lack